NBC News titled their headline, “As the Taliban gains ground, Biden grapples with the ghosts of Saigon.”

Punchbowl News reported Monday that President Joe Biden does not agree with the comparison:

Biden also downplayed the comparison to South Vietnam, saying Americans would never see an image of U.S. helicopters plucking people off rooftops in Afghanistan, similar to what happened in Saigon in 1975. Which is what happened on Sunday, just five weeks later, when American forces took embassy staff out of the U.S. compound. This video was played on repeat Sunday.

“There’s going to be no circumstance where you see people being lifted off the roof of [an] embassy… of the United States from Afghanistan,” Biden said July 8.

Meanwhile, Secretary of State Antony Blinken was asked Sunday on CNN if the evacuation was Biden’s “Saigon moment.” 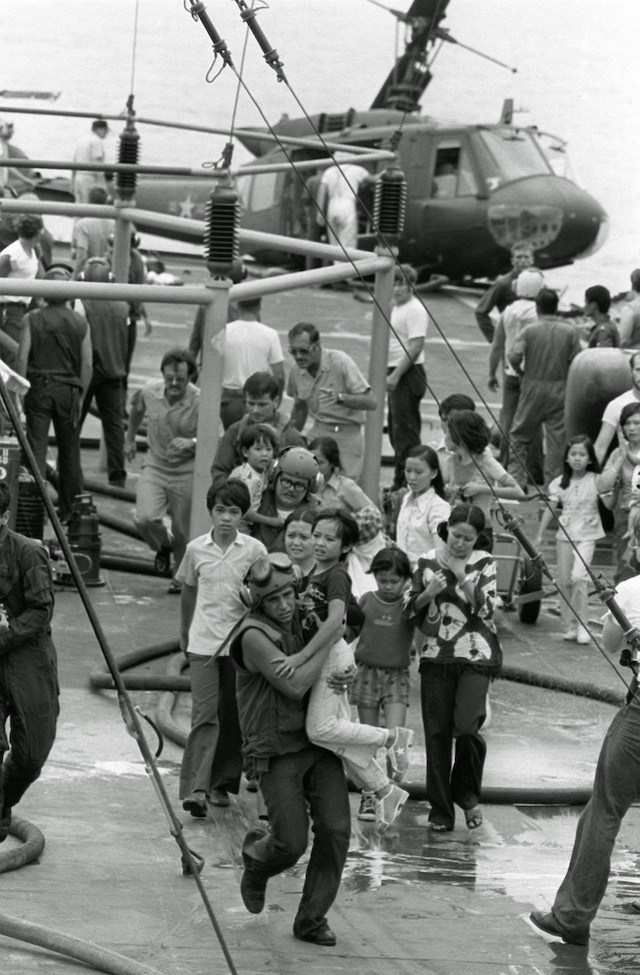 U.S. Marine helicopter crewmen carry Vietnamese civilians to safety aboard the U.S.S. Blue Ridge April 29, 1975, after their evacuation helicopter crashed on the deck of the amphibious command ship. (AP Photo)

“No we’re not,” Blinken stated. “Remember, this is not Saigon. We went to Afghanistan 20 years ago with one mission, and that mission was to deal with the folks who attacked us on 9/11 and we have succeeded in that mission.”

“The objective that we set: bringing those who attacked us to justice, making sure that they couldn’t attack us again from Afghanistan,” he continued. “We’ve succeeded in that mission, and in fact, we succeeded a while ago. And at the same time, remaining in Afghanistan for another one, five, 10 years is not in the national interest.”