The event, hosted by Turning Point USA, is slated to begin at 6 p.m. MST. The first 100 guests will receive a free copy of Marlow’s investigative blockbuster. Those who are not able to attend the event in person will be able to view online it the following day. Find out more about the event here. 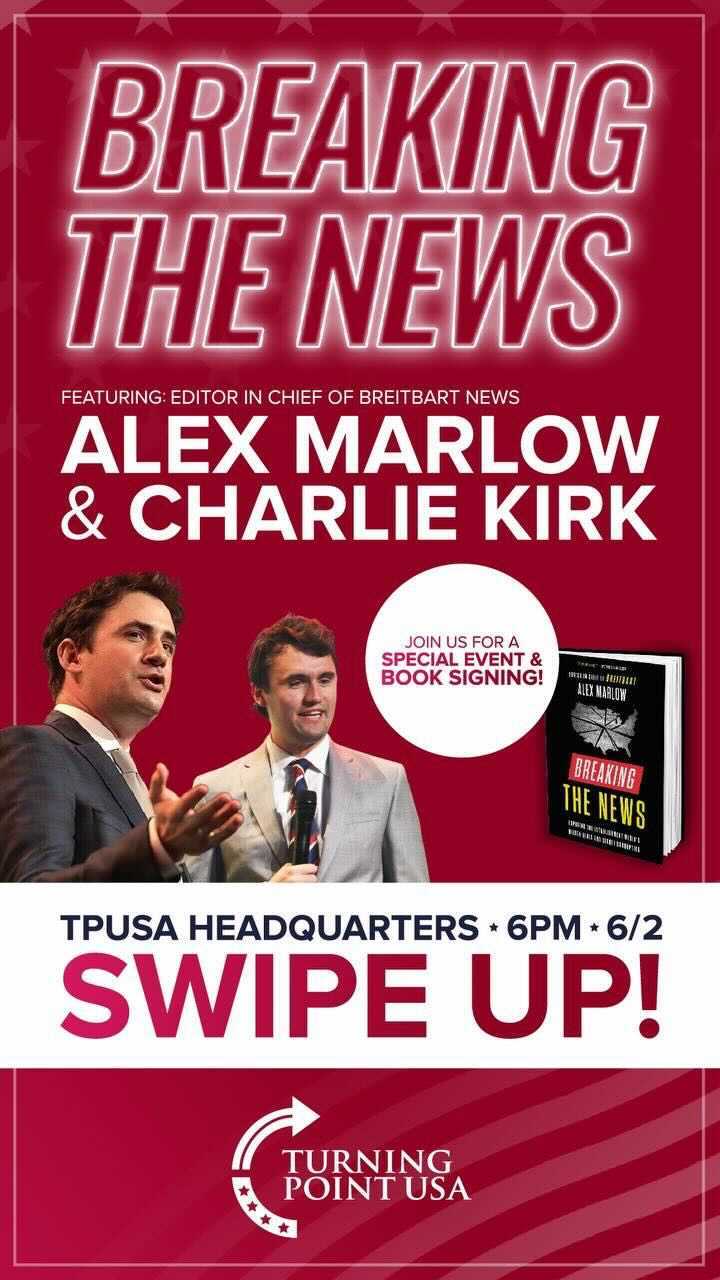 Marlow’s bombshell ranked #13 on the New York Times’ Hardcover Nonfiction list and #11 on USA Today’s Top 150 Best-Selling Books list less than two weeks after its release. The exposé details what Marlow brands as the incestuous relationship between the radical left and the establishment media.