Samuel Scott Chi, a Breitbart News Senior Editor, passed away in the early morning of September 9, after battling pancreatic cancer for more than two years.

“Although Sam was only part of the Breitbart family for a short time, he enriched all our lives and his contributions were extraordinary,” Breitbart President and CEO Larry Solov said. “He will be greatly missed.”

Sam was 48-years-old and is survived by his wife, Jill R. Dorson, and his 12-year-old daughter Rachel. 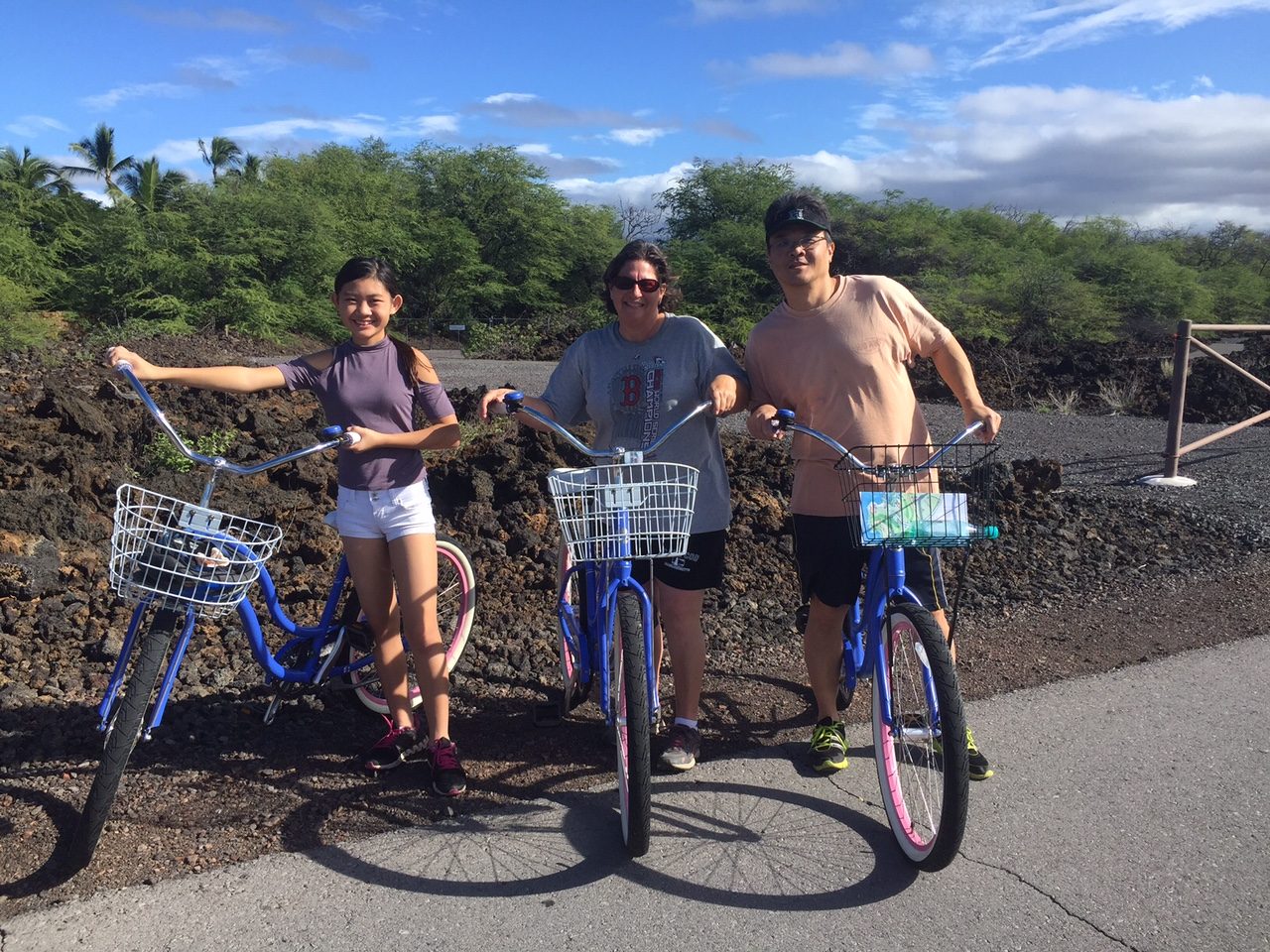 Sam, his wife Jill, and his daughter Rachel in December 2016. (Courtesy of Jill Dorson)

He had worked at Breitbart News since early this year.

If there is a personality type that is the greatest asset to the Breitbart virtual newsroom, it is that of the “Happy Warrior.” Andrew Breitbart certainly fit that description, as do countless others working for Breitbart News today. Not only was Sam Chi a quintessential happy warrior in the spirit of our founder, he was also a skilled editor and a decent man.

To understand how Sam embodied the term “Happy Warrior,” watch his “We Are Breitbart” video where he describes his life, from humble beginnings in Taiwan to becoming a “Freedom Fighter” for Breitbart News:

Sam is remembered by colleagues and loved ones as having an enormous heart, a quick wit, and a terrific work ethic.

But perhaps Sam’s most notable feature was his loyalty. “If you were Sam’s friend, you were always going to be his friend,” Jill told Breitbart News in an interview shortly before his death.

He was the “smartest person I’ve ever met,” Jill said, noting that he had an encyclopedic memory of facts and figures.

Sam moved to the United States from Taipei, Taiwan when he was 14 years old, speaking only a little English but with high hopes. Even though Taiwan is highly westernized, Sam said that all of the children he knew wanted to go to the United States. They believed that, in America, when you turn on the tap, milk comes out instead of water. Sam was deeply disappointed to learn that wasn’t the case, but other than that, the USA was everything he had hoped for.

Despite his English language deficiency, Sam completed high school and received a journalism scholarship from Cal State Fullerton, where he graduated in 1991.

He soon began his career in journalism, reporting for various papers, most notably the Pasadena Star-News and the flagship of the Hearst newspaper empire, the San Francisco Examiner. When at the Examiner, he covered the Cal Berkeley sports beat and broke the news that Coach Steve Mariucci was leaving the Golden Bears for the San Francisco 49ers. Sam slept outside the coach’s house in his car to get the scoop, which jump-started his career.

After several years at the Examiner and a brief stint at UCLA in the graduate school of political science, he moved back to the Bay Area where he covered golf and the NFL for the Contra Costa Times.

He met fellow journalist Jill Dorson, who would become his wife, at a NCAA regional basketball tournament in Sacramento. “We were the only two people who weren’t middle aged white men covering the games,” Jill joked with me about her early moments bonding with Sam.

They moved together to Florida soon after and bought a bed and breakfast. They ran the B&B for seven years while Sam kept his journalism skills sharpened with freelance reporting.

During this time, Sam’s love of sports inspired a new business venture. He launched the Sports Media Exchange, where he matched freelance sports writers with assignments.

Sam also launched a website, BCSGuru.com, where he analyzed college football data and made projections based off of the complicated algorithms of the college football Bowl Championship Series. He amassed a following of thousands, which was a huge pride and joy for him, Jill says.

After a move back to Southern California, he returned to journalism full time by joining RealClearPolitics in 2008, one of the country’s most popular news websites. He was hired to revamp RealClearSports and went on to launch RealClearWorld, the international news section of the website, and RealClearHistory, which Jill described as his personal favorite. 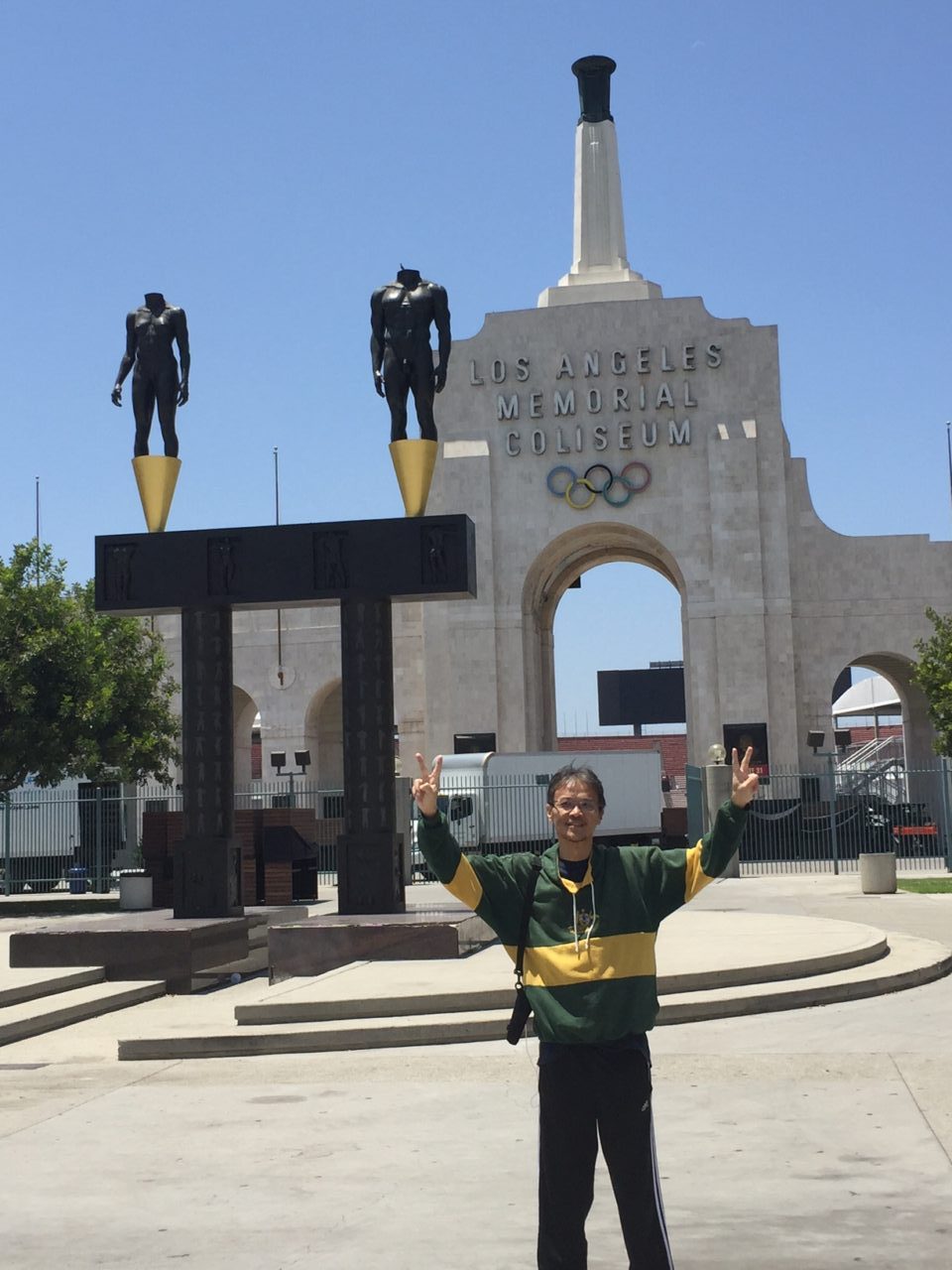 Sam at the Los Angeles Memorial Coliseum in July 2017. (Courtesy of Jill Dorson)

Late in 2016, 18 months after he was diagnosed with pancreatic cancer, Sam decided to look for a new job. An unflinching optimist, Sam believed he was going to beat the disease and crystallized this idea with his hunt for a new career challenge.

He started at Breitbart News earlier this year as a front page editor and also contributed to Breitbart Sports and Breitbart California.

Jill says that in his final year, the work for Breitbart News gave him a reason to get up in the morning. He relished his interactions with colleagues and was comforted by the knowledge he was making a difference in society.

Sam’s family and friends describe him as a news junkie, a sports fanatic, and a foodie. His favorites are Michigan football, Cal St. Fullerton baseball, the Los Angeles Dodgers, and Chinese cuisine (to Sam it’s not “Chinese food,” it’s just “food”).

As a California-based conservative, he also found plenty of opportunities to have political discussions and debates.

He loved camping, the outdoors, riding his bike, playing golf, and watching movies. He was an all-around history buff with a particular focus on World War II. But gathering with family and friends to watch and discuss sports was perhaps his greatest joy.

Sam Chi had grit. Even through his cancer fight, Sam never lost his sense of humor, was never negative, and never complained. The only thing he regretted was not being able to be with those who love him, especially his daughter Rachel.

In addition to Jill and Rachel, Sam is survived by his parents Larry and Hannah Chi, and his sisters Karis and Tephillah Chi.

In my last phone conversation with Sam, he expressed regret that he could not continue to work at Breitbart News. In a touching exchange I had with Sam just a few weeks before he passed, we strategized at length on how to keep his voice as a part of the site for as long as possible.

As his body began to fail him, not once did I see Sam pity himself, nor did I see him lose sight of what’s important: family, hard work, and freedom. He was an accomplished journalist and a warrior for American values. It’s heartbreaking that Breitbart News and those who love Sam Chi have lost a good man in his prime.

May he rest in peace.

If you would like to make a donation in Sam’s honor, please do so at: Cal State Fullerton Baseball through the Titan Dugout Club or the William H. Isacoff Research Fund for Gastrointestinal Cancers (10921 Wilshire Blvd., Suite 505, L.A., CA 90024).