The Taliban is still banned from Facebook, but since the U.S. military withdrawal from Afghanistan, the group’s Ministry of Interior has been allowed to post to Mark Zuckerberg’s massive platform.

The Intercept reports that following the U.S. military withdrawal from Afghanistan, which made the Taliban the official government of the country, Facebook has been in an awkward position. Does the tech giant continue to ban the Taliban and consider it a terrorist group, or given the current political situation should the group be considered the legitimate government of Afghanistan and allowed to operate freely on the platform? In typical Zuckerberg fashion, the company seems to be playing both sides. 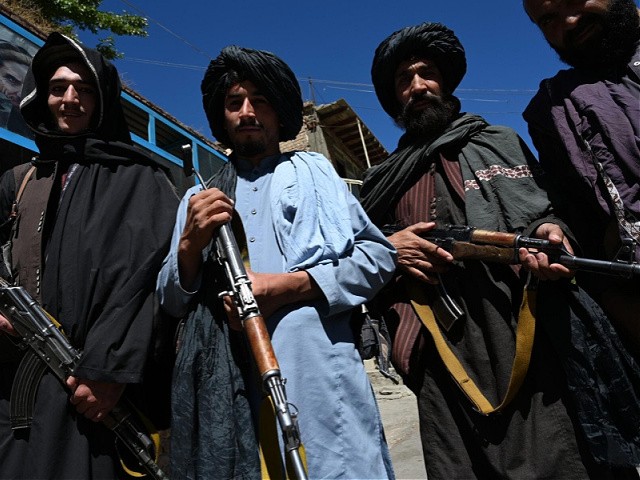 Taliban fighters pose for a picture in front of a bakery at a market area in Khenj district, Panjshir Province on September 15, 2021. (Photo by WAKIL KOHSAR/AFP via Getty Images)

Facebook initially tightened its controls on the group in August after the Taliban assumed power and worked to ensure that the group was kept off the platform, but internal documents reviewed by the Intercept show that Facebook made several exceptions to its Taliban ban and permitted certain government ministries to share content on Facebook.

For years the Taliban was blacklisted under Facebook’s Dangerous Individuals and Organizations policy. This policy blocks thousands of groups from Facebook platforms and dictates what people can say about them on the platform, but unlike others on the DIO list such as Al Qaeda and the Third Reich, the Taliban is now an actual sovereign government overseeing a country with millions of citizens.

At the end of September, internal Facebook documents show that the company created a DIO exception “to allow content shared by the Ministry of Interior.” The memo noted that only “important information about new traffic regulations,” should be allowed, adding “we assess the public value of this content to outweigh the potential harm.”

A second DIO exception allowed two specific posts from the Ministry of Health as they contained information relevant to coronavirus. However, despite these exceptions, the Interior’s Facebook page was deleted at the end of October and the Health Ministry’s page has been inactive since October 2nd.

Another internal memo showed that for 12 days in August, other government figures on Facebook were permitted to recognize the Taliban “as official gov of Afghanistan” without risking deletion or suspension.

Read more at the Intercept here.