Anonymous Rescuers have saved three dogs that were trapped near the erupting Cumbre Vieja volcano located in the Canary Islands. Before the dogs were rescued by a group calling itself the “A Team,” the dogs were brought food and water by drone and an audacious plan to rescue them using drones was hatched by concerned citizens.

NPR reports that a mysterious group of rescuers has saved a group of dogs that were stranded near the erupting Cumbre Vieja volcano on the Canary Islands. The rescuers left behind a spray-painted banner which reads: “The dogs are fine.” And was signed by the “A Team.” Little is known about the group or how they managed to rescue the stranded dogs.

Before the rescue mission, Gizmodo reported that three dogs were trapped near the volcano which is currently erupting on the Canary Islands. Rescuers were reportedly considering using a drone to attempt to save the pups. 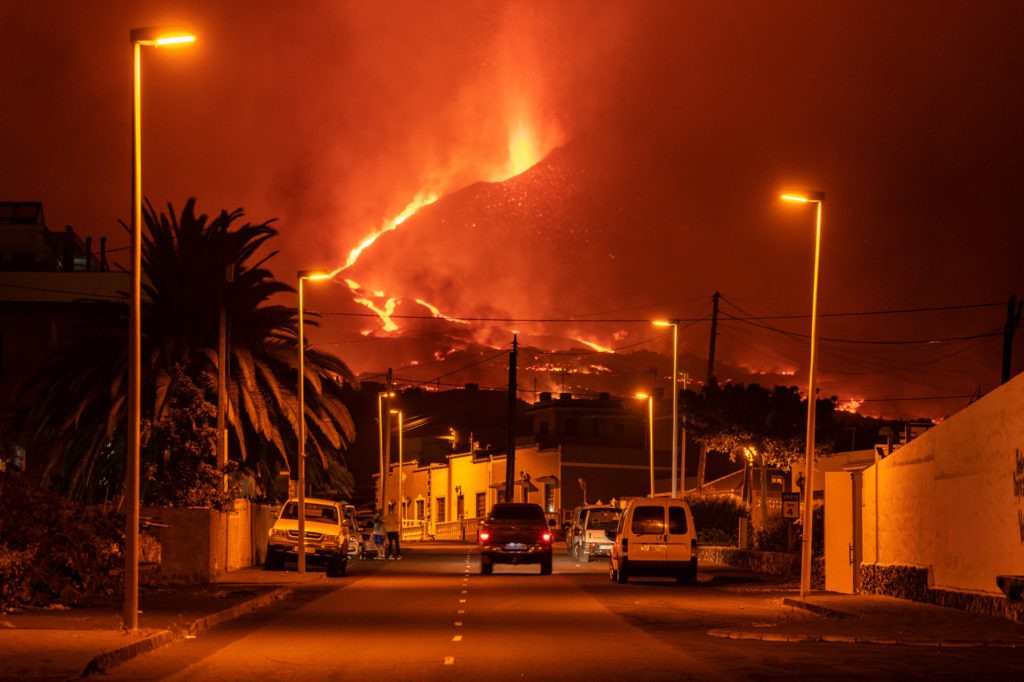 LA PALMA, SPAIN – OCTOBER 09: A car drives through an empty street in the neighborhood of La Laguna as lava flows from the Cumbre Vieja Volcano on October 9, 2021 in La Palma, Spain. The Cumbre Vieja Volcano erupted on September 19, shutting down the airport twice due to the volcanic ash. The numerous lava flows destroyed hundreds of hectares, but also formed peninsulas of volcanic rock, extending the surface of the island. (Photo by Marcos del Mazo/Getty Images) 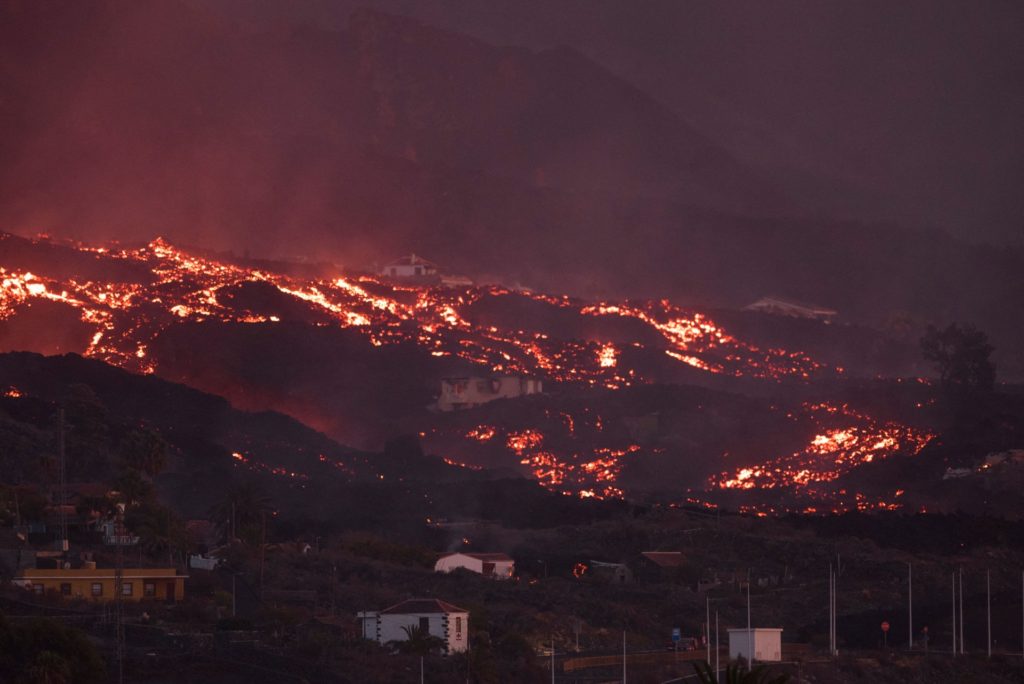 The dogs were reported to have been stuck in a yard surrounded by lava for over a month. In September, the Cumbre Vieja volcano erupted for the first time in 50 years. Thousands evacuated the area but the eruption continues.

Aerocámaras, a Spanish drone operation company, said recently that it planned to rescue the dogs. The company hoped to fly drones over the yard with food for the dogs to both feed them and hopefully gain their trust, allowing them to get used to the flying drones.

The drone operators believed that once the dogs became more trusting of the flying machines, they could drop cargo nets over them to pick them up and carry them to safety. Aerocámaras’ Jaime Pereira confirmed on Wednesday that the firm had received permission from authorities to carry out the rescue mission.

The firm was forced to complete a test mission in order to receive permission from the state. The test mission involved flying a quarter-mile with the drone supporting a load of 33 pounds. The mission was a success.

Pereira told the Spanish broadcaster Telecinco: “It is very difficult, technically it is the most complicated thing we have done by far. We are risking a lot.” The cargo net for the rescue mission is designed to hold around 50 pounds which should be enough to transport one dog at a time, but the operators have to be sure to time the lift-off perfectly to avoid picking up more than one dog and having the entire net fail.

The drone also reportedly only has 8 minutes of battery life, meaning that the trips would have had to be planned and executed in an extremely efficient manner. “It’s the first time an animal is being rescued with a drone and the first time it has to be captured,” Pereira told Reuters.

Helicopters are not currently permitted to fly near the area that the dogs are located as hot gases emitted by the volcano can damage their rotors. Going on foot to rescue the pups is also not possible. Pereira told Reuters: “If that’s the last option that the dogs have? Then we’re going after them.”