Texts between disgraced Theranos CEO Elizabeth Holmes and her ex-boyfriend and former Theranos COO Ramesh Balwani have been revealed as both face charges of wire fraud and conspiracy. The disgraced CEO boasted that she was the “best businessperson of the year,” just a year before the company fell apart amidst allegations of widespread fraud.

The Daily Mail reports that texts between former Theranos CEO Elizabeth Holmes and her ex-boyfriend and former Theranos COO Ramesh ‘Sunny’ Balwani give an insight into the lifestyle of the two former Silicon Valley celebrities. Both Holmes and Balwani are facing charges of fraud and conspiracy related to the blood-testing startup Theranos. 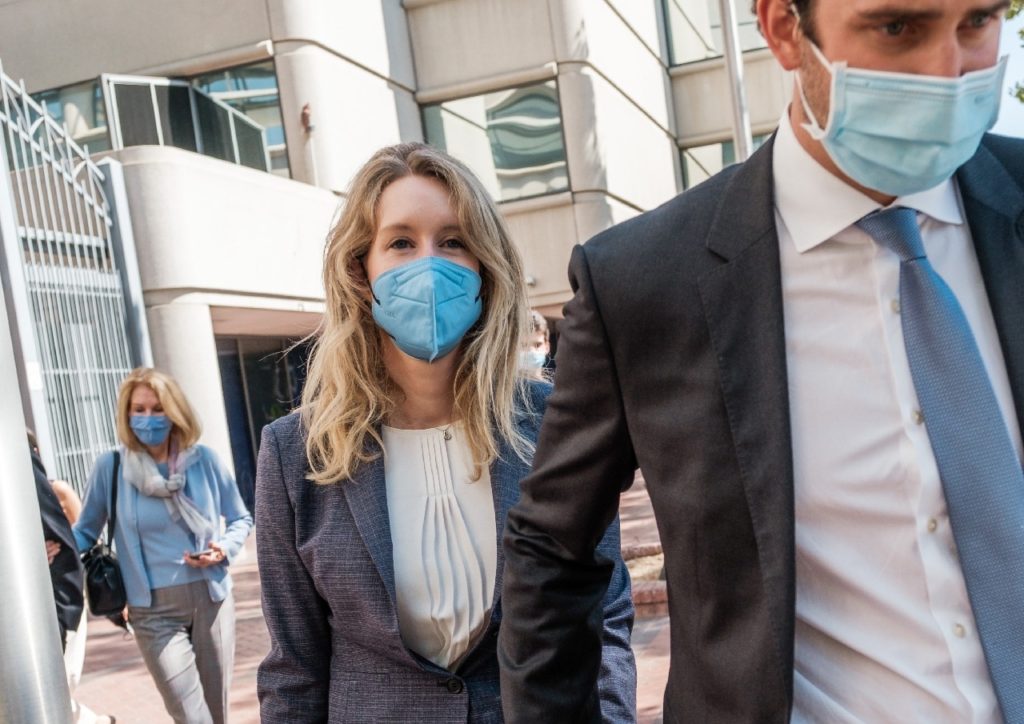 Elizabeth Holmes (L), founder and former CEO of blood testing and life sciences company Theranos, leaves the courthouse with her husband Billy Evans after the first day of her fraud trial in San Jose, California (AFP) 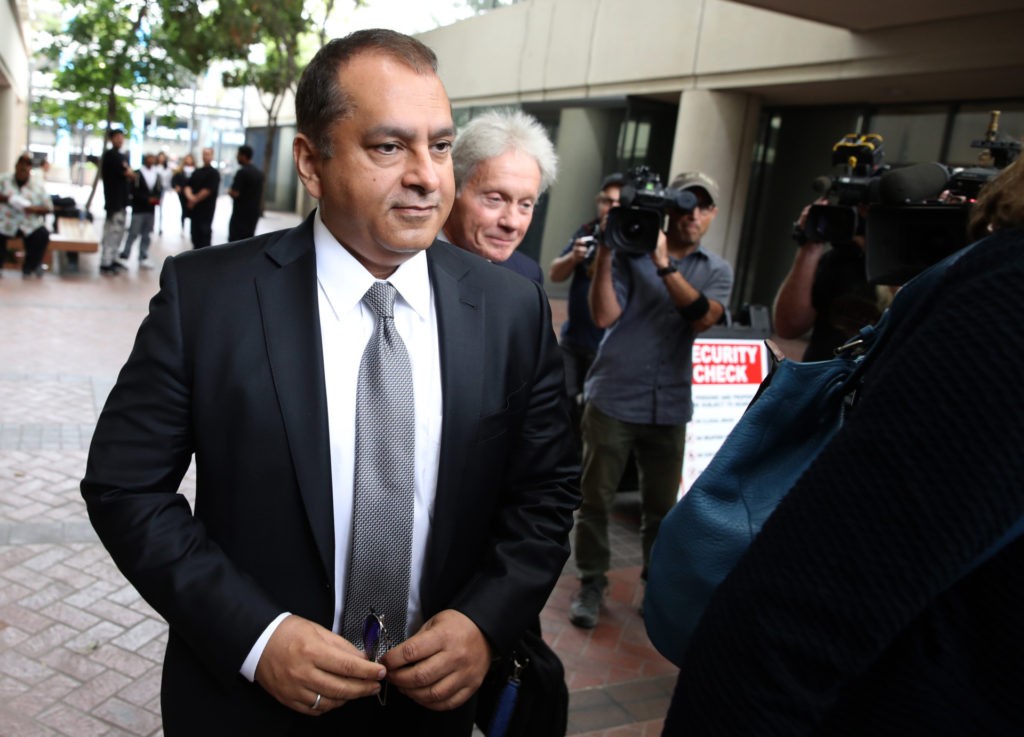 In November 2014, Holmes referred to herself as “best businessperson of the year,” telling Balwani: “My new life as of this night and forever more: – total confidence in myself best business person of the year – focus – details excellence – don’t give what anyone thinks – engage employees in meetings by stories and making it about them (ie prepare well).”

Ten minutes later, Holmes texted Balwani “no response?” to which he replied: “Awesome. U r listening and paying attention…” Balwani’s trial on the same charges of fraud as Holmes is expected to begin in January.

The texts give an insight into the lavish lifestyle the two lived. In a group text in April 2015, Holmes’ brother Christian messaged her and Balwani to discuss a trip to Las Vegas. Christian Holmes wrote: “Not sure if these are options but from dan: presidential suite at four seasons $3k,mandarin apex suite view of strip $3400 or presidential $15k, or encore junior suite $700 view of golf course.”

The trip was planned as Theranos and Holmes faced increasing scrutiny over the company and allegations that its blood tests were not reliable. Balwani texted Holmes: “The Vegas trip is such a distraction. Bad timing. But the guys bought everything non refundable. So we will do it. But then I don’t want distractions until we win.”

Holmes responded: “Then let’s focus on it in our room, do dinner, and go back early. I don’t like distractions ever.” She added: “Dinner can try the three star Michelin French in mgm – can just try all the ones that are top nationally rated and see what we get.”

Other texts give an insight into the romantic relationship between Holmes and Balwani. In one conversation, Holmes tells Balwani: “You are the breeze in the desert for me.” To which Balwani responded: “OK.”

Text messages between Elizabeth Holmes and Sunny Balwani today at the #Theranos trial.

Holmes:
"You are the breeze in desert for me."
"My water."
"And ocean."
"Meant to be only together tiger."