Reddit’s user-led moderator teams are protesting, because they believe the site — which banned the largest online community of Trump supporters ahead of the 2020 election — doesn’t do enough censoring.

The moderators, who are drawn from the ranks of Reddit’s decentralized network of communities (known as “subreddits”) but have largely been assimilated into the site’s politically biased power structure, want subreddits that tolerate debate on coronavirus, mask mandates, and vaccines to be shut down. 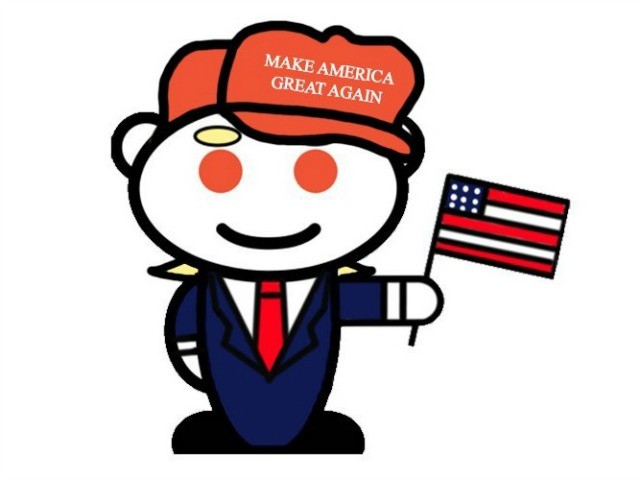 The mascot of the Donald, Reddit’s now-banned Pro-Trump subreddit.

Last week, the moderators of over 450 subreddits joined an open letter urging Reddit to “take action against the rampant Coronavirus misinformation on their website,” saying that subreddits existing “solely to spread medical disinformation and undermine efforts to combat the global pandemic should be banned.”

Reddit published a response defending its stance, saying it will continue to allow “debate” and “dissent” on vaccines and other COVID-related matters, even when it “challenge[s] consensus views.”

“We appreciate that not everyone agrees with the current approach to getting us all through the pandemic, and some are still wary of vaccinations. Dissent is a part of Reddit and the foundation of democracy,” the company said.

After the open letter, several subreddits shut themselves down in protest of the so-called misinformation.

Reddit is structured as a decentralized network of “subreddits,” run by volunteer moderators who set their own rules for the subreddit in addition to enforcing sitewide rules, which are set by admins. Because the subreddits are run semi-independently of the site administrators, it’s possible for moderators to voluntarily shut them down as an act of protest.

This pro-censorship stance on the part of Reddit moderators represents a massive shift from the old culture of the site, in which moderators sought to forestall top-down censorship imposed by the site admins. The last time this many subreddits collectively went dark was six years ago, in the “Reddit Revolt” of 2015 — but that was a protest against censorship.

It also signifies that the slow-rolling takeover of Reddit’s communities by far-left moderators, a process which began with the rising influence of the notorious “ShitRedditSays” community in the early 2010s, has largely been successful. Far-left, pro-censorship moderators have succeeded in taking over most of the big subreddits, purging those who disagreed with their approach, and are now set on extending their power across the rest of the site too.