According to a recent survey, almost one in four executives has fired employees over their behavior during Zoom meetings. Ranging from chronic lateness and embarrassing gaffes with the mute button all the way to inappropriate lewd activity such as the infamous case of CNN legal analyst Jeffrey Toobin, the majority of managers survey reported levied some form of disciplinary action due to employee Zoom behavior.

Bloomberg reports that a recent survey of 200 managers at large companies by Vyopta Inc. found that almost one in four executives have fired an employee for behavior problems during a video or audio conference. The majority of those surveyed had levied some form of disciplinary action over employee Zoom behavior, such as issuing a formal reprimand. Vyopta helps companies manage their workplace communication systems, something which has become increasingly important as many employees work from home amidst the coronavirus pandemic. 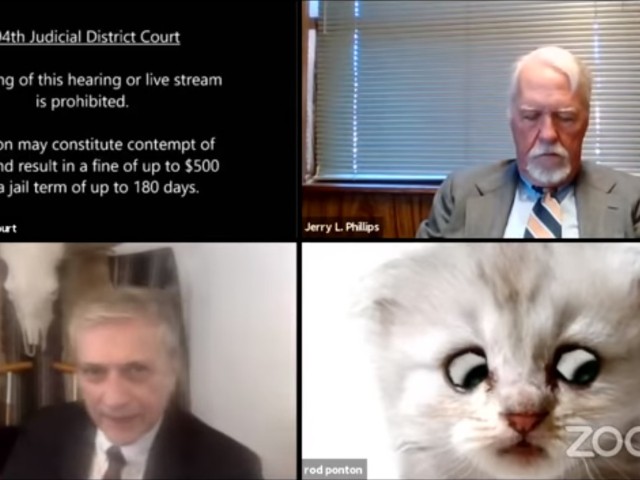 A Texas court hearing featured a lawyer with a cat filter added to Zoom.

According to the survey, workers are still adjusting to working remotely, making gaffes and problems during Zoom meetings a commonplace occurance. The teleconferencing software Zoom saw its daily participants in Zoom calls surge from 10 million per day in 2019 to 300 million in April 2020.

Many Virtual-meeting miscues include joining a call late, having a bad Internet connection, accidentally sharing sensitive information, and of course, not knowing when to mute yourself. The slip-ups can hurt businesses, leading to client defections, lost sales opportunities or missed deadlines, the survey found. Still, executives continue to support working from home, and nearly 3 out of 4 surveyed by Austin, Texas-based Vyopta plan to maintain or expand the number of employees allowed to work a hybrid schedule over the next 12 months.companies have since delayed plans to return to the office, Breitbart News recently reported that Apple has once again delayed the return of its U.S. workers to company offices due to fears surrounding the coronavirus. The company moved its October 2021 return date to January 2022, with the company noting that the schedule is still not fully confirmed.

Amidst the pandemic, some high-profile individuals found themselves failing to adjust to remote working and apps like Zoom, resulting in their firing. One notable example is Jeffrey Toobin who masturbated on a Zoom call with colleagues. 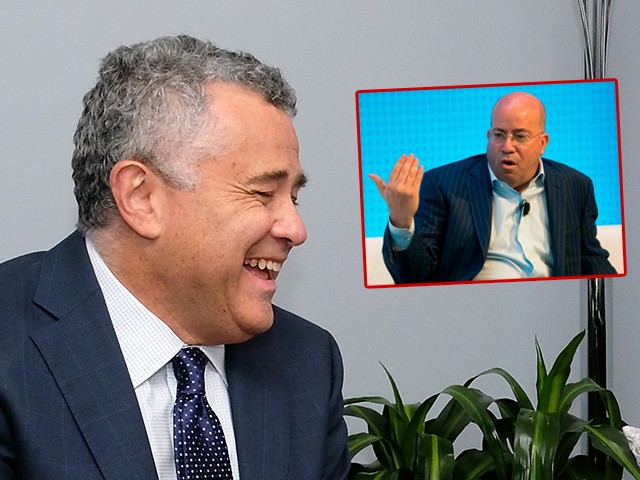 “I am writing to share with you that our investigation regarding Jeffrey Toobin is complete, and as a result, he is no longer affiliated with our company,” Stan Duncan, Condé Nast’s chief people officer, told staffers in a memo published by The Daily Beast.

“I want to assure everyone that we take workplace matters seriously. We are committed to fostering an environment where everyone feels respected and upholds our standards of conduct,” added the memo.

Although Toobin was fired from the New Yorker, he has since returned to CNN.

Read more about how workers are adapting to remote working at Bloomberg here.