Blake Masters, the tech leader running in the Republican senate primary in Arizona, blasted Apple for abandoning its previously robust commitment to user privacy with its announcement that it will scan users’ photo libraries for illegal imagery.

The candidate, who previously worked for conservative tech entrepreneur and early Trump supporter Peter Thiel, said users need a “new set of legal protections” to protect them from being “constantly spied on and exploited.”

Masters previously condemned PayPal for its plan to share Americans’ financial transaction data with the far-left Anti Defamation League, calling it an “obvious pretext to suppress any dissent.”

“Big Tech now operates as an extension of a surveillance state that indiscriminately violates your privacy,” said Masters. 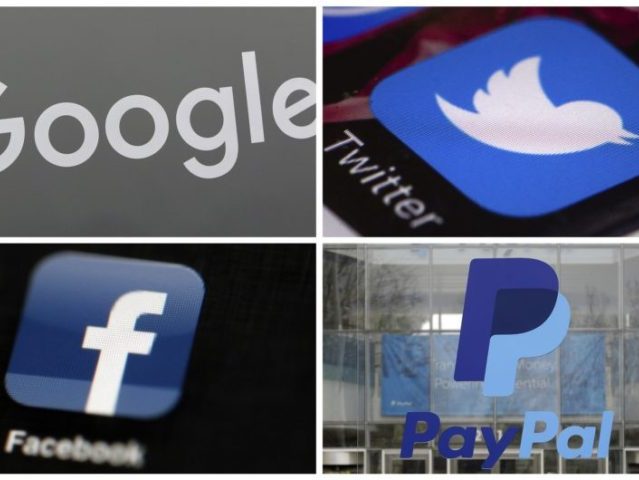 “What the government can’t do directly, it just tells Apple to do. But that violates the First and Fourth Amendments all the same. This is what modern tyranny looks like.”

Data collection is not integral to Apple’s business model as it is for its competitor Google, and the company previously enjoyed a fairly unblemished record for upholding user privacy.

The company chose to water down that commitment with its announcement that it would proactively scan iPhone and iPad photos, purportedly to root out child abuse.

Apple’s announcement came just two weeks after PayPal announced it would share data with law enforcement as part of an effort to combat the “far right,” and an “anti-terrorism” consortium of other tech giants including Facebook, Google, and Microsoft, announced it would shift its monitoring focus from Islamic extremism to “white supremacists” and “far right militias.”

“Conservatives need to wake up: these companies use the same playbook every time. First, they introduce ‘necessary protections’ to take on a real problem — something awful like child abuse, which no one in his right mind would defend,” said Masters in a press release.

“They then put in place processes that allow them to secretly review your private information and correspondence. If they see something they don’t like, they’ll report you to law enforcement.”

“Before long, they’ll be scanning your phone for ‘extremism’ or ‘hateful content,’ and everybody who opposes our new oligarchy will be a target.”

“Enough is enough. Your data on your devices should belong to you. We need a new set of legal protections that protect users from being constantly spied on and exploited by massive technology companies… even when the Biden Administration claims it’s ‘for your own good.'”