Anti-Big Tech lawyer and Republican official Harmeet Dhillon slammed Microsoft partner NewsGuard in a Daily Caller op-ed yesterday, calling the establishment-backed news rating system an example of the “commonplace belief among these paternalistic elites that the common man needs to be protected from raw, ‘unfiltered’ news and opinion.”

Dhillon is a trial lawyer who has taken Google to court on behalf of James Damore and other former employees of the tech giant over allegations of political viewpoint discrimination among other charges. She is also the lead lawyer representing feminist Megan Murphy in her case against Twitter, which banned her for allegedly disputing a transgender person’s gender.

NewsGuard purports to rate the trustworthiness of news outlets by giving them green “trustworthy” labels or red “untrustoworthy” ones. The project’s browser extension was recently installed by default on the Microsoft Edge mobile browser — users only have to activate a setting before they see NewsGuard’s green and red labels next to virtually every news link they see through their browser. NewsGuard’s board is largely made up of alumni of establishment media and neoconservative power players, and its investors include a PR firm that spins positive news for Saudi Arabia.

The Daily Caller has been given a “green” rating by NewsGuard, but it still chose to publish Dhillon’s piece, which is highly critical of the project. 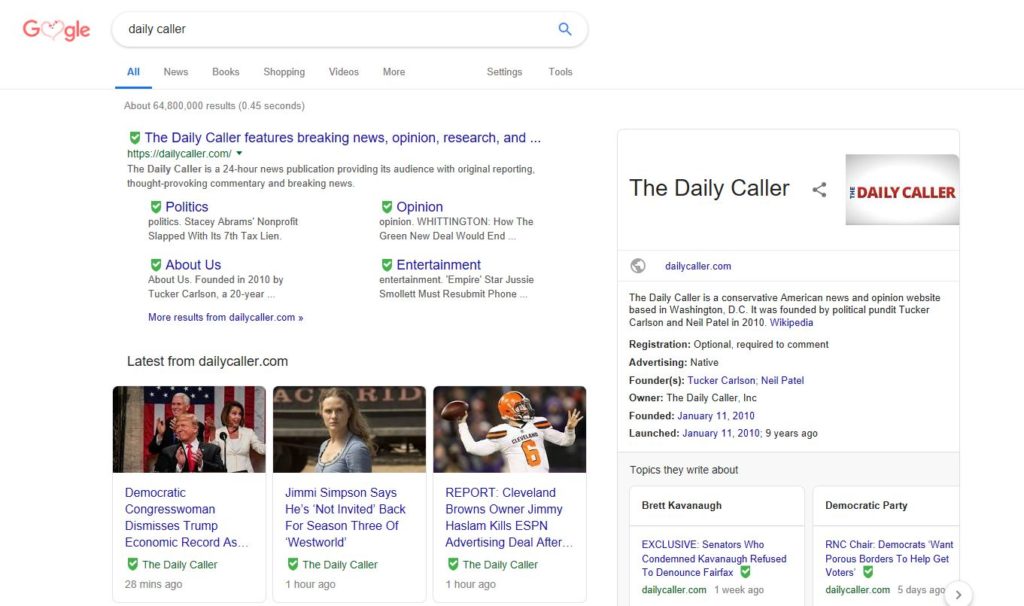 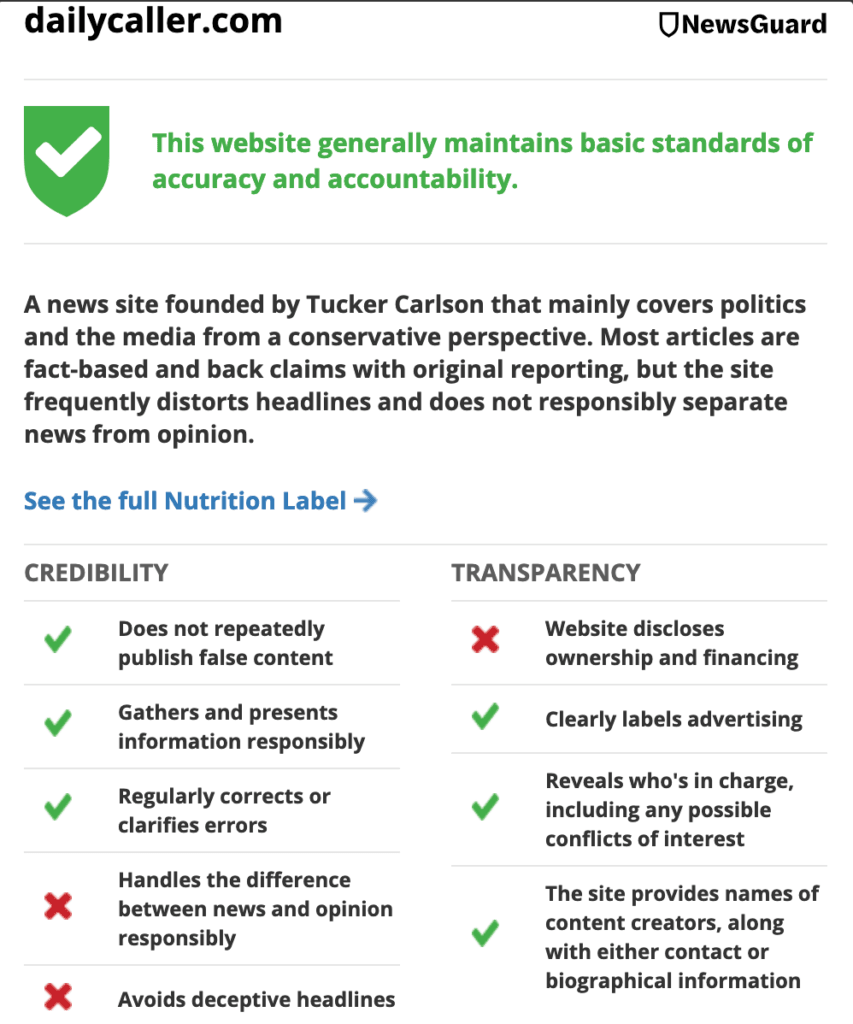 It should come as no surprise that NewsGuard’s creators and censors come from the same media world they seek to police, mostly former editors and publishers of establishment news and opinion publications. Nor should the syrupy praise their former colleagues and co-workers are already lavishing on the scheme be surprising – it has become a commonplace belief among these paternalistic elites that the common man needs to be protected from raw, “unfiltered” news and opinion.

Which media sources are arrayed on the other side of this equation, the “bad news” bears designated on NewsGuard with red exclamation points? Exactly who you’d expect: Breitbart News; Drudge Report; the Daily Mail, Britain’s third-largest newspaper; and other outlets popular outside the Acela corridor.

The op-ed also noted how big tech could benefit from this attempt to filter the news for ordinary people.

The most novel aspect of this news-censoring trend is Microsoft’s involvement. Google and Facebook have been engaging in media censorship for years, but this is older generation big tech getting in on the act, perhaps in some ways demonstrating that it has to censor just to keep up with its younger, and more innovative, social media brethren.

What’s at stake here? News outlets such as Breitbart have broken some of the biggest scandals eating away at Microsoft and other tech giants’ public images.

The op-ed also includes an editors note from the Daily Caller clarifying the relationship between Microsoft and NewsGuard, apparently a sore point for the technology giant. The update reads,  “Editor’s Note: A previous version of this opinion article used the words “by default” and “immediately” but did not specify that while versions of Microsoft Edge are pre-loaded with “NewsGuard,” users must turn the plug-in on in their settings. Those words have been removed to clarify the meaning.”

Read the full piece at The Daily Caller.