PENSACOLA, Florida — It was something you might not have expected to see at a Trump rally. However, Friday night, President Donald Trump played a Bernie Sanders’ presidential campaign ad for his supporters. 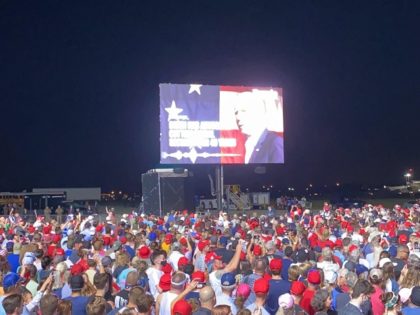 PENSACOLA, Florida — During a campaign visit to the Sunshine State on Friday, President Donald Trump told a crowd of several thousand rallygoers to expect strong gross domestic product numbers for the third quarter of 2020 when the Commerce Department releases its numbers just days before the November 4 presidential election. 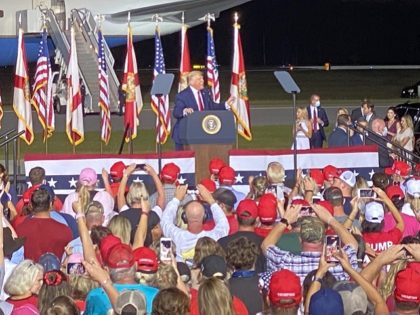 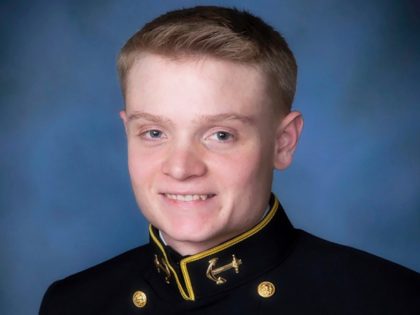 Law Enforcement: Florida Air Base Shooter Had Prior Contact with Al Qaeda

Law enforcement sources indicate that Pensacola, Florida, Naval Air Base gunman Mohammed Alshamrani had contact with Al Qaeda prior to opening fire on innocents on December 6, 2019. 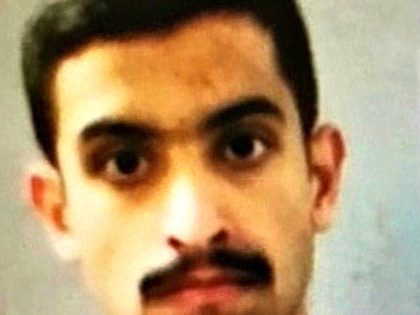 Apple is reportedly preparing for a legal showdown with the Trump administration over the federal government’s request for access to the iPhones used by the Saudi terrorist who shot and killed three U.S. sailors in Pensacola, Florida, in December. 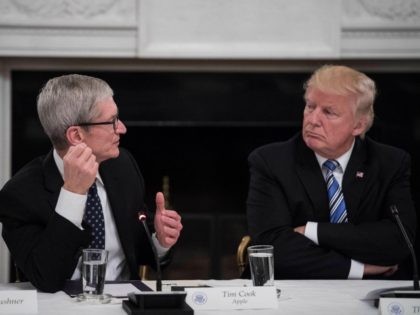 Over a dozen Saudi servicemen stationed at U.S. military bases are set to be kicked out of the United States following an inquiry prompted by the deadly shooting at Naval Air Station in Pensacola, Florida. 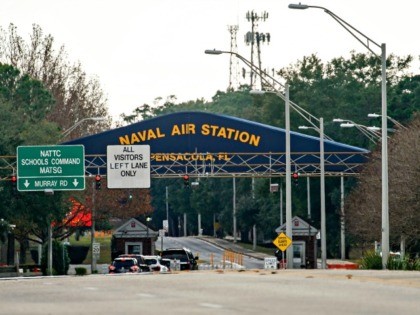 EXCLUSIVE: 9/11 Lawyer – FBI Should Not Classify Info to Protect Saudis from Embarrassment

Lawyer Sean Carter of 9/11 Families United for Justice Against Terrorism spoke with Breitbart News on Monday after taking note of last week’s article “Terror Ties May Allow Pensacola Victims to Sue Saudi Arabia Under 9/11 Law.” Carter offered his insights on the longstanding legal action filed by the families of 9/11 victims against the government of Saudi Arabia, the game-changing Justice Against Sponsors of Terrorism Act (JASTA), and the prospects that victims of the attack perpetrated in Pensacola by a Saudi pilot trainee might pursue their own legal action under JASTA. 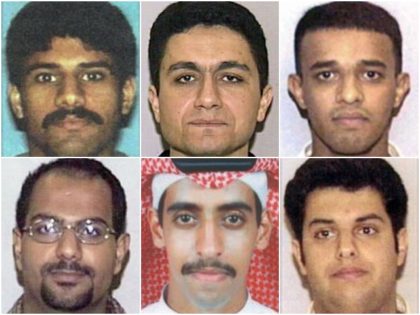 The Pensacola Navy base shooting suspect reportedly wrote “the countdown has started” on his social media accounts September 11, 2019. 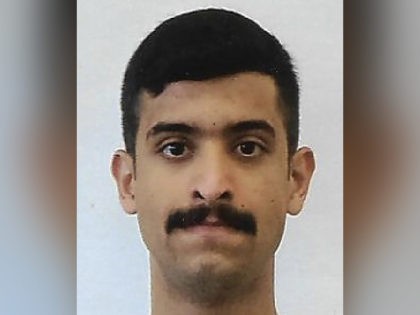 Two Navy instructor pilots told Fox News the December 6, 2019, Pensacola attacker had 10 minutes without armed resistance in which to carry out his horrific work. 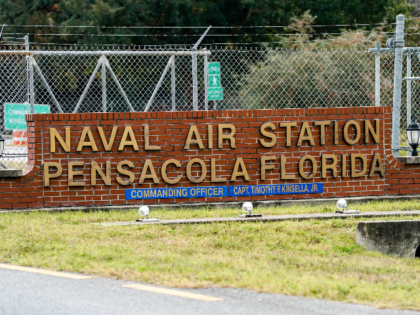 Several U.S. officials, including President Donald Trump, have strongly hinted the government of Saudi Arabia should provide financial assistance to the victims of the Pensacola terrorist attack and their families, given that the terrorist was a Saudi military pilot undergoing training at the Naval Air Station. If the Saudis do not provide such assistance voluntarily, the families might potentially resort to filing a lawsuit under the Justice Against Sponsors of Terrorism Act (JASTA) of 2016. 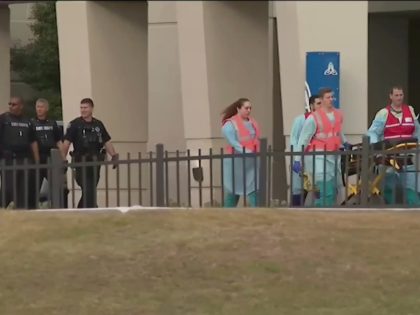 The FBI warned months ago of a loophole that allows foreign nationals to legally purchase firearms while in the U.S. 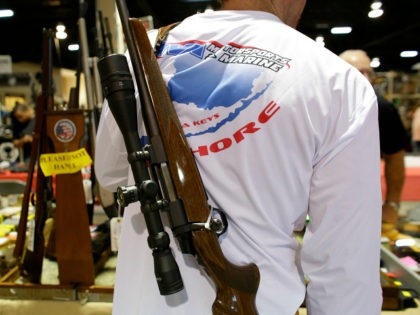 The Pentagon on Tuesday ordered an operational pause in training Saudi military students at its bases, following a deadly shooting. 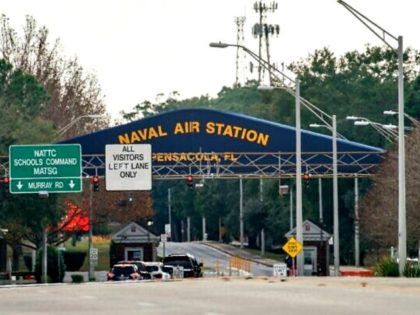 As the nation continues to digest the news surrounding Friday’s attack at gun-free Naval Air Station Pensacola it should be noted that installation commanders prevent troops from being armed for self-defense. 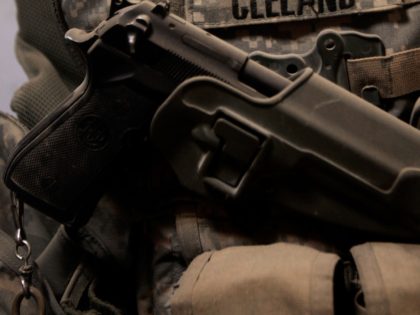 Twitter locked the accounts of journalist Andy Ngo and documentary filmmaker and journalist Mike Cernovich after they shared links to the stated motivations of Mohammed Saeed Alshamrani, the Saudi Arabian national responsible for the Pensacola terror attack.

U.S. Defense Secretary Mark Esper confirmed Sunday that at least one Saudi national filmed the attack that took the lives of three and wounded many others in Pensacola.

The Saudi student who killed three and wounded numerous more on Friday morning reportedly got his gun “legally” from a local retailer. 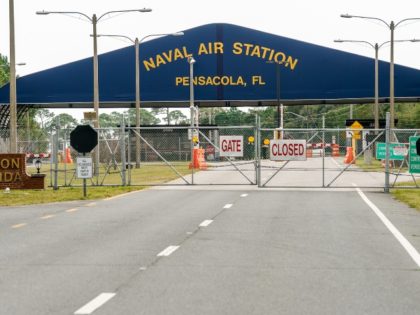 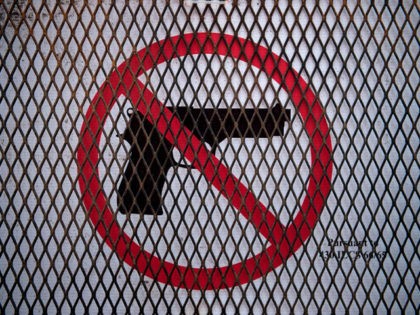 The individual who attacked Naval Air Station Pensacola hosted a party to watch videos of mass shootings before the incident, the Associated Press (AP) reported.

Report: 6 Saudis Detained After Pensacola Shooting, Including 3 Who Filmed Attack

“The King said that the Saudi people are greatly angered by the barbaric actions of the shooter and that this person in no way shape or form represents the feelings of the Saudi people who love the American people,” Trump wrote. 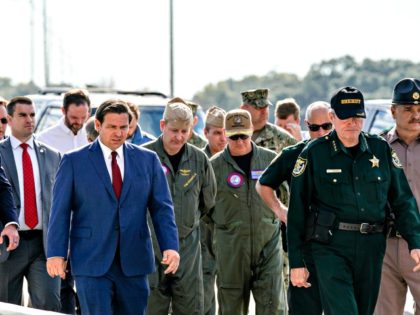 Reports indicate that the Saudi Arabian student who opened fire at Naval Air Station Pensacola used a handgun to carry out his attack. 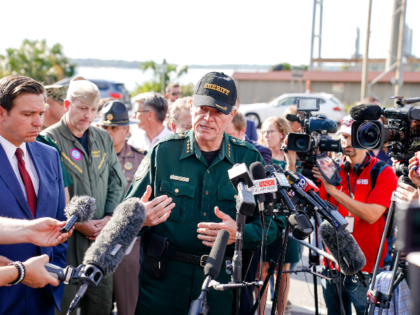 Florida Gov. Ron DeSantis (R) said Friday that Saudi Arabia will “owe a debt” to victims of a deadly shooting at a Naval Air Station in Pensacola following confirmation that the suspected gunman was a Saudi national. 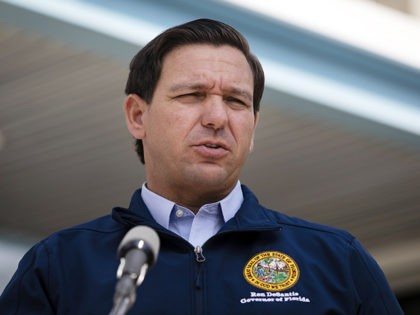 The gunman who opened fire at Naval Air Station Pensacola, killing three, is reportedly a foreign national from a Middle Eastern country. 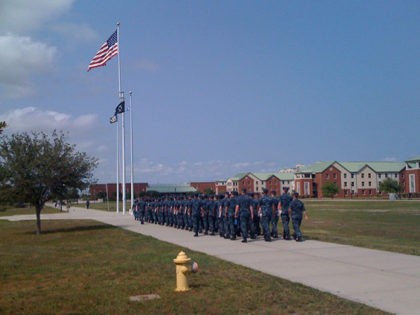 Democrat presidential hopeful Elizabeth Warren pushed gun control Friday before the identity of the Pensacola shooter, the type of gun used, and numerous other bits of integral information was known. 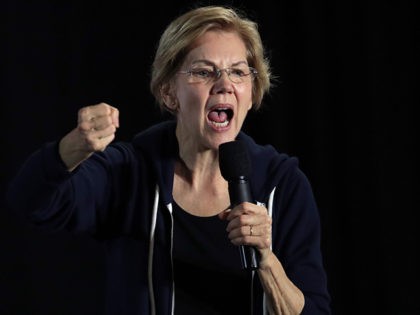 Naval Air Station Pensacola is a gun-free zone that does not recognize concealed carry permits for self-defense and requires all personal firearms to be locked in an armory. 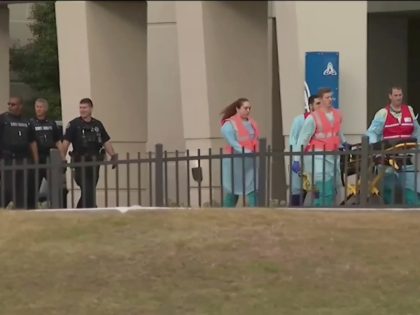 A woman who threw a beverage at Rep. Matt Gaetz (R-FL) in June plead guilty on Thursday, according to CBS Miami. 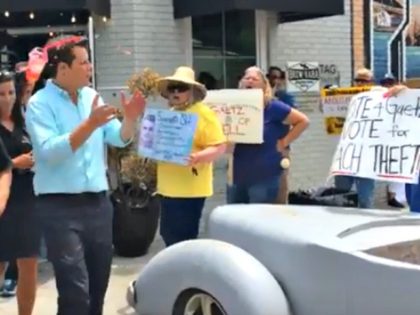 Rep. Matt Gaetz (R-FL) revealed he will press charges against the women who allegedly splashed a beverage on him earlier June. 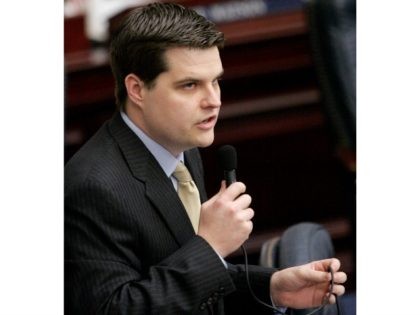 Video: Matt Gaetz Has Drink Splashed on Him Outside Florida Town Hall

A woman was arrested on Saturday after allegedly throwing a drink at Rep. Matt Gaetz (R-FL) during the Trump-ally’s “Won’t Back Down” town hall in Pensacola, Florida. 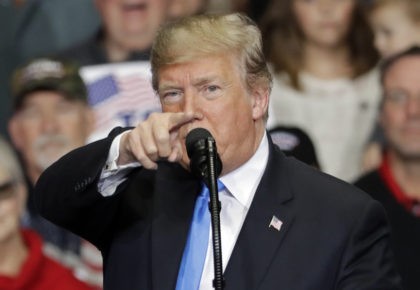