Broadcast legend Brent Musburger recently wondered aloud if a “paid assassin” is the one who leaked Jon Gruden’s old emails to get him fired as the Raiders head coach.

Gruden recently filed a lawsuit against the NFL, claiming that his firing was an orchestrated “character assassination.”

The now ex-Raiders coach who resigned after it was discovered that he used racial and misogynistic language in emails with former Washington Football Team General Manager Bruce Allen has sued the NFL and Commissioner Roger Goodell, claiming that they orchestrated the “selective leaking” of the emails that forced his resignation from the team.

Now, during a spot on the Las Vegas Sports Network with JT the Brick, Musburger has chimed in to agree with Gruden that the coach was a target of a concerted campaign to force his resignation, ProfootballTalk reported. 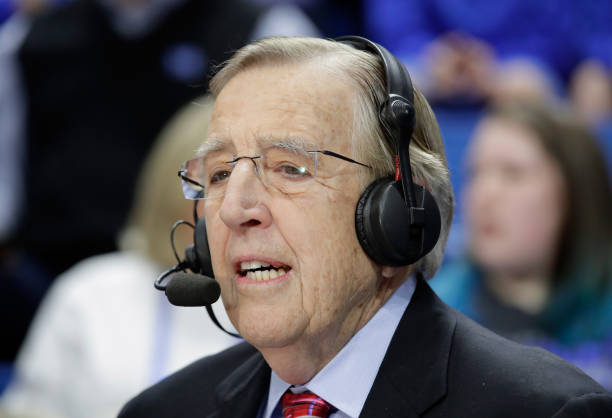 “As I told Coach, whoever took you out, Jon, that was a paid assassin,” Musburger said. “That was one of the best hit jobs that I’ve ever been around. They didn’t go to their media g——-. They didn’t leak this to Adam Schefter or one of those guys that breaks stories.”

“They first went to the Wall Street Journal. And when Gruden was still coaching after that, then they dumped the rest of it on the New York Times. That was a professional hit job,” Musburger insisted.

Still, Musburger also warned Gruden that it will be extremely difficult to prove that an NFL official leaked the emails that caused the ruckus.

“There was a second lawsuit involved, OK? Between the owner, [Daniel] Snyder of Washington, and a former general manager,” Musburger added. “And that means that a lot of outside people had access to those emails that they were going through. So, I think the hardest part for Gruden’s lawyers to prove is that somebody from the National Football League actually leaked that. Because if it is somebody from the NFL, shame on them. Because Mark Davis should have been told in the summer when he had something to do about it.” 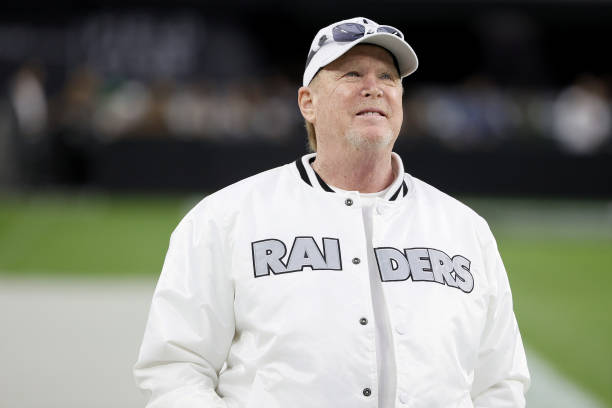 LAS VEGAS, NEVADA – OCTOBER 24: Owner and managing general partner Mark Davis of the Las Vegas Raiders stands on the team’s sideline before a game against the Philadelphia Eagles at Allegiant Stadium on October 24, 2021 in Las Vegas, Nevada. (Photo by Ethan Miller/Getty Images)

Gruden didn’t only lose his job with the Raiders. He also had his name and record removed from the Tampa Bay Buccaneers Ring of Fame after he resigned over the emails.