In an op-ed for the Washington Post, former tennis star Billie Jean King wrote in support of landmark abortion law Roe v Wade by claiming that abortion is necessary even as her own story seems to prove an abortion was not necessary.

In her December 1 op-ed, the 78-year-old tennis star wrote about her own abortion in 1971 and posited that it was a perfect example of why abortion was not just necessary, but a right.

King noted that the U.S. Supreme Court was hearing a case this week that has the potential of having a great impact on Roe v Wade, the 1973 law that has served as the cornerstone of the modern left’s ideology. 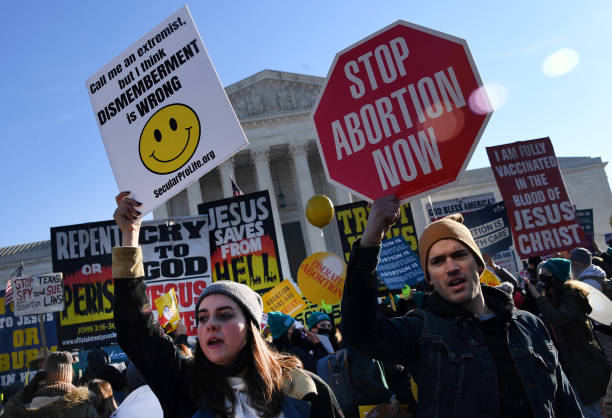 “Most Americans today can’t remember a time when abortion was a felony in most states, even in instances of rape or incest, but I remember all too well. My own experience obtaining a legal abortion, two years before the landmark Roe v. Wade decision, illustrates why we must never roll back our hard-won reproductive rights,” King wrote.

King went on to tell readers that in 1971, she became pregnant. But at 27, she was one of the top-ranked female tennis players in the world and the timing was poor for a pregnancy.

“I was on the road constantly to help launch the world’s first professional all-women’s tour. In fact, I learned I was pregnant after almost throwing up on court during a match.” she wrote.

“Oh dear God, I thought when the test came back positive. Now what do I do?” she continued.

King claimed she lied to the press about having the flu as she withdrew from playing, and then she and her then-husband, Larry King, talked about their options. They ultimately decided that an abortion was called for.

However, even as she seemed to be claiming that having an abortion was a necessity for her and Larry, she then added that she knew even then that tennis players could go back to competition after having a child. 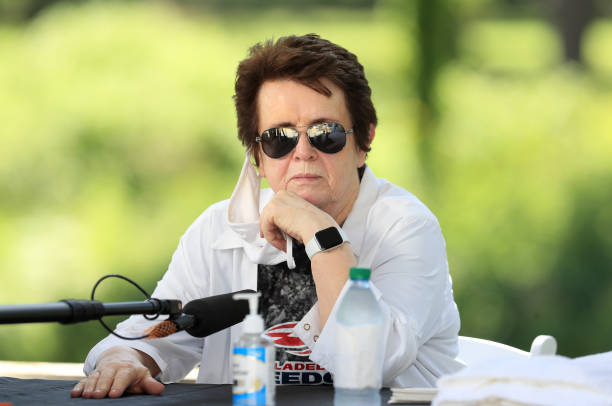 WHITE SULPHUR SPRINGS, WEST VIRGINIA – AUGUST 01: Billie Jean King speaks to the media during the semifinals of the World TeamTennis at The Greenbrier on August 01, 2020 in White Sulphur Springs, West Virginia. (Photo by Streeter Lecka/Getty Images)

“Ultimately, tennis was not the deciding factor. I knew that other players had returned to competition after taking time off for pregnancy and childbirth, including the champion Margaret Court. Twice,” King wrote, before adding, “But our lives were so complicated and unpredictable that I couldn’t imagine bringing up a child in such chaos.”

King’s reasoning for having an abortion seems to come down to mere convenience. After admitting that having a baby would not have ended her growing tennis career, she decided to have one, anyway.

Still, King went on to blast the “degrading” experiences of meeting the state’s requirements to have an abortion in 1971. She had to prove that having a child would “gravely impair” her physical or mental health. She had to appear before a board of 12 people who had the power to deny her wishes. And then her husband had to sign off on the procedure. The latter seemed particularly galling for King.

“But there was still another indignity: The law required that my husband sign a consent form. Men remained in charge of not just financial matters but even the right to govern my own body,” she wrote indignantly, showing that she believes a father has no right to be included in the decision to abort his child.

King wrapped up her op-ed blasting the states that are passing laws restricting abortion. Though none of the laws in question have outlawed abortion, King still feels they violate a woman’s “fundamental” rights.

“The central premise of Roe, which Mississippi seeks to overturn, is about women’s right to make fundamental decisions about their lives, futures, and families,” King wrote in conclusion. “If we lose the ability to control our bodies and our futures, so many of the gains women have made will be undone. At stake are not only indignities and inequities but the rights to self-determination and equal opportunity that would fall along with Roe.”