If the National Association for the Advancement of Colored People (NAACP) had their way, every pro athlete in every major American sport would refuse to sign with Texas teams due to its voting and abortion rights laws.

In a letter addressed to the Players Associations representing athletes in the NFL, NBA, MLB, NHL, and WNBA, the NAACP urged players to avoid the Lone Star State and “seek employment with sports teams located in states that will protect, honor and serve your families with integrity.”

“From abortion to voting rights and mask mandates, Texas has become a blueprint by legislators to violate constitutional rights for all, especially for women, children, and marginalized communities,” NAACP President and CEO Derrick Johnson wrote. 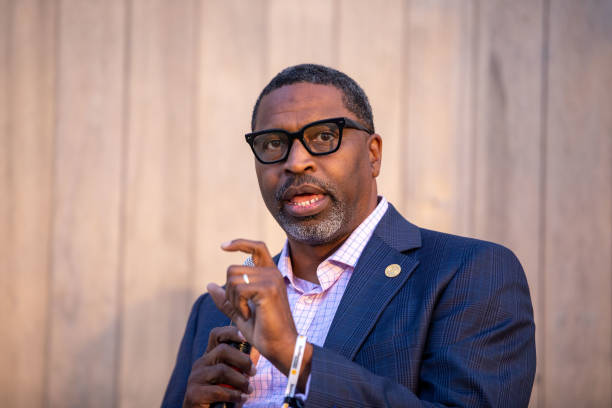 VINEYARD HAVEN, MA – AUGUST 18: Derrick Johnson during a panel discussion at the “Exclusive Preview Of 1,000 Years Of Slavery” on August 18, 2021 in Vineyard Haven, Massachusetts. (Photo by Scott Eisen/Getty Images for Smithsonian Channel)

“As we watch an incomprehensible assault on basic human rights unfold in Texas, we are simultaneously witnessing a threat to constitutional guarantees for women, children, and marginalized communities. Over the past few months, legislators in Texas have passed archaic policies, disguised as laws, that directly violate privacy rights and a women’s freedom to choose, restrict access to free and fair elections for Black and brown voters, and increase the risk of contracting coronavirus. If you are a woman, avoid Texas. If you are Black, avoid Texas. If you want to lower your chances of dying from coronavirus, avoid Texas.”

Johnson specifically zeroed in on Texas’ recently passed election integrity bill. A measure Johnson called an effort to “dilute the voices of people of color.”

By limiting the ability to offer free and fair elections to all, Texas remains a state of hostility for many communities. Recently released data from the 2020 census shows that people of color have driven 95% of the Texas population growth. Yet, new voting legislation and political maps put these communities at risk of not being able to participate in their democracy. These laws are intended to suppress our constitutional right to vote.

The election bill Johnson references did not “limit” free and fair elections. On the contrary, it enhanced the ability of the state to provide free and fair elections by establishing penalties for those who attempt to assist/influence voters, providing safeguards to ensure the proper identification of those voting by mail, and providing protection for election poll watchers who are there to ensure the appropriate handling and overseeing of election day activities.

Johnson also took a shot at Texas’ recently passed “Heartbeat Bill,” a law that prohibits nearly all abortions after a fetal heartbeat can be detected. Specifically, Johnson took issue with a provision in the bill that allows private citizens to sue those seeking illegal abortions. 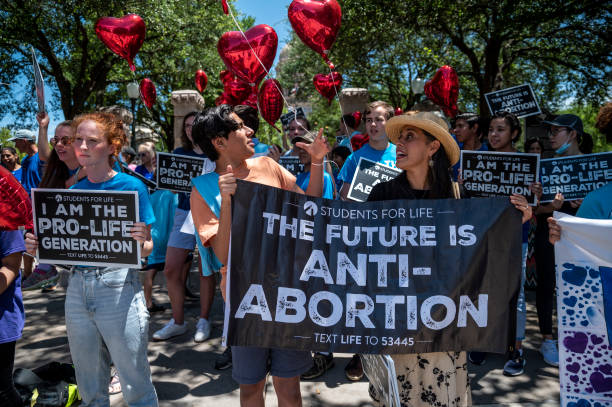 AUSTIN, TX – MAY 29: Pro-life protesters stand near the gate of the Texas state capitol at a protest outside the Texas state capitol on May 29, 2021 in Austin, Texas. Thousands of protesters came out in response to a new bill outlawing abortions after a fetal heartbeat is detected signed on Wednesday by Texas Governor Greg Abbot. (Photo by Sergio Flores/Getty Images)

“The Texas government has also empowered vigilantes with the authority of the law, going so far as to offer a $10,000 incentive to sue all who aid women in exercising their constitutional right to an abortion,” Johnson wrote.

Of course, those exercising their legal right to sue to prevent illegal abortions are not “vigilantes” because they are operating within the bounds of the law, which is the opposite of what a vigilante does.

Johnson also rails at length about what he perceives to be Texas’ permissive coronavirus protocols. This despite the fact that Texas was tied for the 10th lowest in new Covid cases per capita last week.

Covid hospitalizations are now at the lowest level since July 25th.