Howard Stern is again on the warpath against people who oppose his vaccination ideals, especially NBA player Kyrie Irving who Stern is now calling the “top idiot in the world.”

Stern, who now hosts a Sirius program, finally returned from another vacation and immediately went on the attack against the 29-year-old Brooklyn Nets star for refusing to take the coronavirus vaccine. Stern led by saying that Irving is “the biggest idiot in the country right now,” Outkick noted.

“Talk about stupid, there’s some people who are willing to walk away from millions of dollars and not get vaccinated,” Stern blathered on during his show on Tuesday. “They’re so stupid they’re putting their mouth where their money is.” 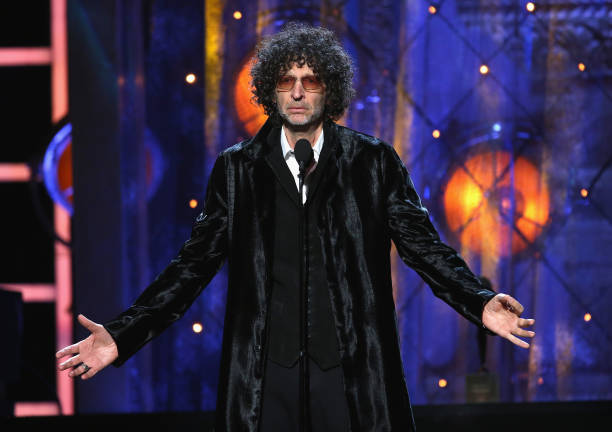 Most people would call that standing for principle. But since Irving’s position does not blindly follow Stern’s assumed medical expertise, the radio host has deemed the basketball player to be “stupid.”

“In terms of idiots, he’s got to be the top idiot in the country right now,” Stern added. “Guy’s got a chance as a young man to make millions of dollars, all he’s got to do is get vaccinated, but he doesn’t want to get vaccinated.”

But Stern went on to insist that Irving has always been “stupid.”

“He’s got a history of being stupid,” Stern exclaimed. “He’s one of these guys, he’s a flat earther too … his mind works in very strange ways.”

“When are we going to stop putting up with the idiots in this country and just say it’s mandatory to get vaccinated?” Stern said, making a pitch for his favored authoritarian style of government. “F— them. F— their freedom. I want my freedom to live … I want to get out of the house. I want to go next door and play chess. I want to go take some pictures. This is bullshit.”

Stern says he is vaccinated. But the radio talker did not elaborate on why Irving being unvaccinated was a threat to Stern’s life.

Despite Stern’s mischaracterization, Irving has never said that he doesn’t believe the vaccine does not work. Instead, his position is that an employer does not have the right to force an employee to take medical procedures and that it is his right as an American to make his own decisions about what medicines to take.

“I’m standing with all those that believe what is right,” Irving said last week. “Everybody is entitled to do what they feel is what’s best for themselves. Seeing the way this is dividing our world up, it’s sad to see. People are losing jobs to mandates.”