Nets point guard Kyrie Irving made a statement on Wednesday and said that his stance against taking the coronavirus vaccine is about being true to himself.

Irving also said he fully understands the financial implications of his decision and knows that his refusal to take the vaccine could impact his career. Still, he insisted, “this is about my life and what I am choosing to do,” ESPN reported.

The 29-year-old NBA star spoke about his situation during an Instagram Live broadcast on Wednesday and asked the sports media to respect his choice to forego the vaccine.

“The financial consequences, I know I do not want to even do that,” Irving said. “But it is reality that in order to be in New York City, in order to be on a team, I have to be vaccinated. I chose to be unvaccinated, and that was my choice, and I would ask you all to just respect that choice.

“I am going to just continue to stay in shape, be ready to play, be ready to rock out with my teammates, and just be part of this whole thing. This is not a political thing; this is not about the NBA, not about any organization. This is about my life and what I am choosing to do,” Irving added. 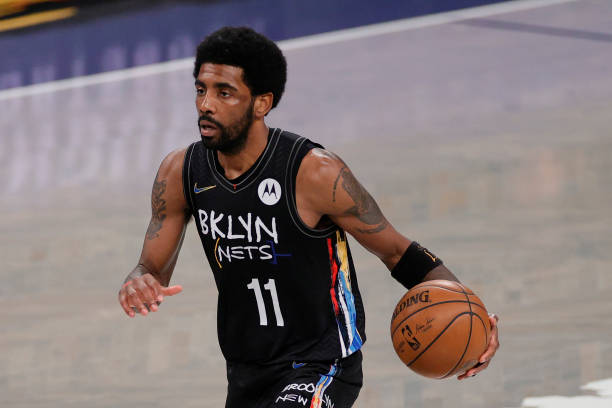 NEW YORK, NEW YORK – JUNE 01: Kyrie Irving #11 of the Brooklyn Nets dribbles during the second half of Game Five of their Eastern Conference first-round playoff series against the Boston Celtics at Barclays Center on June 01, 2021 in the Brooklyn borough of New York City. NOTE TO USER: User expressly acknowledges and agrees that, by downloading and or using this photograph, User is consenting to the terms and conditions of the Getty Images License Agreement. (Photo by Sarah Stier/Getty Images)

Irving’s comments come a day after the Brooklyn Nets announced that he would be sidelined completely until he becomes vaccinated in compliance with the city of New York’s coronavirus mandate.

The NBA had already noted that players who miss games due to their vaccination status would also be docked pay for those games. Irving previously pointed out that he understood this situation.

“I am doing what’s best for me. I know the consequences here, and if it means that I’m judged and demonized for that, that’s just what it is,” Irving said according to the AP. “That’s the role I play, but I never wanted to give up my passion, my love, my dream just over this mandate.”

Irving could lose as much as $35 million this season if he is forced to sit out every game.

Still, Irving said he is not interested in quitting.

“No, I’m not retiring, and no I’m not going and leaving this game like this,” Irving exclaimed. “There’s still so much more work to do and there still so many other (youngsters) to inspire, because I know they want to be better than me.”