It’s October again, and in what is becoming a common postseason occurrence in Major League Baseball, the Houston Astros stand accused of cheating.

The Astros were discovered to have used in-stadium cameras to facilitate a highly complex sign-stealing scheme that they used for at least the 2017 season and part of the 2018 season, including their World Series run. 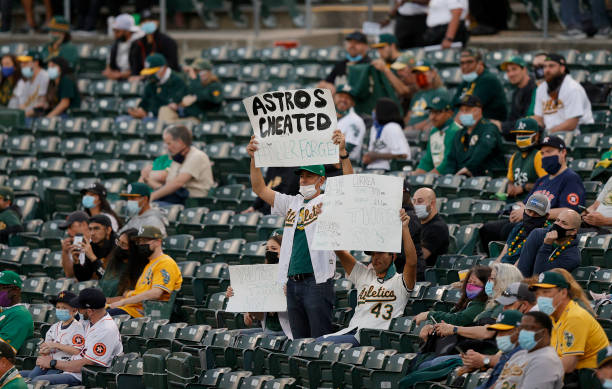 This time the accusation comes from White Sox pitcher Ryan Tepera who, after Chicago’s 6-2 thumping of the Stros on Sunday night, pointed out the wildly different strikeout and hit numbers Houston posts at home versus those they post on the road.

“During the first two games of the American League Division Series between the White Sox and the Astros, both held at Houston’s Minute Maid Park, Astros hitters combined for 20 hits and 16 strikeouts,” BroBible reported. “Houston won both games, 6-1 and 9-6.

“In the third game, a 12-6 victory by the White Sox in Chicago, Astros hitters had just six hits… and 16 strikeouts.” 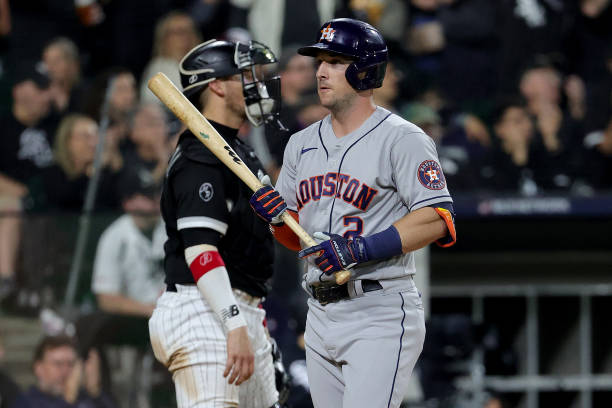 CHICAGO, ILLINOIS – OCTOBER 10: Alex Bregman #2 of the Houston Astros walks back to the dugout after striking out in the seventh inning during game 3 of the American League Division Series against the Chicago White Sox at Guaranteed Rate Field on October 10, 2021 in Chicago, Illinois. (Photo by Jonathan Daniel/Getty Images)

These numbers caused Tepera to strongly imply that the Astros were once again cheating.

“They’re doing something different over there at Minute Maid,” Tepera said.“It shows you how many swings and misses they had tonight compared to at Minute Maid.”

When pressed on what exactly he was accusing the Astros of doing, Tepera replied, “Yeah. It is what it is. They’ve obviously had a reputation of doing some sketchy stuff over there. It’s just, we can say that it’s a little bit of a difference. I think you saw the swings and misses tonight compared to, you know, the first two games at Minute Maid.

“But that’s not really the story, you know? We come here to play. We’re going to compete. We’re not going to worry about what they’re going to do. All we have to do is execute pitches and they can’t hit them anyways.”

#WhiteSox pitcher Ryan Tepera said the #Astros are cheating at MMP, citing the difference w/ their swings & misses on the road tonight. "They've had a reputation of doing some sketchy things over there." His full comments after his team's 12-6 #ALDS game 3 win. #Postseason pic.twitter.com/3lbfjnJvqE

Will MLB investigate Tepera’s claim? That remains to be seen. Though, if the Astros strikeout totals continue to double during road games, Tepera will probably not be the last pitcher to accuse them of sign-stealing.

The Astros and White Sox play Game 4 of their ALDS series in Chicago Monday at 3:37 EST.