During the Thursday night preseason game between the Houston Rockets and the Miami Heat, Van Gundy took a shot at unvaccinated NBA players who claim to be doing their “own research.”

“How about this? We got really smart people, a lot smarter than anybody in the NBA who’s already done the research.”

"You know what drives me crazy? 'I'm doing my own research.' What does that look like? Are you doing studies yourself? Are you in lab on a nightly basis? I don't understand what that means."

Brooklyn’s Kyrie Irving and Orlando’s Jonathan Isaac are among the most vocal of the NBA’s vaccine holdouts. Irving remains unvaccinated in violation of New York City’s vaccine mandate. Should he stay unvaccinated, he will miss all 41 home regular-season games in addition to a road game against the Golden State Warriors in San Francisco, a city that also has a vaccine mandate. 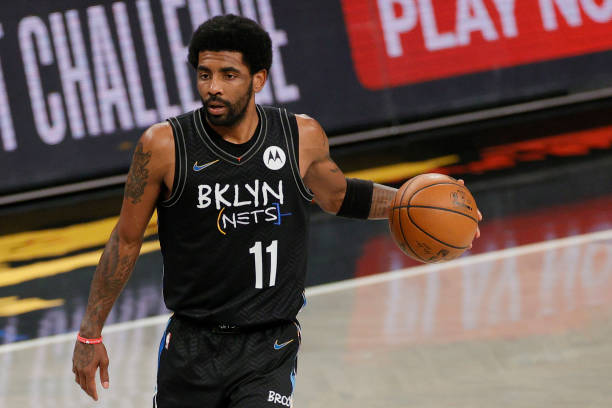 NEW YORK, NEW YORK – MAY 25: Kyrie Irving #11 of the Brooklyn Nets dribbles during the second half of Game Two of their Eastern Conference first-round playoff series against the Boston Celtics at Barclays Center on May 25, 2021 in the Brooklyn borough of New York City. NOTE TO USER: User expressly acknowledges and agrees that, by downloading and or using this photograph, User is consenting to the terms and conditions of the Getty Images License Agreement. (Photo by Sarah Stier/Getty Images)

Irving, Isaac, and NY, other unvaccinated NBA players, will also possibly face criminal charges should they breach quarantine during road trips to Canada. According to Canada’s Quarantine Act, visiting unvaccinated players will be confined to their hotel rooms except to attend “team activities.”

Golden State’s Andrew Wiggins initially said he would not get vaccinated. However, this week, Warriors head coach Steve Kerr revealed that Wiggins did receive the vaccine.

“It came down to get the vaccination or don’t play basketball,” Wiggins said. “I’m 26. I have two kids. I’m trying to generate as much money as I can for my kids and my future. Trying to create generational wealth. Hopefully, it works out in the long run [and] in 10 years I’m still healthy.”