A Mexican TV host who famously proposed to NFL star Tom Brady during a sideline interview is reportedly on the run from Mexican authorities for embezzling $146 million in Mexican government funding.

Inés Gómez-Mont Arena and her husband, Víctor Manuel Álvarez Puga, have been accused by Mexican authorities of scamming Mexico’s Ministry of the Interior out of three billion pesos ($146 U.S. dollars) between 2016 and 2017, the New York Post reported.

The pair could face up to 60 years in prison if convicted of embezzling.

Gómez-Mont is best known to NFL fans for donning a wedding veil and crashing a 2008 Patriots-Giants Super Bowl press conference where she proposed to Tom Brady on camera.

An amused Brady turned her down, saying he was a “I’m a one-woman man,” referring to then-girlfriend and supermodel Gisele Bundchen. Only months after Gómez-Mont’s stunt, Brady and Bundchen married.

Gómez-Mont later repeated the stunt by asking quarterback Eli Manning to marry her. 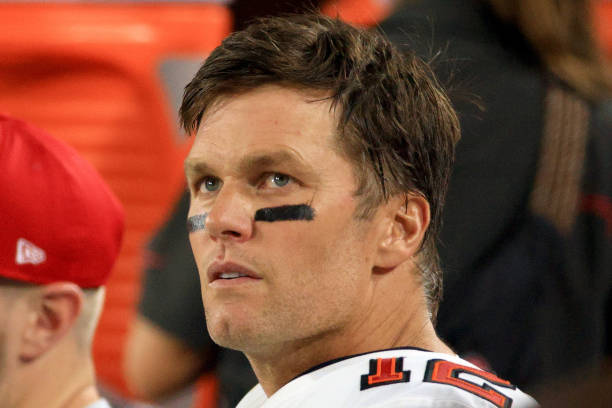 TAMPA, FLORIDA – SEPTEMBER 09: Tom Brady #12 of the Tampa Bay Buccaneers looks on during the second quarter against the Dallas Cowboys at Raymond James Stadium on September 09, 2021 in Tampa, Florida. (Photo by Mike Ehrmann/Getty Images)

The Mexican federal government has issued a locate and capture request to the international police agency Interpol for the apprehension of Gómez-Mont and her husband.