The NFL is going to shake up their normal postseason schedule by playing one of their six Wild-Card games on Monday Night Football, according to a report. 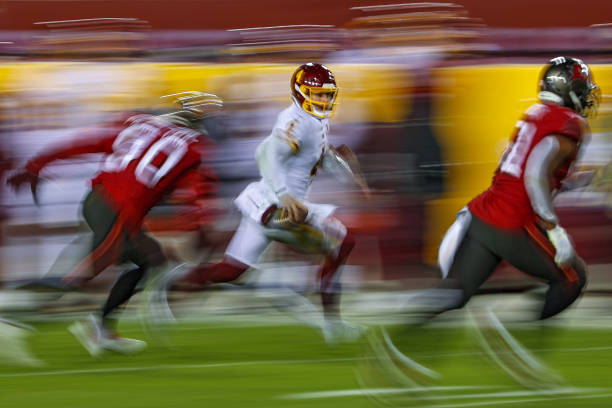 LANDOVER, MARYLAND – JANUARY 09: Quarterback Taylor Heinicke #4 of the Washington Football Team scrambles past outside linebacker Jason Pierre-Paul #90 of the Tampa Bay Buccaneers during the third quarter of the NFC Wild Card Playoff Round at FedExField on January 9, 2021 in Landover, Maryland. (Photo by Patrick Smith/Getty Images)

As it stands, CBS and NBC will broadcast two games each during Wild-Card weekend, while Fox and ESPN will televise one each.

The current playoff schedule, as provided by ESPN:

In previous years, a Wild-Card game on Monday night would have conflicted with the college football national championship game. However, with the NFL’s expansion to a 17-game schedule, the league was able to push back its schedule by one week.