ESPN announced that Malika Andrews has been chosen to replace Rachel Nichols for the network’s daily NBA coverage.

The cable sports network is set to completely retool Nichols’ five-year-old show, The Jump, and will rechristen the hour NBA Today in the wake of Nichols’ separation from the network.

The Jump will be phased out, and Andrews will premiere her new daily coverage of pro-basketball on October 28, the Washington Post reported.

ESPN has announced its replacement for Rachel Nichols' 'The Jump.'

Nichols took a “mutually agreed upon” separation from ESPN a month after she was outed as having engaged in a phone call in which she complained that ESPN had given an on-air spot she felt was her due to Maria Taylor, a black female reporter. Audio from the phone call was leaked, causing ESPN and Nichols great embarrassment. 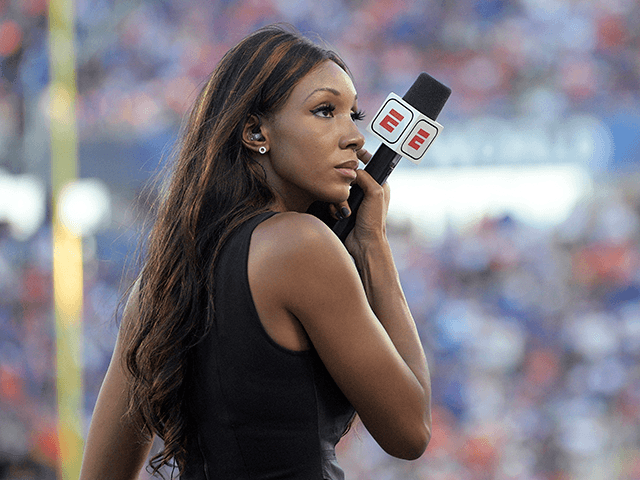 Immediately following the leaked audio, Nichols was removed from her NBA sideline reporting but not fired for nearly a month afterward. Nichols tried to apologize on air for her comments about Taylor but to no avail.

Since the controversy, ESPN promised to kick its “diversity” policies into high gear.