Cole Beasley, wide receiver for the Buffalo Bills, will defy his team’s vaxport requirement for home games by purchasing tickets for unvaccinated fans at away games.

In April of this year, the Buffalo Bills announced that people would require to show vaccine passports at Highmark Stadium in order to have full-capacity games. The Seahawks, Raiders, and Saints are the only other teams in the NFL to require vaccination proof.

It turns out Beasley thinks that fans do have a right to attend football games and will put his own money on the line to allow them to practice that right, according to the Sun.

“If you find an away game you are able to go to then I will buy the tickets for you guys. DM me names and everything [sic] snd I’ll figure out the best way to make it happen. Wish she could witness the mafia!” he tweeted last week.

If you find an away game you are able to go to then I will buy the tickets for you guys. DM me names and every thing snd I’ll figure out the best way to make it happen. Wish she could witness the mafia! https://t.co/LfBdULPcmK

Beasley was responding to Chris Hauqitz, a fan who told the Buffalo News that he should be allowed to attend games being that he is naturally immune after having a previous coronavirus infection. 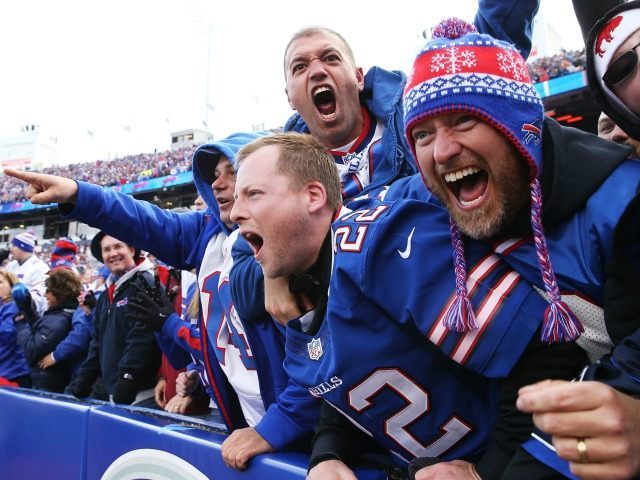 “I’ve had Covid, so in my opinion, I’ve already got the antibodies,” Hauquitz said. “I think they’re just as good as the vaccine. The vaccine came out pretty rushed. I don’t really know all the information. In my opinion, there’s so little information out there and it all seems to be one-sided. And then, personally, my religious beliefs. I think God created me for a purpose. He has a plan for my life. And whether I have the vaccine or not, I’m taken care of.”

Hauquitz added that when he got Covid-19, it was his decision to “take a chicken pox approach” and pass it along to his entire family, including his children, who range in age from 23 months to 12 years.

In July of this year, Beasley described himself as being “pro-choice” regarding the vaccine. He was later fined by the NFL in August for violating coronavirus protocols.

“I’m not anti or pro-vax. I’m pro-choice. With that being said, the issue at hand is information being withheld from players in order for a player to be swayed in a direction he may not be comfortable with,” Beasley said in a statement.

“Without having all the proper information, a player can feel misguided and unsure about a very personal choice. It makes a player feel unprotected and gives concerns about future topics regarding health and our ability to make educated decisions,” he continued.