The plight of girls and women living under Taliban rule and Sharia Law in Afghanistan has forced a female youth soccer team to cross the border into Pakistan.

The senior team made it out of Kabul, but the junior team remained in the country because they lacked passports and other documents.

The BBC reported on the good news:

Thirty-two players and their families won visas after the charity ‘Football for Peace’ lobbied Pakistan. An official with Pakistan’s Football Federation said the group, totaling 81 people, would be housed at the federation’s headquarters in the eastern city of Lahore. A further 34 people will arrive on Thursday, he said.

The official said that the players would remain in Pakistan under tight security for 30 days before applying for asylum in third countries. 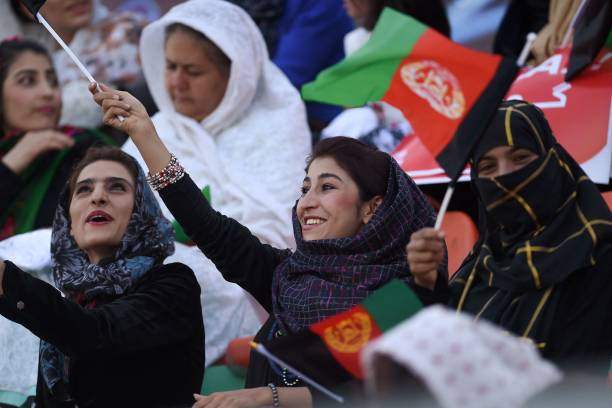 In this photograph taken on September 21, 2017, Afghan football fans watch a Roshan Afghan premiere league match between Toofan Harirod and Simorgh Alborz at the Afghanistan Football Federation (AFF) stadium in Kabul. – A cross section of women — students, professionals and grandmothers — hold red “Goaaal!” posters and wave Afghan national flags as they scream the names of their favourite team, their faces beaming. It is a scene that would have been unthinkable during the Taliban’s repressive and misogynistic regime when women were largely confined to their homes and, when they did venture outside with a male escort, hidden from view under burqas. (Photo by Wakil KOHSAR / AFP) (Photo by WAKIL KOHSAR/AFP via Getty Images)

The Independent recently revealed that the players had written to Pakistan’s Prime Minister Imran Khan to ask permission to enter the country. The letter claimed that the girls were at risk of “grave threats” from the Taliban.

After the fall of Kabul a month ago, players were warned by the national team’s former captain, Khalida Popal, to delete pictures of themselves playing on social media and to burn their kits to protect themselves from potential reprisals from the new regime.

As Breitbart News reported last week, the Taliban’s cultural commissioner Ahmadullah Wasiq announced that women would not be allowed to play sports, including the women’s cricket team. 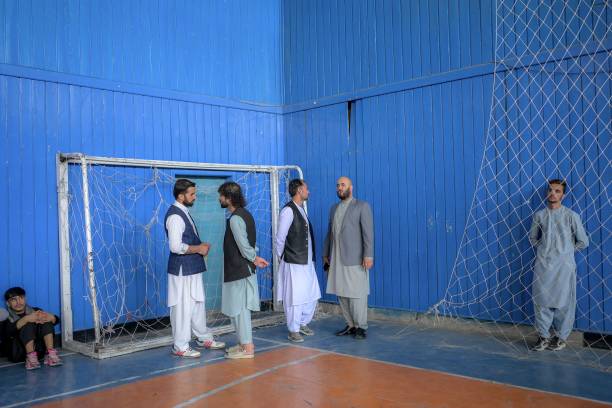 Taliban members chat as youths (not pictured) show their skills during an event organised for the visit of Taliban’s director of physical education and sports Bashir Ahmad Rustamzai (not pictured) at a gymnasium in Kabul on September 14, 2021. – From swimming to soccer, running to horse-riding, Afghanistan’s new sports chief said on September 14 that the Taliban will allow 400 sports — but declined to confirm if women can play a single one. (Photo by BULENT KILIC / AFP) (Photo by BULENT KILIC/AFP via Getty Images)

“In cricket, they might face a situation where their face and body will not be covered. Islam does not allow women to be seen like this,” Wasiq said.

“It is the media era, and there will be photos and videos, and then people watch it. Islam and the Islamic Emirate [Afghanistan] do not allow women to play cricket or play the kind of sports where they get exposed.”

“Women were barred from participating in sports during the Taliban’s last spell in power from 1996-2001,” the BBC reported. “As well as the departure of the women’s football teams, the country’s biggest pop singer Aryana Sayeed and the famed film director Sahraa Karimi both left during the evacuation last month.”