The Federal Bureau of Investigations (FBI) has fired one of its agents for failing to properly investigate the sexual assault claims against former USA Gymnastics physician Larry Nassar.

The agent, Michael Langeman, lost his job with the bureau last week, according to a report. His firing comes on the heels of a July report from Justice Department Inspector General Michael Horowitz, which charged Langeman with failing to respond to the allegations against Nassar “with the urgency that the allegations required.”

According to the New York Daily News, “Langeman was serving as a supervisory special agent when he interviewed McKayla Maroney, an Olympic gymnast and gold medal-winner, about her allegations of abuse by Nassar back in 2015. According to the report, both he and his boss, agent in charge Jay Abbott, lied to investigators from the inspector general’s office about their actions and that they never officially opened an investigation.”

On Wednesday, Maroney appeared before the Senate Judiciary Committee and gave detailed testimony about the FBI’s mishandling and falsifying of the information she gave the agency in 2015. 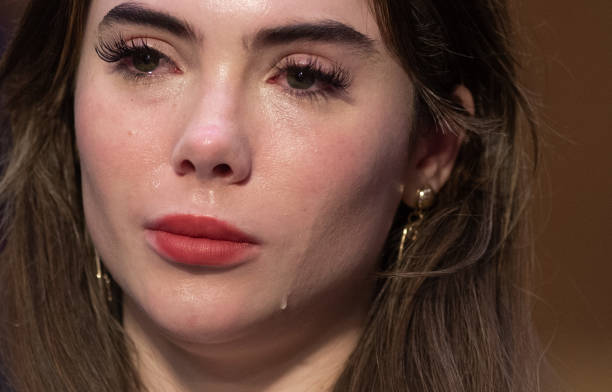 “After telling my entire story of abuse to the FBI in the summer of 2015, not only did the FBI not report my abuse, but when they eventually documented my report 17 months later, they made entirely false claims about what I said,” Maroney told the committee.

The FBI exposed covering for a serial pedophile pic.twitter.com/VglhR29KNO

FBI Director Christopher Wray is expected to testify before the committee soon, to update lawmakers on efforts within the agency to ensure that the failures evident in the Nassar investigation do not repeat themselves.

Nassar is currently serving a 175-year sentence for multiple sexual assaults and offenses while serving as the team physician for USA Gymnastics.