The Texas chapter of the NAACP has filed a federal complaint against the University of Texas, claiming that the university’s 100-year-old school song, The Eyes of Texas, is “racist” and amounts to discrimination against the student body.

Left-wing school activists have been trying to force Texas to dump the song for years without success. And only last April, after another failed effort to force the school to cancel the song, school President Jay Hartzell ruled that the band would continue playing the school’s anthem. However, Hartzell did say that students who felt uncomfortable over the song did not have to play it or sing it.

Still, despite the machinations of the small number of activists, the song remains popular with most of the student body. The song is regularly sung with gusto by hundreds of students in attendance at school sports activities. 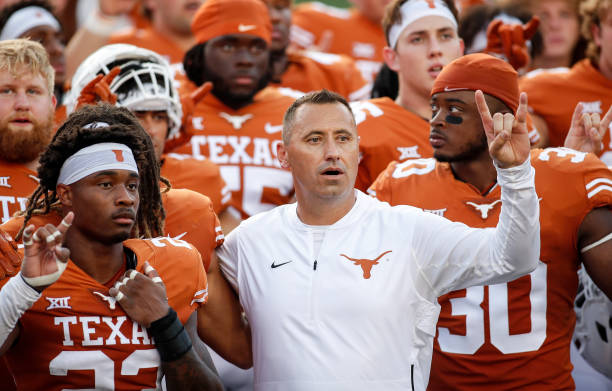 AUSTIN, TEXAS – SEPTEMBER 04: head coach Steve Sarkisian of the Texas Longhorns sings The Eyes of Texas with the team after the game against the Louisiana Ragin’ Cajuns at Darrell K Royal-Texas Memorial Stadium on September 04, 2021 in Austin, Texas. (Photo by Tim Warner/Getty Images)

Even though a recent report maintained that the song has “no racist intent,” leftists have continued to try and get the song canceled. And now, along with a tiny number of unnamed school activists, the NCAAP has opened up yet another avenue of attack on the song by filing a federal complaint with the U.S. Department of Education’s Office of Civil Rights.

The complaint accuses the song of creating a hostile environment for Black students by continuing to play the ‘The Eyes of Texas’ alma mater song at university events,” the Texas Tribune reported.

“(UT’s actions) are a violation of the university’s obligation under the Fourteenth Amendment, Title VI of the Civil Rights Act of 1964, and clearly in violation of the university’s responsibility to provide a violence- and intimidation-free environment for our young students so they can pursue their education the same as others,” said Texas NAACP President Gary Bledsoe.

The complaint charges that the school is violating the civil rights of minority students who have complained about the song in the face of inaction by school officials. 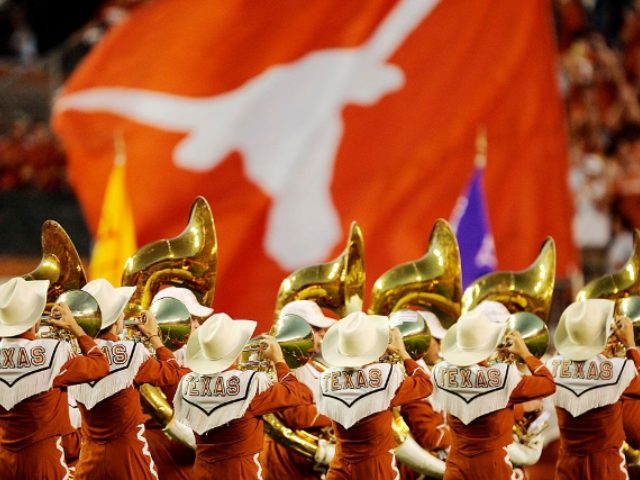 The complaint adds that the creation of a “separate marching band for students who do not want to play ‘The Eyes of Texas’ violates equal protections afforded under the Fourteenth Amendment.”

“Whenever there’s an event where it’s played, I feel uncomfortable, because it’s almost like a song of white supremacy, and it just holds all those negative connotations of the 1900s and of most minstrel shows,” Lawal said in a recent interview. “That’s the imagery that comes to my mind.”