On the heels of defeating Clemson, the Georgia Bulldogs have found a new foe as a coronavirus spike has grounded several vaccinated players and staff.

Georgia had reported that 90 percent of its players and staff had been vaccinated, but that apparently didn’t help them avoid a rash of positive virus tests this week. Head coach Kirby Smart said that the Bulldogs now have more positive tests than they have ever had before. Indeed, the team has lost so many players and staffers to the coronavirus list that coach Smart said he is very concerned, USA Today reported.

“I’ll be honest with you guys, I’m as concerned as I’ve ever been because we have three or four guys out,” Smart said on Monday. “We have a couple of staff members that have been out with COVID here recently. For us, we’re at our highest spike.” 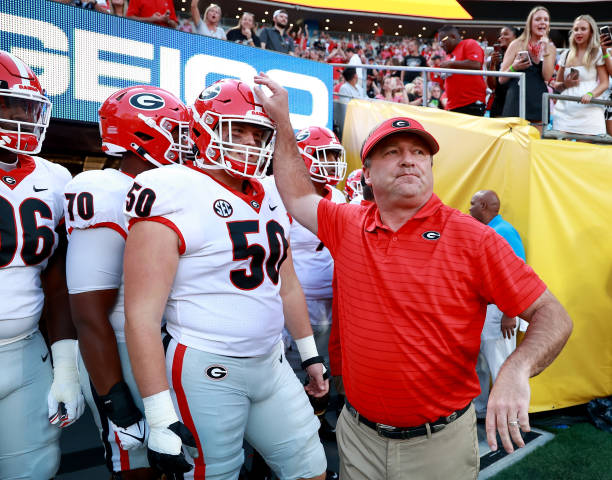 CHARLOTTE, NORTH CAROLINA – SEPTEMBER 04: Head coach Kirby Smart of the Georgia Bulldogs leads his team onto the field before their game against the Clemson Tigers in the Duke’s Mayo Classic at Bank of America Stadium on September 04, 2021 in Charlotte, North Carolina. (Photo by Grant Halverson/Getty Images)

Smart added that the positives had hit vaccinated members of the team.

“We’re talking about breakthroughs,” Smart said. “That concerns you, not only for players on the team that are unvaccinated that are playing and not playing because we want everybody to be safe, but it concerns for players that are vaccinated that we could lose them. This is the highest we’ve been since fall camp right now.” 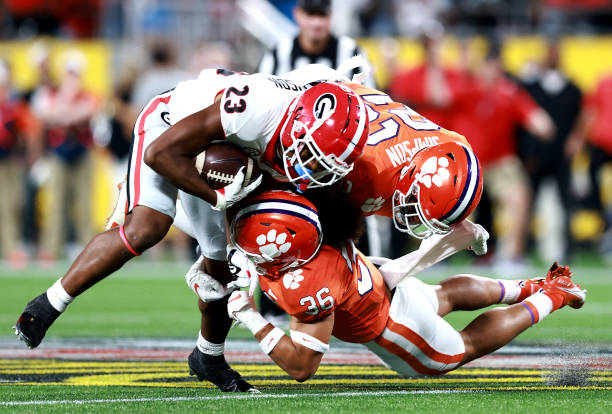 CHARLOTTE, NORTH CAROLINA – SEPTEMBER 04: Lannden Zanders #36 and Trenton Simpson #22 of the Clemson Tigers tackle Jaylen Johnson #23 of the Georgia Bulldogs during the second half of the Duke’s Mayo Classic at Bank of America Stadium on September 04, 2021 in Charlotte, North Carolina. (Photo by Grant Halverson/Getty Images)

The Bulldogs are set to face the UAB Blazers this weekend, but Georgia hopes the positive tests won’t prevent them from fielding an effective force on Saturday.

In the meantime, the team imposed social distancing on journalists and other visitors, and mask-wearing was strongly encouraged as reporters spoke to players ahead of the weekend’s game.