Indianapolis Colts General Manager Chris Ballard said Thursday that he “stands behind” his players and their health decisions and is not about to “go off” on those who have chosen not to take the vaccine.

According to ESPN’s Mike Wells, Ballard said he is a 100 percent supporter of the vaccine. The team had launched a full vaccine education campaign to help players understand the efficacy of the inoculation. He also insisted that his players fully understand that “There’s consequences to not being vaccinated.” 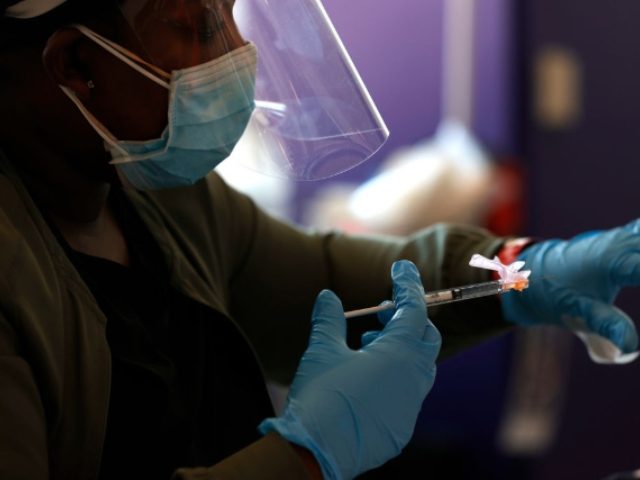 Ballard went on to say the vaccine can “help you from ending up in the hospital.” However, he still supports those players who don’t want the vaccine, saying, “for the guys who have chosen to not get vaccinated, they still understand they’re still part of this team, it’s their decision, but they’re still part of our team, and they have to take care of the team.”

The GM also said that the Colts management would not bully players over the vaccine. 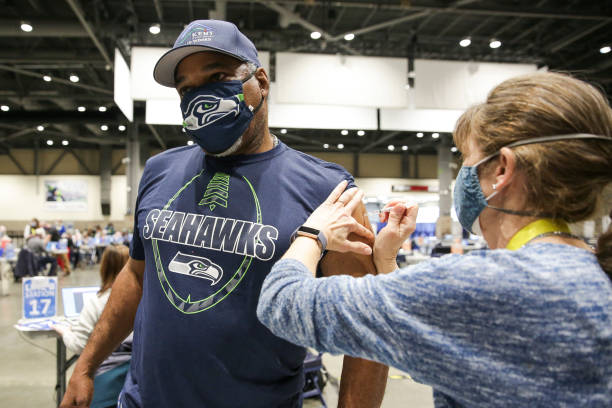 Cleveland Hughes wears Seahawks gear as he gets the Pfizer Covid-19 vaccine from Andrea Barnett during opening day of the Community Vaccination Site, a collaboration between the City of Seattle, First & Goal Inc., and Swedish Health Services at the Lumen Field Event Center in Seattle, Washington on March 13, 2021. (Photo by Jason Redmond / AFP) (Photo by JASON REDMOND/AFP via Getty Images)

“Look, I can beat my head against the wall,” Ballard told the press. “I can go in there and raise all kinds of hell and go off. That’s not how we roll. I believe in our guys. I believe in what they stand for and I’ll stand by them. We’ll continue to work on the vaccinations. It’s not like we’re done educating. … But they understand they have to take care of the protocols at hand and they have to live by them. And we’ll do that at the best of the ability we can do it.”

Colts' Chris Ballard on unvaxxed players: 'Look, I can beat my head against the wall. I can go in there and raise all kinds of hell. That’s not how we roll. I believe in our guys. I believe in what they stand for and I’ll stand by them…It’s not like we’re done educating.'