On Wednesday, news emerged that a group that follows school mascots had deemed the Notre Dame leprechaun mascot as the fourth most offensive mascot in the country.

But the 1988 champion coach was aghast at the claim that the school’s long-time symbol was offensive. 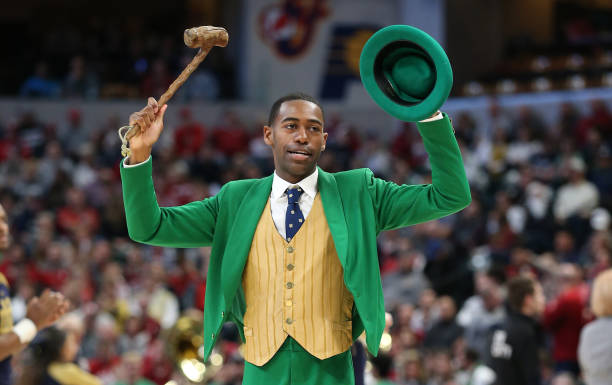 INDIANAPOLIS, INDIANA – DECEMBER 21: The Notre Dame Fighting Irish mascot performs during the game against the Indiana Hoosiers during the Crossroads Classic at Bankers Life Fieldhouse on December 21, 2019 in Indianapolis, Indiana. (Photo by Andy Lyons/Getty Images)

Appearing on Fox & Friends on Thursday, Lou Holz told Fox host Steve Doocy there was no reason to knuckle under to the woke mob attacking the leprechaun.

“The students at Notre Dame, when I coached there for 11 years, they’re proud to be a part of the Fighting Irish. The Irish have a great tradition, etc. But why does everybody have to say what you want to do? There’s a lot of things I don’t like that I tolerate. That’s part of life. That’s part of the United States. It’s part of the freedom of speech,” Holtz said.

“But people, they get offended and try to bully and try to shut ya up,”” Holtz continued. “But I think it’s time for the silent majority to stand up and say no more. This is what we believe, and this is what is going to go on. This is our country, and this is the way it was founded.”

Watch the latest video at foxnews.com

Indeed, Holtz said that one of the reasons the school was called the “Fighting Irish” is because before the 1930s, the religious institution and its students strongly opposed the Ku Klux Klan.

“Notre Dame is standing up to the bullies. There are a lot of things in this world that I don’t like but this country gives you the right to say what you really feel. Let’s understand where the Fighting Irish name came from,” Holtz explained.”It came from a newspaper article in the ‘20s. The Ku Klux Klan invaded South Bend. The students from Notre Dame, which at that time were all male, went down and confronted them and there was a melee that followed. The headline in the paper read ‘Fighting Irish’ and that’s where it really started.”

Holtz also noted how tired he was of wokesters attacking everything about America. 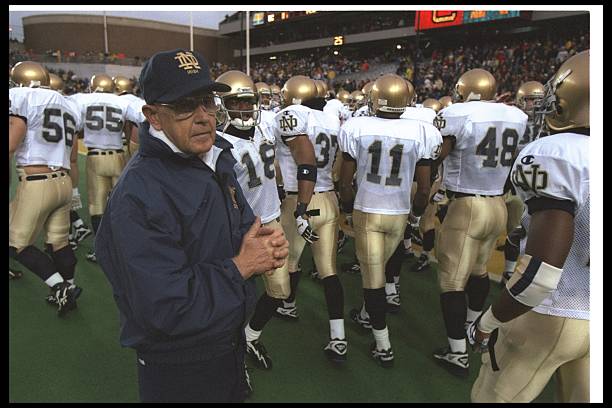 “People don’t like the flag. They don’t like the Pledge of Allegiance. Everything in this world they don’t like – the Redskins. Good Lord knows,” he said, adding, “Let’s have the ability to stand up. I used to think the First Amendment said I have the freedom of speech to say what I want and say what I feel. But let’s not be intimidated any longer. It’s time the silent majority stood up.”

The school already put out a statement saying it had no intention of making any changes to its name or mascot.