In its latest rules change, the International Gymnastics Federation Executive Committee moved to allow athletes to wear head coverings during competitions for the first time in the sport’s history.

The IGF met via video conference last week, during which they ruled that head coverings would be permitted if the coverings met certain requirements, according to Insider.com.

“The EC also agreed that athletes wanting to wear head covers must be allowed to do so as long as the covering respects safety conditions and clothing requirements. A proposal to this effect will be introduced in the Advertising rules for clothing and their appendices, which are set to be approved at the next EC meeting,” the Executive Committee said in a statement. “To be permitted, the head covering will most notably have to be tight fitting around the head and leave the athlete’s face fully exposed so that it causes no safety risk while the athlete is performing. It will also have to be the same color as the competition attire.”

The new head covering rule comes on the heels of the full bodysuits worn by the German women’s gymnast team in protest of sexualizing athletes at this year’s summer Olympics. In addition, many gymnasts recently began claiming that they feel uncomfortable displaying their bodies in the unitards that have been the common gymnast uniform for so many decades.

The move also comes after several years of Muslim athletes complaining that many sports had barred them from wearing hijabs while competing. In response to the calls in 2019, Nike made a big show about releasing its first sport hijab it dubbed the “pro hijab.” 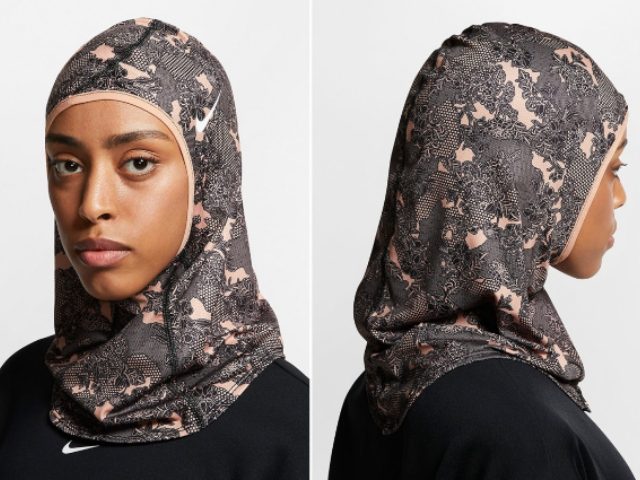 However, Muslim activist Dr. Zuhdi Jasser, president of the American Islamic Forum for Democracy, has criticized the glorification of the hijab and the burka, saying that a celebration of this symbol of oppression is a form of “insanity.” 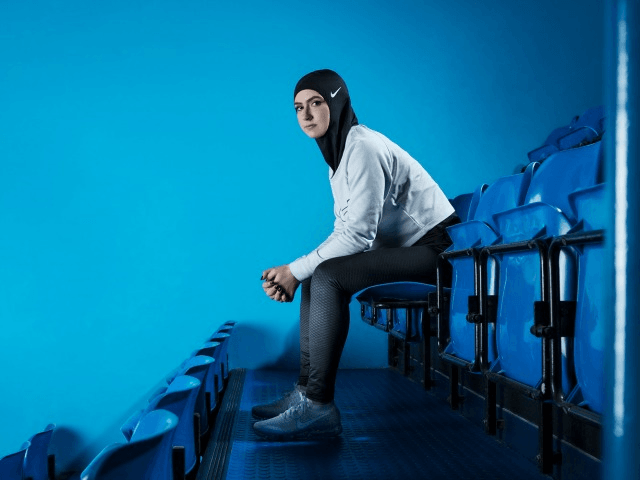 “I think it’s an insanity where sort of mainstream folks — or however you want to identify them — [in] Hollywood and the left use Muslims as this sort of identity checkbox,” said Jasser. “If you look at the rationale of having a swimsuit edition that has a model that’s dressed in a burkini, it just doesn’t make sense no matter which way you look at it.”