WASHINGTON (AP) — President Joe Biden honored the 2020 WNBA champions Seattle Storm on Monday, celebrating their success on the court and hailing the four-time title holders for changing lives with their activism.

The visit marked the first time that an NBA or WNBA team has visited the White House since the Cleveland Cavaliers were feted by Barack Obama in 2016.

Presidents typically host college and major league sports champions for a White House ceremony. But the two big basketball leagues skipped such celebrations during Donald Trump’s administration as several prominent players and coaches were outspoken about their opposition to Trump’s rhetoric and policies. 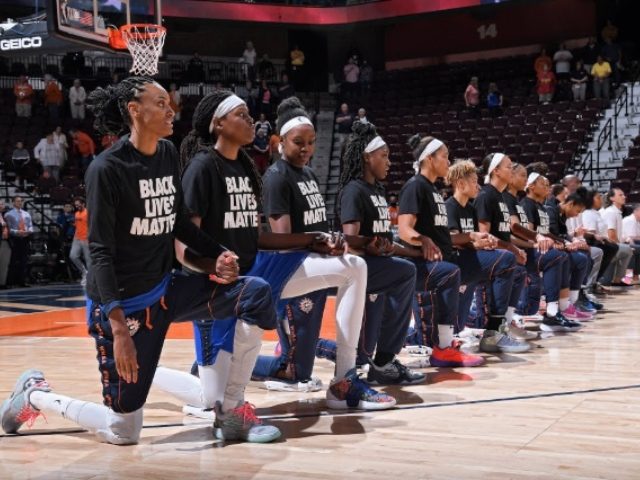 Biden marveled at the team and its feats on the court. The team includes three players who won gold medals as part of Team USA’s women’s basketball team at this summer’s Olympic games—Sue Bird, Jewell Lloyd and Breanna Stewart. The three presented Biden with a souvenir Storm jersey.

Biden also took a moment to note team members’ efforts to spotlight the issue of police brutality in Black communities, promote voter registration, speak out about violence against transgendered people and encourage Americans to get vaccinated.

“What makes this team remarkable is they don’t just win games, they change lives,” Biden said. “That’s what winners do. They shine the light and lift people up. They’re a force for change. That’s the Seattle Storm, that’s the WNBA.”

Warnock defeated Republican Sen. Kelly Loeffler, co-owner of the Atlanta Dream. Loeffler, an ally of Trump, came under criticism from WNBA players for attacks on the Black Lives Matter movement. Loeffler and her fellow owners sold the team this year.

“It feels good to be back in this place and have our achievements celebrated in this way,” Stewart said in brief remarks at the ceremony.

Before the visit, Bird said that with Trump out of office, she was happy to visit the White House “now that it’s back in a place where it’s considered an honor.” 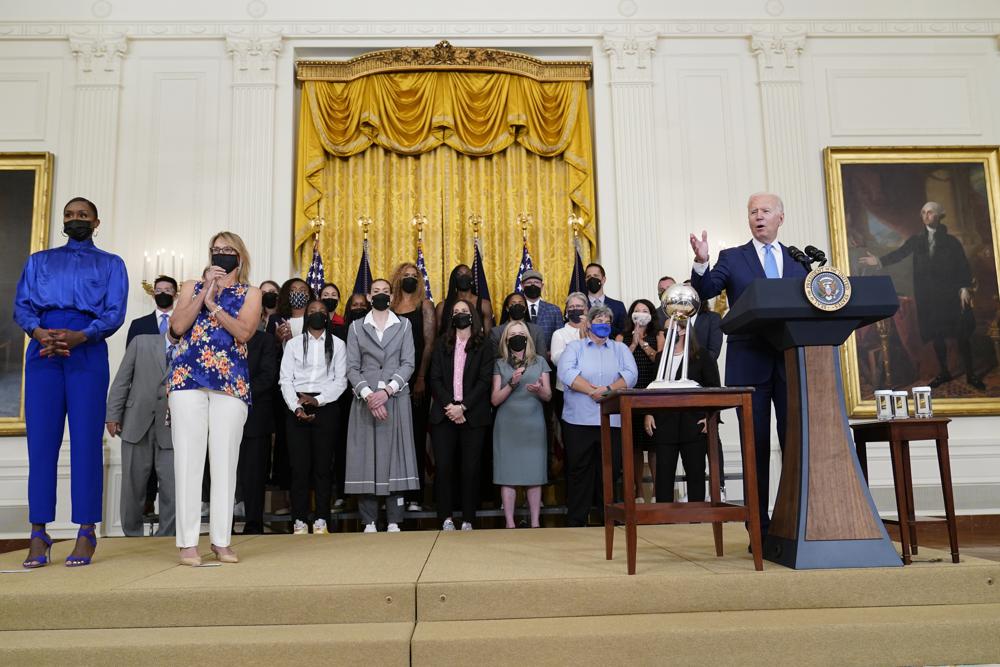 Many WNBA players, including Bird, have been outspoken in their embrace of social justice movements such as Black Lives Matter, which Trump characterized as a violent, radical ideology. Trump was also critical of Bird’s fiancée, U.S. soccer star Megan Rapinoe.

“I think for a very long time, up until 2016, going to the White House was an honor — it wasn’t necessarily political,” Bird said before the visit. “It was to meet the president of the United States. The person who holds that office acknowledging your team’s success.”

During his campaigns and presidency, Trump got in several public spats with prominent athletes and coaches who have sought to use their celebrity to spotlight social justice and other issues.

Trump lashed out at Stephen Curry and his Golden State Warrior teammates in 2017 after they declined the customary White House invitation. The Republican also has repeatedly feuded with Lakers’ star LeBron James, who was an outspoken critic of Trump and endorsed Hillary Clinton and Biden’s White House runs.