A new survey from Sports Handle has revealed which National Football League (NFL) fans drink the most during games, asking respondents “about their drinking habits to find out which are the ‘booziest’ of them all.”

According to the survey’s findings, the Cincinnati Bengals take the number one spot for drinking the most during a game, with fans drinking an average of 5.2 adult beverages. 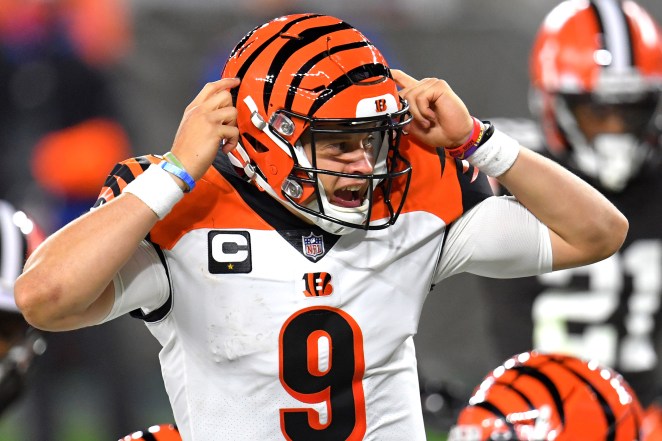 Coming in second after the Bengals are Baltimore Ravens fans who drink an average of 4.7 drinks per game, followed by Buffalo Bills fans (4.5 drinks), Chicago Bears fans (4.5), and fans of the Carolina Panthers (4.4). 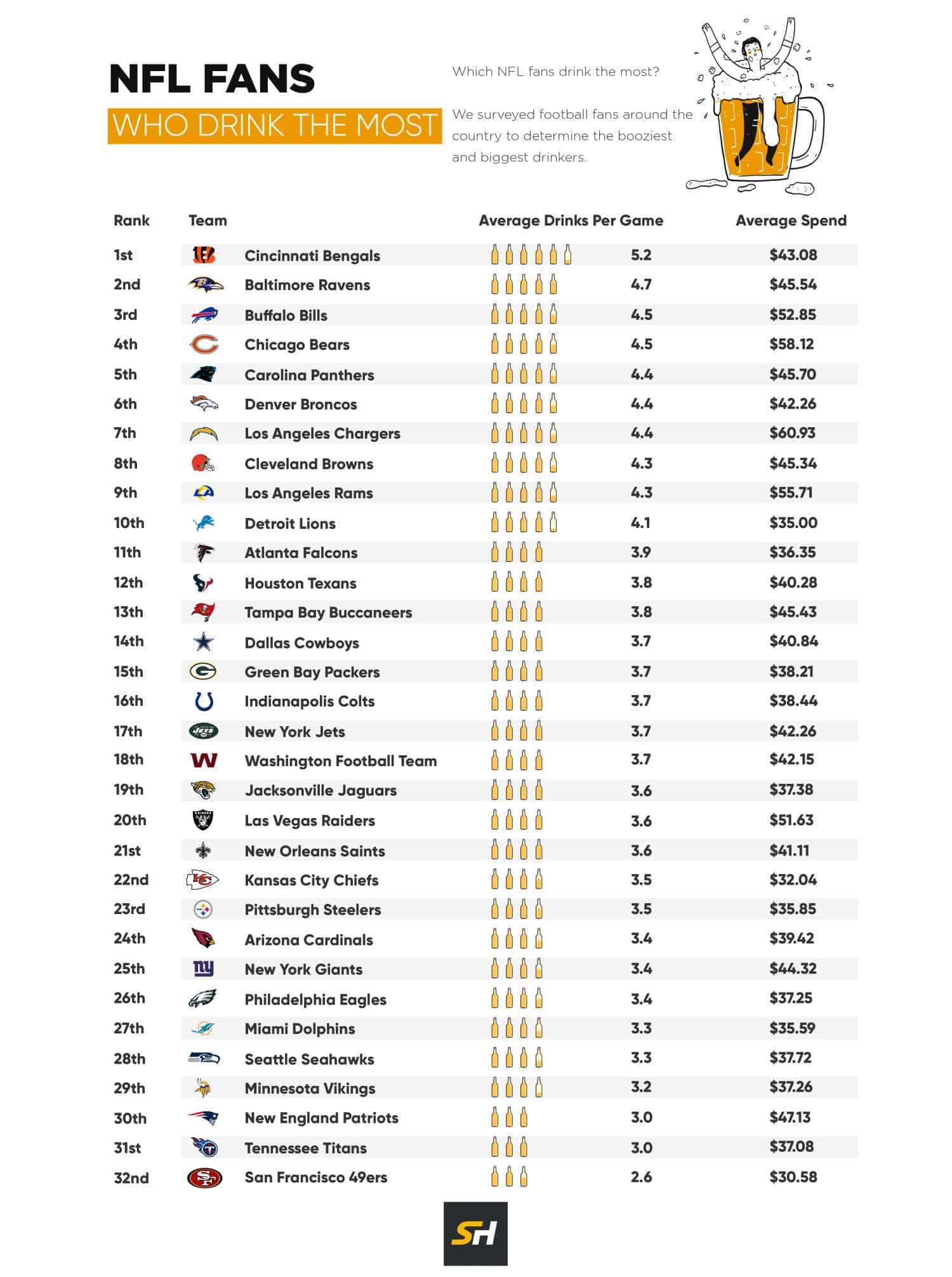 Sports Handle also reported that “across the state of Ohio in Cleveland, the Browns rank No. 8 with an average of 4.3 drinks during a game.”

As for who spends the most money on alcoholic beverages, Los Angeles Chargers fans came in first, spending an average of $60.93 per game. Fans of the Chicago Bears also spend a lot on alcohol during games, spending on average $58.12 per game.

Pregaming was also a topic in the survey, questioning which fans are most likely to drink before a game. Coming in at number one on the list were fans of the Buffalo Bills, followed by fans of the Carolina Panthers (No. 2), Atlanta Falcons (No. 3), Chicago Bears (No. 4), and the Arizona Cardinals (No. 5).

Fans of the Buffalo Bills and Panthers also took the first and second spot, respectively, for “most likely to miss some or all of a game due to drinking.” 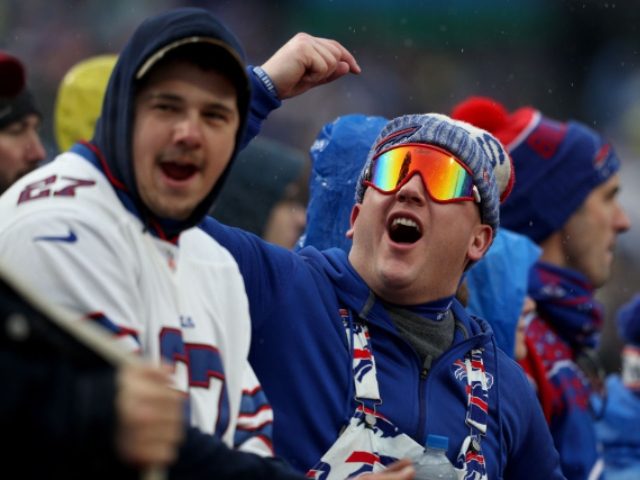 The survey was conducted from June 21 to 30 and included responses from 2,013 self-reporting National Football League fans over the age of 21 from around the country, 62 percent of which were male and 38 percent were female.