During an interview with both Harrison and Fabian, a reporter who called himself “Millz from Pub Sports Radio” began his questions by saying to Fabian, “Don’t take this the wrong way, but you’re a pretty woman.” He followed up the remark by saying, “You can fight pretty well good too.”

In the video, Harrison could not hide her disbelief. “Hey, I got a question for you,” Harrison interjected and asked:

If you were interviewing a guy, would you say to him, after pronouncing his name wrong, would you say, ‘Hey, by the way you’re a real handsome guy. But, oh, you can fight too,’ Like, would you say that to a guy? No. You just base how you talk to them on their skill and based off of them as a human being. Not, ‘Oh! You’re a beautiful man!’

The reporter tried to explain himself, but Harrison was not interested. She told him he was “disrespectful” and that Fabian was a “professional.”

A post shared by G E N A H (@genahfabian)

Harrison later tweeted, “To the reporter I called out today, I just want to say, I know you’re not a bad guy. It wasn’t personal, and I hope you know that. Sending you good vibes”:

To the reporter I called out today, I just want to say, I know you’re not a bad guy. It wasn’t personal and I hope you know that. Sending you good vibes.

Have you seen these (muscles)? You see those things. [Fabian] keeps saying she’s got a team of scientists, she’s big, she’s a true 155er, but I used to do judo at 175 pounds, okay? It’s not like I’m this little thing. It doesn’t matter, Izzy (Adesanya) couldn’t stop my takedowns. I don’t care how big you are, big trees fall hard.

Fabian credited her “team of scientists” for her confidence going into the fight and told reporters Tuesday, “Everyone’s unbeatable until they’re beaten. … I believe that I’m the star. I’ve got the size, I’ve got the skill set to do so come Thursday night.” She said:

I trust in my work and my coaches and the gameplan that they’ve devised. We’ve got a team of scientists, if you will, behind things. I just trust in the work that they’ve put me through the game plan and obviously my skill set and all my hard work that I’ve put not just into this particular camp, but over the years and over the last couple of years. 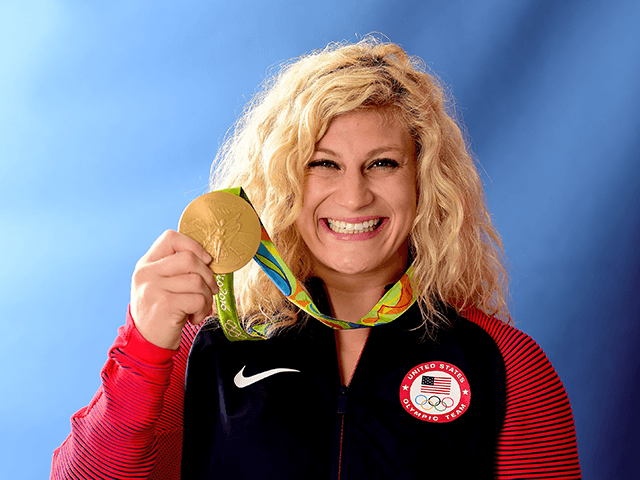 Judoka Kayla Harrison of the United States poses for a photo with her gold medal on the Today show set on Copacabana Beach on August 12, 2016, in Rio de Janeiro, Brazil. (Photo by Harry How/Getty Images)

Millz, and any other reporter, might want to think twice about their level of respect towards these two beautiful ladies in the future. 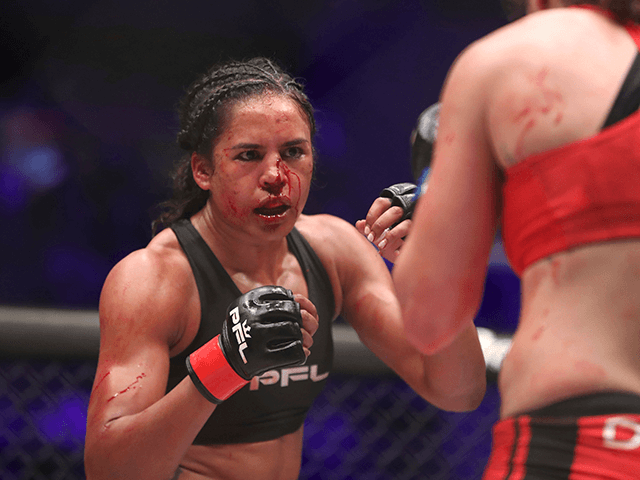 The 2021 PFL Playoffs 2 takes place Thursday at Seminole Hard Rock Hotel & Casino in Hollywood, Florida. “The [PFL] league was formed when Donn Davis, Mark Leschly, and Russ Ramsey bought the WSOF in 2017 for $25 and rebranded the organization into a tournament-style — think March Madness in a cage — league. The PFL landed two-time Olympic judo gold medalist Kayla Harrison as its star, who won her first two professional fights this summer,” the AP reported in 2018.