Get ready to learn the difference between fielding positions that include square leg and silly mid-on. Cricket is seeking to end its 128-year absence from the Olympic sports roster by pushing to join breakdancing for inclusion at the 2028 Los Angeles Games.

The sport’s world governing body said Monday it is confident of taking part on the back of last week’s announcement that baseball and softball have been dropped for the Paris 2024 games while breakdancing will join the sports on offer as announced last year.

AT LONG LAST: The International Olympic Committee announced Monday that breakdancing will be an event at the 2024 Paris Games. https://t.co/IwYaSQ2zF2

Cricket has appeared once in the Olympics, at Paris in 1900, where the Devon and Somerset Wanderers, representing Great Britain, beat the only other entrants, a team of British embassy staff appearing as France, by 158 runs in a one-innings match, News.com reports.

International Cricket Council (ICC) chair Greg Barclay said the Tokyo Games, which ended on Sunday, had been an inspiration and  cricket’s large fanbase meant it should be invited to the party.

“I would like to congratulate the IOC, Tokyo 2020, and the people of Japan for staging such an incredible Games in such difficult circumstances,” Barclay said in an ICC statement.

“It truly was fantastic to watch and captured the imagination of the world and we would love for cricket to be a part of future Games. 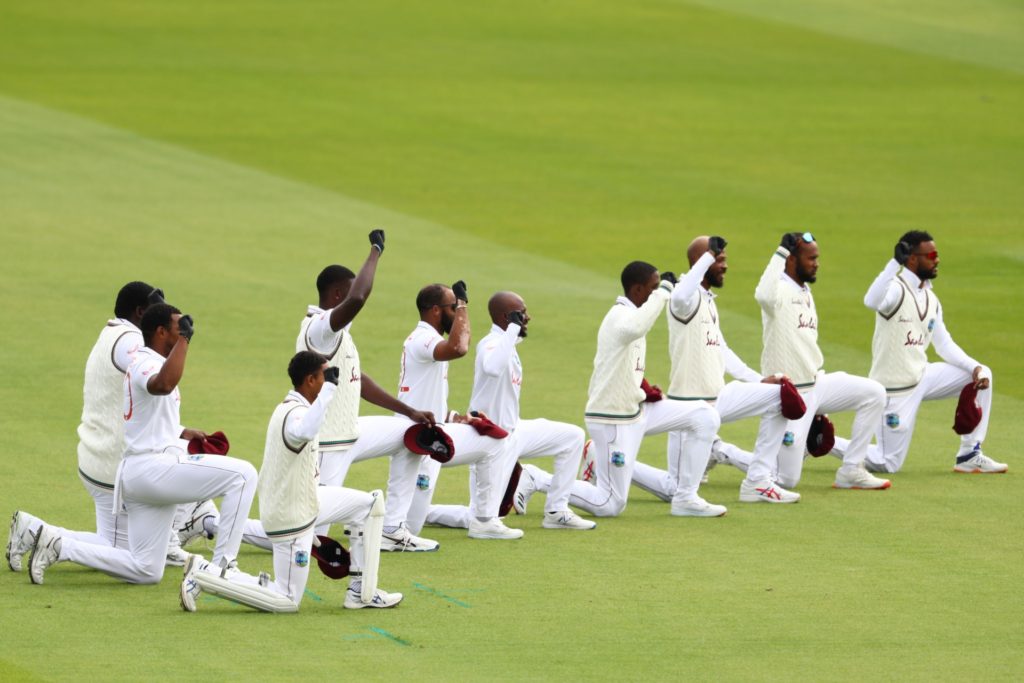 West Indies players ‘take a knee’ in support of the Black Lives Matter movement, prior to the start of the third Test cricket match between England and the West Indies at Old Trafford in Manchester, north-west England on July 24, 2020. (MICHAEL STEELE/POOL/AFP via Getty Images)

“We see the Olympics as a part of cricket’s long-term future. We have more than a billion fans globally and almost 90 percent of them want to see cricket at the Olympic.”

The USA’s chair of cricket is hopeful to see the sport feature in his country in seven years’ time, ABC News Australia reports.

“USA Cricket is thrilled to be able to support cricket’s bid for inclusion in the Olympics,” Paraag Marathe said.

“The timing aligns perfectly with our continuing plans to develop the sport in the USA.”