After repeated shocking losses to teams that no one expected to beat them, the U.S. Women’s National Soccer Team salvaged a disappointing third-place Bronze medal by beating Australia on Thursday.

Led by chief protester Megan Rapinoe, the U.S. women were the prohibitive favorites to bring home the gold in women’s soccer, but after a shocking loss first to Sweden and later to Canada, the U.S. women became an epic tale of collapse.

Finally, though, with the 4-3 win against Australia, Rapinoe and her team brought home a third-place finish with a bronze medal; a far cry from the sweeping victory everyone expected of them, ESPN reported. 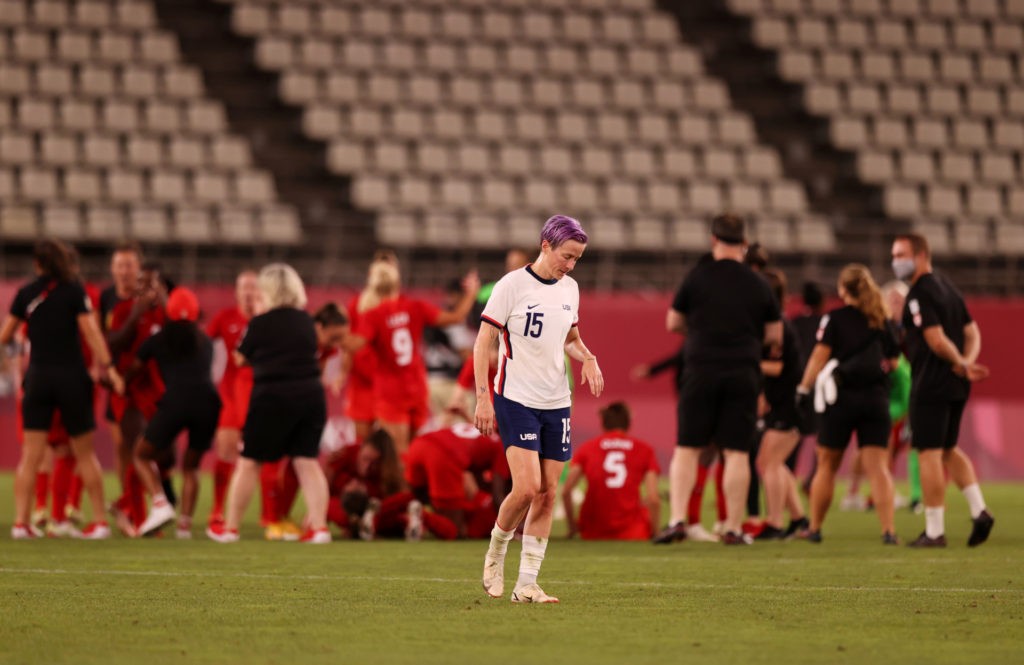 The game did bring honors for Carli Lloyd who became the U.S. team’s top scorer in Olympics history with ten goals. But even with Lloyd’s efforts, the U.S. team only pulled the game out by one after Australia made a second half comeback that nearly brought a win.

Throughout the Games, many thought the U.S. Women’s team was more interested in woke virtue signaling than in playing soccer.

President Donald Trump led the pack of detractors saying that in a statement that Rapinoe and company were more interested in being “woke.”

If our soccer team, headed by a radical group of Leftist Maniacs, wasn’t woke, they would have won the Gold Medal instead of the Bronze. Woke means you lose, everything that is woke goes bad, and our soccer team certainly has. There were, however, a few Patriots standing. Unfortunately, they need more than that respecting our Country and National Anthem. They should replace the wokesters with Patriots and start winning again. The woman with the purple har played terribly and spends too much time thinking about Radical Left politics and not doing her job!

"If our soccer team, headed by a radical group of Leftist Maniacs, wasn’t woke, they would have won the Gold…Woke means you lose…The woman with the purple hair played terribly and spends too much time thinking about Radical Left politics and not doing her job!"

Others agreed that the U.S. women’s team should have spent more time playing soccer and less time protesting against the country they are supposed to be representing.

RT if you enjoy seeing the US Women's Soccer Team lose!

Everyone should be rooting for the Anti American Marxist Women soccer team to lose. They're a total disgrace. Bronze medal is like a participation trophy

US women’s soccer bringing home bronze is beyond embarrassing. Do better

Women’s Soccer gets celebrated and worshipped for a Bronze while other athletes are not even acknowledged for Gold and Silver, much less Bronze.

Next time any Womens soccer team, The USWNT or Rapinoe complains about pay, remind them that they barely made Bronze in the Olympics.

The U.S. women's soccer team should be paid in bronze. https://t.co/2hA4BqBULE