U.S. Olympic hammer thrower and national anthem protester Gwen Berry claims she has “earned the right” to wear Team U.S.A.’s red, white, and blue uniform even as she constantly protests against her country.

Berry, who raised eyebrows for turning her back to the flag and during the playing of the national anthem at the Olympic trials in June, said she has every right to represent the very country she is protesting. 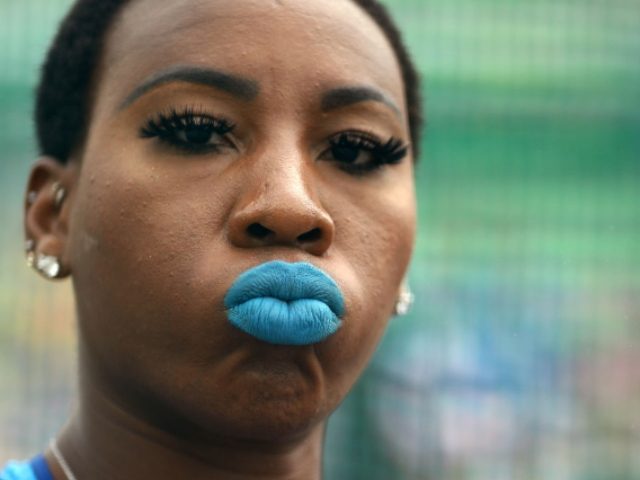 “I feel like I’ve earned the right to wear this uniform,” Berry said Sunday.

“I’ll represent the oppressed people. That’s been my message for the last three years,” she added, saying that she no fully intends to protest against the country on the medal stand if she wins a medal in the Games.

Berry added that those who oppose her protests are the farthest thing from her mind.

“I’m just focused on what I need to do,” Berry concluded. “Because all those people who hate me, they aren’t here. So, they can’t affect me.”

Berry previously protested against the country on the medal stand during the Pan American Games two years ago when she won the gold, a protest that earned her a 12-month probation for violating rules against protesting on the medal stand. 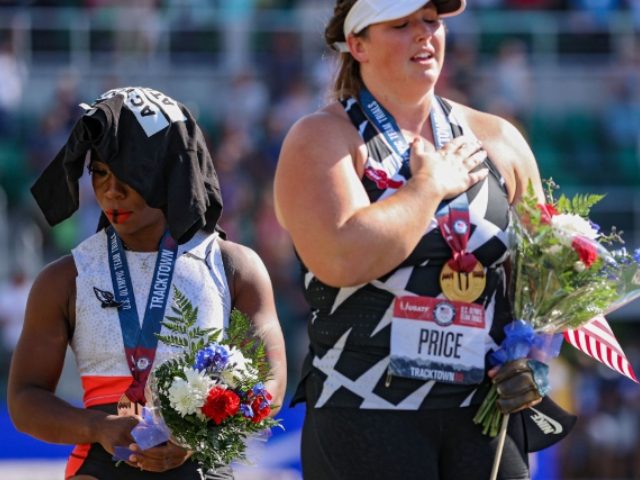 Berry also made an odd accusation after she protested at this year’s Olympics trials by saying she was “set up” when the national anthem played as she stepped up to the medal stand.

Berry also falsely insisted that the U.S. national anthem has racist lyrics and that it “doesn’t speak for black Americans.”

The 32-year-old athlete hasn’t always been a virulent anti-American protester, though. As Breitbart Sports previously reported, Berry claimed to be a proud American and happily stood at attention during the national anthem before 2016.