Joyous members of the Fiji rugby side that won gold at the Tokyo Olympics on Wednesday climbed the winner’s stand and offered prayers of thanks and a hymn to commemorate the occasion.

It was the second Olympic win in a row for the men from the Pacific Islands and they could not hold back their excitement:

Fiji issued a commemorative seven-dollar note after the win in Rio and Prime Minister Frank Bainimarama on Wednesday toyed with the idea of a $14 note to mark Fiji’s back-to-back sevens wins.

“The win is worth more than a gold to Fijians everywhere,” Bainimarama told Radio New Zealand. “Fijians love this game. It has always united us. (It) shows that we can achieve greatness no matter what the world may throw our way, even with COVID.”

This time the players simply expressed their joy in winning and their undiluted love for God and country after their 27-12 triumph over New Zealand in the final.

Rugby is the national sport in Fiji, played with enthusiasm at both the seven-a-side Olympic level and the 15-a-side international version of the game. 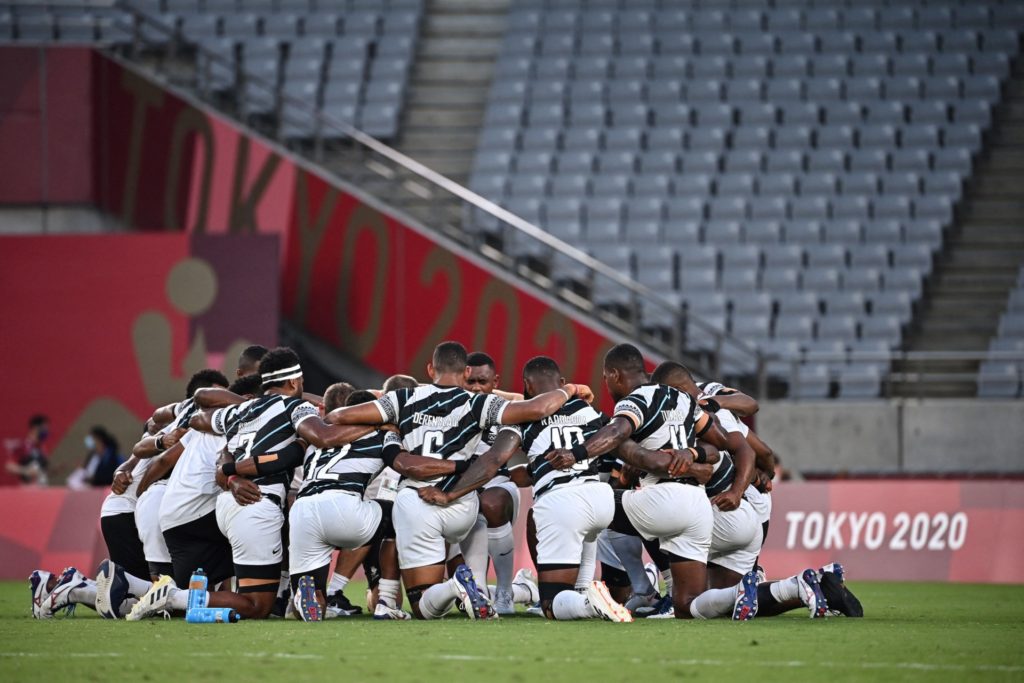 Fiji’s players join in prayer after winning the men’s final rugby sevens match between New Zealand and Fiji during the Tokyo 2020 Olympic Games at the Tokyo Stadium in Tokyo on July 28, 2021. (BEN STANSALL/AFP via Getty Images) 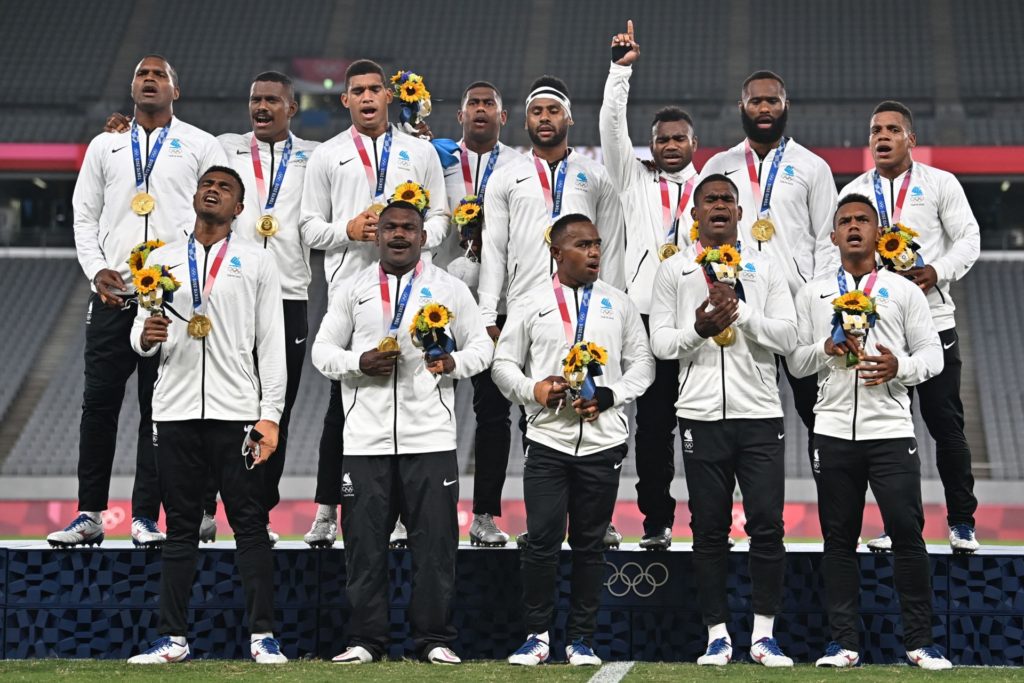 Fiji’s players celebrate with their gold medals while standing on the podium after the victory ceremony following the men’s final rugby sevens match during the Tokyo 2020 Olympic Games at the Tokyo Stadium in Tokyo on July 28, 2021. (Ben STANSALL / AFP)

Back home the joy was also unrestrained.

Fiji Broadcasting Corporation presenter Jaquee Speight tweeted: “Last Olympics we gathered in numbers, tears flowed and bells were rung. Tonight in the middle of a pandemic and (with) Fiji under curfew, pots and pans ring, fireworks go off in yards and the cheers from every house can be heard.”

AP reports in an editorial, the Fiji Times newspaper lauded the sevens team’s victory against the odds and its effect on a weary nation.

“When all things are said and done, there can be no doubts about the impact of tonight’s victory on the people of our nation,” editor in chief Fred Wesley wrote. “Staring at a blank wall since April with the number of COVID-19 cases going out of hand, Fijians finally had something to feel good about. We were united as a nation.