U.S. sprinter Sha’Carri Richardson’s exclusion from the Tokyo Olympics after being caught smoking marijuana may be the last time an athlete is denied a place for such a personal indiscretion, the president of international track body World Athletics said Tuesday.

Sebastian Coe said the absence of the 21-year-old Richardson is “a loss to the competition” and added he supports a review of marijuana’s status as a doping substance in light of her case.

“It should be. It’s sensible,” Coe said when asked if a rethink was needed about marijuana being on the World Anti-Doping Agency’s (WADA) prohibited list, AP reports.

“Nothing is set in tablets of stone,” said Coe, who has asked track’s independent Athletics Integrity Unit to work with WADA. “You adapt and occasionally reassess.”

As Breitbart News reported, the sprint sensation tested positive for marijuana at the U.S. Olympic athletics trials back in June and was barred from the 100m at the Tokyo Games.

She apologized immediately for the error, stressing the regret and sorrow she felt toward her supporters:

“Don’t judge me, because I am human… I just happen to run a little faster.”

The U.S. Anti-Doping Agency announced moments after her confession Richardson had accepted a one-month ban from June 28, meaning her 100m victory at the trials has been cancelled.

“I would like to say to my fans, my family and my sponsors I apologize,” Richardson said at the time. “I apologize for the fact that I didn’t know how to control my emotions or deal with my emotions during that time. 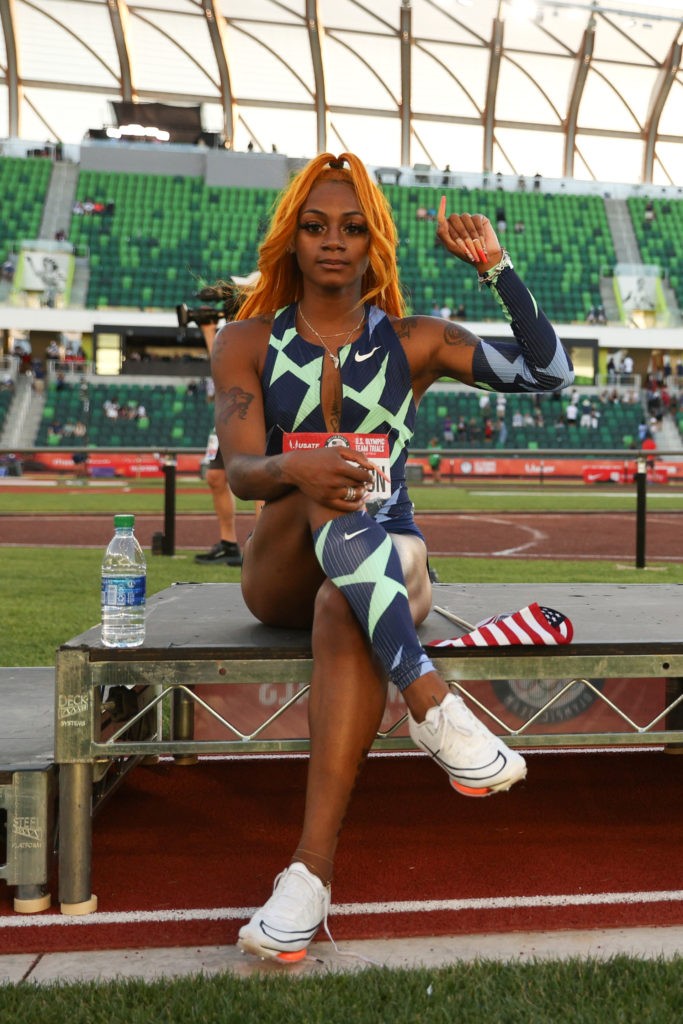 The South Dallas, Texas track & field star said she had smoked marijuana to help cope with her mother’s recent death and accepted a 30-day ban.

That ban expired on Tuesday, so she could have competed in the 4×100 relay but she wasn’t selected by the U.S. team for the trip to Tokyo.

Even before the ban took effect petitions were being cirulcated demanding an exception be made to allow the sprinter to compete as others saw more factors allegedly at play:

Clearly it's racism, because EVERYTHING is racism. https://t.co/DMuKNo3msj

“I am sorry for her that we have lost an outstanding talent,” Coe said three days before the start of the track and field program at the Tokyo Games.

Coe, a two-time Olympic champion in the 1,500, acknowledged that current anti-doping rules were applied correctly in her case.

“I don’t want to sound like Joe Biden,” Coe said, referring to the American president’s comments about Richardson, “but the rules are the rules and that is the way they have been interpreted.”

The Associated Press contributed to this report