Megan Barth, editor-in-chief of the Nevada Globe, told SiriusXM’s Breitbart News Sunday host Joel Pollak on Sunday that Republicans have an opportunity to make political inroads in the Battle Born State given the “far-left” hijacking of the state’s Democrat Party. 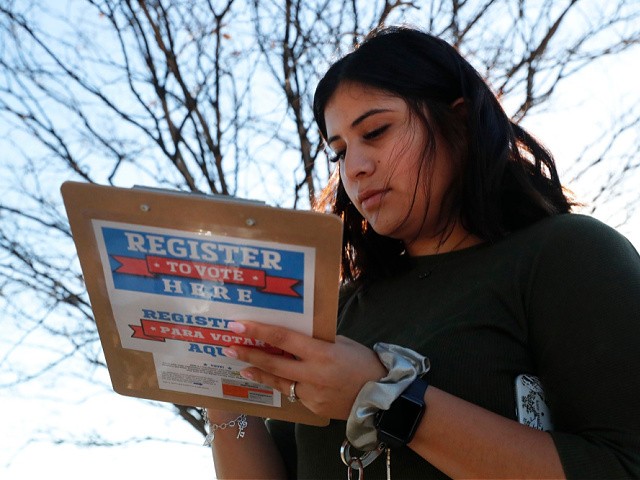 “We are and historically have been a swing state. If you look at Nevada, we’ve gone from Republicans to Democrats pretty much, it seems, every other year,” Barth said. “However, since 2016 … radical-left Democrats hijacked not only the state, but they also hijacked the state party, the Democrat Party. So you have a lot of people without a home right now, a lot of voters without a home, a lot of independents.”

“[Nevada] Democrats don’t really know how to appeal to this hard-left base, so there’s a wide-open shot,” Barth assessed. “When you look at the Nevada numbers — especially the voter registrations — for the first time in history, independents have surpassed both parties’ registration numbers. So we have more registered independents — or no party affiliation — in Nevada than we ever have before. This is also causing the candidates to — I guess, what you would consider — water down their message and be more independent than partisan.”

Democrats are politically vulnerable given their association with decrees, including lockdowns and mandates for vaccines and mask-wearing, ostensibly to protect public health, Barth noted. She described private sector unionized workers as a possible reservoir of political support for Republicans.

“The unions are a powerful force. The union brass is very powerful, but not all union members are radical leftists. A lot of the union members are very upset with the governor right now because of the shutdowns, because of the lockdowns, because we had an unemployment disaster here, where no one was getting paid for months and months because the system was so archaic and bogged down through the overwhelming number of people applying for unemployment,” she said.

“The unions really aren’t happy with the lockdowns. Nor are they very happy with the mask mandates [and] the vaccination mandate,” she added. “Some casinos are simply just mandating that the full-time employees get the vaccine, but the union workers are spared. When you come into Vegas and if you stay at the Venetian, or wherever, all of the workers that you see are part-time workers. They are not vaccinated, a majority of them, because only the full-time workers are supposed to be fully vaccinated.”