Most of the “baddest actors” charged at the Nuremberg Trials escaped justice, Dean Reuter, general counsel and vice president at the Federalist Society and co-author of The Hidden Nazi: The Untold Story of America’s Deal with the Devil, stated on Friday’s edition of SiriusXM’s Breitbart News Daily.

“One disturbing scene that came out of a lot of these Nazi trials [is that] the folks that weren’t executed — that were given a term of years — very, very few of them served their full sentences,” Reuter noted. “I just found that really disturbing. … “These were the baddest actors that we’ve identified — that the legal process really has identified — in history, and a lot of them just didn’t serve their full sentences.” 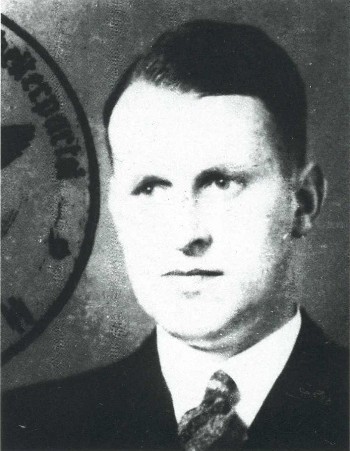 He added, “Hundreds of people made deals at various levels of complicity [and] various levels of guilt. … Hans Kammler is probably the highest ranking, most ridiculously bad person that would have able to escape justice, but Nuremberg, I think, was effective in terms of putting down a marker and basically underscoring the phrase that has now become famous: ‘Never Again.'”

In The Hidden Nazi, Reuter explained how General Hans Kammler, a Nazi S.S. commander who designed the Third Reich’s network of concentration camps and V-2 rocket program, likely escaped Europe with aid from the U.S. government in exchange for intelligence.

Reuter remarked on the Nuremberg Trial’s impact on treaties. It “revolutionized international law,” he stated.

“At this first trial there were 24 defendants,” he said. “Twelve of them were sentenced to hang, but two of them managed to commit suicide before those hangings had taken taken place, and one, [Martin] Bormann, had been tried in absentia. So nine were hanged, a couple of them got life in prison, and the rest got between 10 and 30 years.”

He concluded “[The Nuremberg Trials were] a huge deal, and this is the 75th anniversary of the reading of the verdicts and sentences of the defendants. … The trial unfolded over about 11 months, from November of 1945 to September of 1946, and October 1 of 1946 was actually when the trial concluded, 75 years ago today.”