Singer-songwriter John Ondrasik, who performs under the stage name Five for Fighting, said on Wednesday that Andrew Breitbart was a part of his inspiration to write and release his latest song, “Blood on My Hands.”

The lyrics for “Blood on My Hands,” a song critical of the Biden administration’s stated withdrawal from Afghanistan, include references to Secretary of State Antony Blinken and Gen. Mark Milley, chairman of the Joint Chiefs of Staff: “Winkin’ Blinken can’t you look me in the eyes?” and “Willy Milley when did you decide ‘this sacred motto’ now means … never mind.”

Ondrasik described his motivation and rationale for composing and releasing the song in an interview on SiriusXM’s Breitbart News Daily with host Alex Marlow. Despite being advised by others to withhold the song due to fears of political retaliation, he credited his memory of Andrew Breitbart’s moral example as an inspiration to express himself openly.

“Then I decided, should I put it out or not?” he remarked, “and everybody said, ‘No,’ and then I thought about our old friend Andrew Breitbart and said, ‘You know what? Andrew would put this out.’ So I did.” 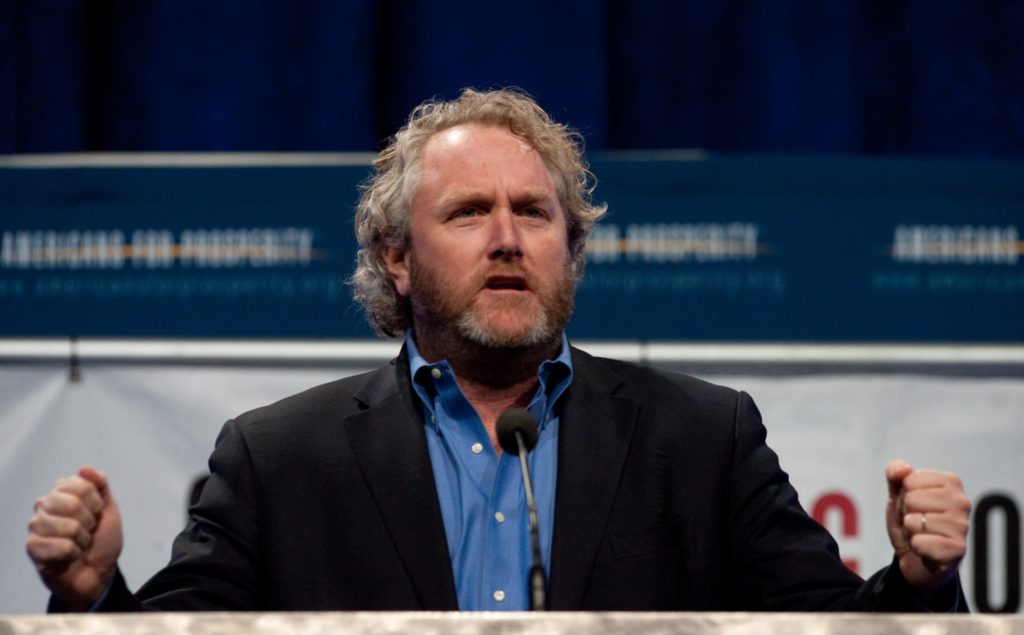 In an open letter attached to his song’s posting on YouTube, Ondrasik wrote of his rationale for producing “Blood on My Hands”:

Like all Americans, I was stunned and horrified at the images of falling bodies from planes, mothers handing babies over walls, and terrified Afghans being crushed to death at checkpoints due to our precipitous withdrawal from Afghanistan. I am deeply troubled by the plight of Afghan women forced to live under the return of Taliban rule and felt great sadness when reading a story about a popular folk singer, Fawad Andarabi, being dragged from his home and shot by the Taliban.

Though I believe the decision to withdraw or not from Afghanistan has good arguments on both sides, I cannot comprehend why the Biden administration would not extend the August 31 deadline thus leaving American citizens, SIV holders, and Afghan allies behind to a terrorist Taliban regime. As a life-long supporter of our military I believe “no man left behind” applied to all Americans as well as those we promise to protect.

On the day 13 of our soldiers and over 60 Afghans were killed by a suicide bomber I sat down to write this song. After our last solider left Afghanistan, I received a call from a friend organizing rescue evacs of “AM-CITS” and SIV holders. It was a highly emotional call and moment of clarity. Private citizens now had the burden of risking their lives to rescue Americans and Afghan allies that our government left behind. America has broken her promise, but these brave Americans have not.

Ondrasik described the Biden administration’s top military leadership as “Orwellian” in its framing of the Afghanistan withdrawal as “an extraordinary success.”

“The verses … [came together] when President Biden came out with his ‘an extraordinary success’ speech, and like I think all of us were, I was insulted,” he remarked. “As you said, I have a great esteem for the military, and I expected General Milley and [Secretary] Austin to come out and say, ‘Look, let’s clarify that, and here are some things we did wrong and what we’re going to do,’ but no. They echoed the same party line and that scared of the hell out of me.”

He continued, “This is Orwellian, and  if our generals are going to basically call this an extraordinary success and say, ‘What a great evac,’ we’re in trouble.”

President Joe Biden praised the stated Afghanistan withdrawal as successful, despite the killing of 13 U.S. military servicepersons and dozens of Afghan civilizans in suicide bombing attacks at the Hamid Karzai International Airport in Kabul. He said, “The extraordinary success of this mission was due to the incredible skill, bravery, and selfless courage of the United States military and our diplomats and intelligence professionals.

Ondrasik maintained that his critiques of the White House are without partisan double standards. He held, “If Donald Trump was president and we were in this position, I’d write the same song, only the names would change. Now, would I be on a few other channels and would I be maybe the toast of the town? Yeah.”