“He’s not of sound mind,” Jackson said of Biden. “There’s no way he’s of sound mind. I don’t even know if he needs a cognitive test, anymore. It’s so obvious to everyone at this particular point that this man is not cognitively fit to be our president. I would love for him to take [a cognitive test]. I demanded that he’d take one, I’m still insisting that he take one, at least make an effort to document to us that you can do this.”

He continued, “We all know at this point. We watched so much of it. We know. Any layman can look at this. You don’t have to be a physician to look at this — and look at [Biden] — and realize something’s wrong with this man.

Biden “looked like he was going to fall asleep [during] the entire conference,” Jackson said of the president’s composure last Thursday while speaking with news media.

“It was hard to watch,” he added.  “It really was. Every time [Biden] gets on TV, it’s just hard to watch this man try to function. He’s so incompetent, and he has so many cognitive issues, right now.”

Jackson predicted that Biden would be unable to complete his presidential term due to progressive mental decline. 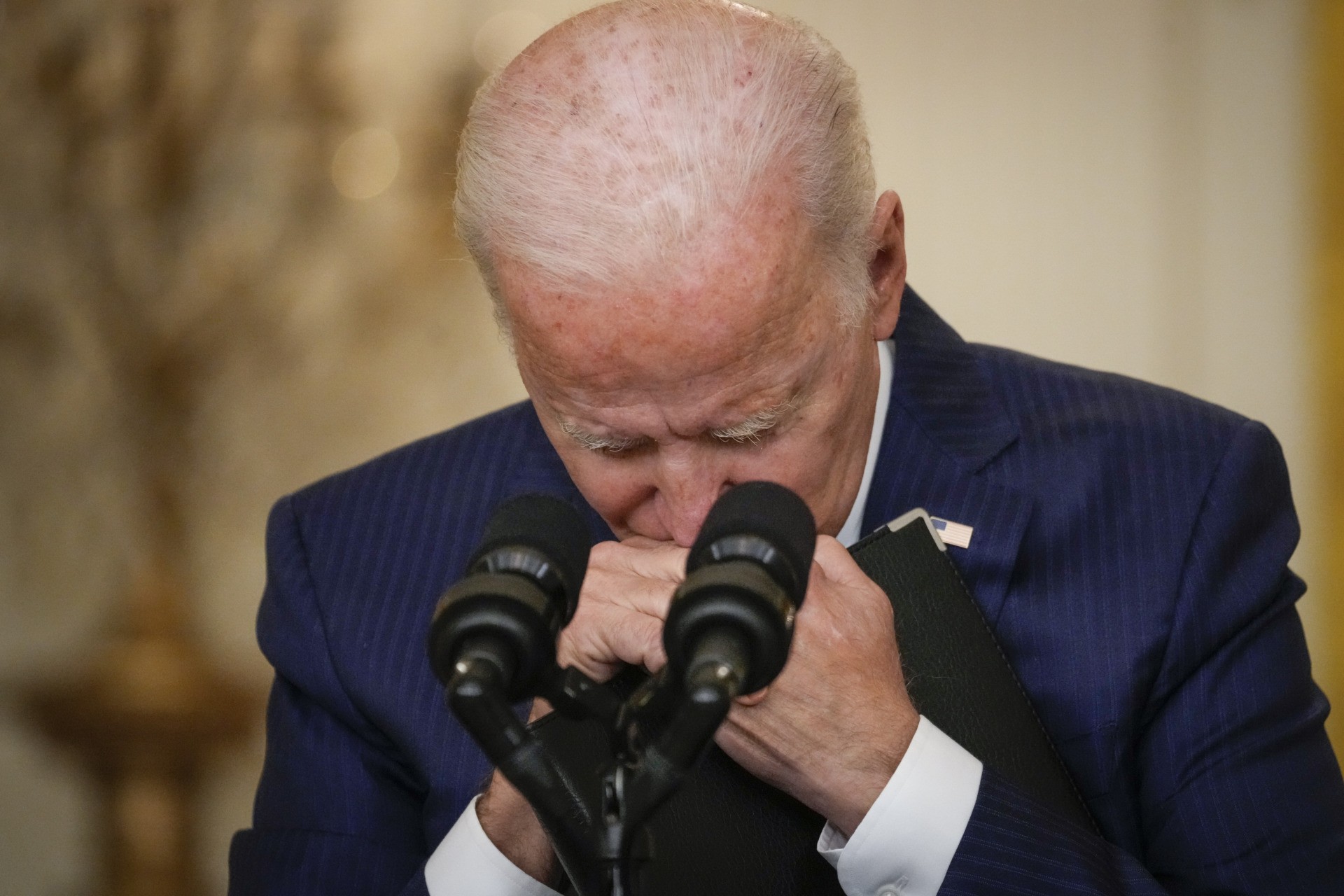 WASHINGTON, DC – AUGUST 26: U.S. President Joe Biden pauses while listening to a question from a reporter about the situation in Afghanistan in the East Room of the White House on August 26, 2021 in Washington, DC. At least 12 American service members were killed on Thursday by suicide bomb attacks near the Hamid Karzai International Airport in Kabul, Afghanistan. (Photo by Drew Angerer/Getty Images)

“There is just absolutely positively no way — I promise you — this man cannot — he cannot make it to the end of his four-year term,” Jackson assessed. “He won’t, and I don’t know at what point that happens. I don’t know how it happens. I don’t know if he resigns, I don’t know if they use the Twenty-Fifth Amendment to get rid of him. I don’t know if we ultimately impeach him over his dereliction of duty related to Afghanistan, but somehow or another he leaves. He does not finish this term, and eventually the Democrats will be the ones pushing that, because they can’t cover up for him, anymore.”

He concluded, “The Democrats and the mainstream media can only cover up for this man so much. But this is something and I said this before, Joe Biden is not a fine wine. He is not going to get better with time. This is going to continue to progress and get worse and worse, and eventually, they will not be able to cover that up.”

In June, Jackson called on Biden to take a cognitive test while joining several Republican colleagues in an open letter to the president. The letter includes examples of how Biden’s “mental decline and forgetfulness have become more apparent over the past eighteen months.”