Thursday was “one of the worst days in American history,” Larry Elder, talk radio host and Republican candidate for governor of California in the state’s special election, said in reference to the suicide bombing attacks in Kabul, Afghanistan, in which at least 12 U.S. military personnel were killed.

“It’s a very, very sad day,” Elder remarked. “One of the worst days in American history, and I must say the roots of this are this talking point that I’ve heard from people on the left and on the right that we need to end these quote — endless wars — close quote. I’ve heard Republicans say that. I’ve heard Democrats say that. We’ll end endless wars when we end endless enemies.”

Last week, Gov. Gavin Newsom (D-CA) said he was “incredibly proud of President Biden” in response to a question about the president’s policy towards Afghanistan.

In the coming weeks, President Biden is supposed to travel to California to campaign for @GavinNewsom and help energize voters. But could the situation in Afghanistan could complicate that?

I asked Newsom today. He brushed it off & said he looks forward to @POTUS’ visit. pic.twitter.com/cyWauuSfj0

“Joe Biden, my goodness, he pulls out the troops before the civilians are out, leaving all this equipment [in Afghanistan,” Elder said. “What could possibly go wrong? And then he falsely states that nobody advised him that this would likely happen, and that all of our advisors were okay with this.”

He continued, “He did this unilaterally. This was a NATO mission. He didn’t even advise our NATO partners he was doing this. This is catastrophic on every single level.”

Elder stated, “The Taliban [and] al-Qaeda have always been threatening. Let’s remember why we went into Afghanistan in the first place. Recall, we were able to expel the Russians. We pulled out. That’s when the Taliban allowed al-Qaeda to come in and use that ground to stage 9/11. We went in there not to create a Disneyland, not to create a democracy, but to make sure we did not have another attack. We used to have tens of thousands of troops there. We got it down to around 4,000.” 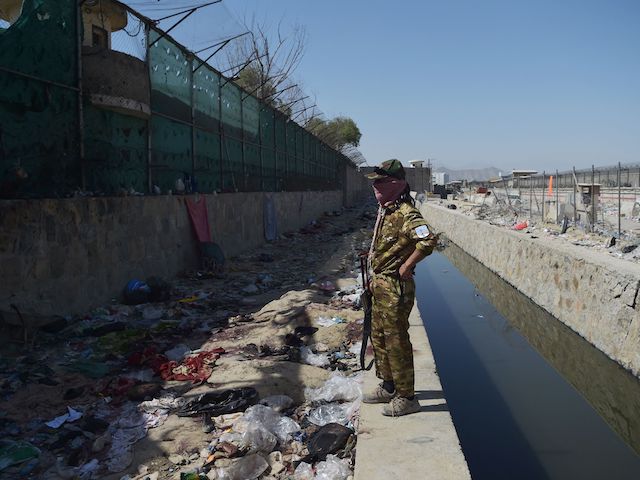 “As far as I was concerned, I thought the mission was accomplished, meaning we kept people, we should keep people there, make sure we still have our intelligence apparatus,” he added. “Make sure that the Afghan army had our assistance, should they need it.”

Elder noted that nearly 70,000 U.S. military personnel are stationed in Europe with nearly 30,000 in South Korea.

He stated, “The idea that all of a sudden — because we’re bored … because we’ve been there 20 [or] 21 years — all of a sudden the whistle goes off, we pull out. I thought it was foolish, and I thought that when people on the left and the right made that assertion, it was also foolish.”