Protecting election integrity is essential to the preservation of American self-governance against the threat of globalism, Ken Blackwell, former mayor of Cincinnati, Ohio, said on Friday’s edition of SiriusXM’s Breitbart News Daily with host Alex Marlow.

Blackwell, former chairman of the U.S. Census Monitoring Board, discussed his most recent project as chair of the America First Policy Institute’s Center for Election Integrity. The initiative, among other things, will encourage concerned citizens to volunteer as poll workers to protect election integrity. 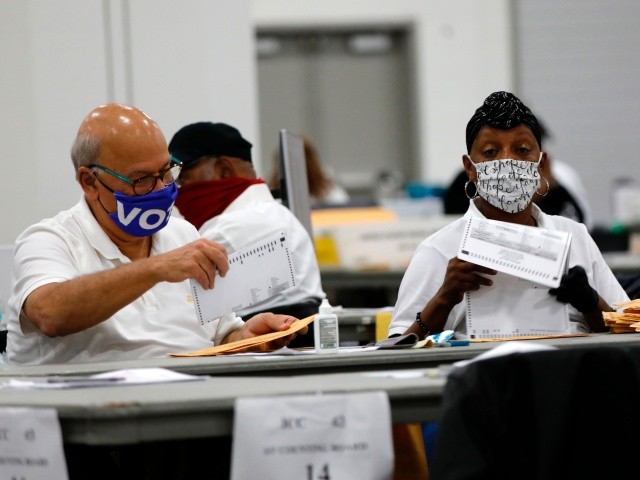 “We are encouraging [people] … to sign up for our grassroots efforts,” Blackwell remarked. “What we’re doing is telling people to do what you can, where you are, with what you have. And that means you start at the precinct level in your neighborhood, in your county.”

He continued, “Sign up to be a poll worker — not an observer — but a poll worker. That puts a set of eyes [and a] set of hands right there where elections are initiated and where they matter. Self-governance starts with involvement. … The human condition isn’t a spectator sport, so you can’t just sit on the sidelines. We are encouraging people to get involved on the front lines in their neighborhood.”

The Center for Election Integrity stated it “will work to amplify the importance of voter identification, require ballots to be returned by election day, stop the practice of ballot harvesting, ensure voter rolls are consistently cleaned and kept up to date, prohibit the privatization of elections, and litigate cases of voter fraud.”

Blackwell said election security is a prerequisite for addressing national challenges such as border insecurity and illegal migration, left-wing and partisan Democrat politicization of law enforcement, and racial agitation through Critical Race Theory.

“This is already taking place,” Blackwell said of conservative grassroots activism against an increasingly leftist government. “If you see the enormous energy and the pushback against Critical Race Theory — which is nothing more than the left’s state-sponsored racism — there are just individual citizens rallying and energizing their neighbors.”

He continued, “What we’re trying to do is to make sure that folks understand that whether it is open borders, whether it is the advancement of state-sponsored racism, or whether it’s crime wave that’s associated with this effort to ‘defund the police,’ all of this comes together as a leftist movement as a status movement that that demands that we push back. Because as Frederick Douglass said, those who are whipped easiest are whipped most often.”

Blackwell emphasized the importance of action and agency to affect positive political change.

We are going to win this fight for free and fair elections in America, by making it to easy to vote and hard to cheat! pic.twitter.com/Ny1fiZHzIE

He concluded, “[The left has] created a situation where every town is a border town with this open borders nonsense. Not only do they want a nation without borders — which is just part of a one-world government elitist notion — they, in fact, want voters without borders. So if you want to fight back against open borders crime waves [and] defund the police advocacy, it starts with making sure that you protect the security of the ballot box.”