The analysis, conducted by the Center for Immigration Studies (CIS), used Census Bureau data to determine that from October 2020 to September 2021, the nation’s foreign-born population grew to about 45.7 million — an increase of 1.8 million foreign-born residents.

Those counted in the total include illegal aliens and legal immigrants. Hispanic foreign-born residents account for one million of the 1.8 million, or nearly 6-in-10 of all new arrivals over the last year.

The total number of foreign-born residents now living in the U.S. is now the highest ever in American history. Though the foreign-born share of the population remains historically high, it is not yet the highest on record. 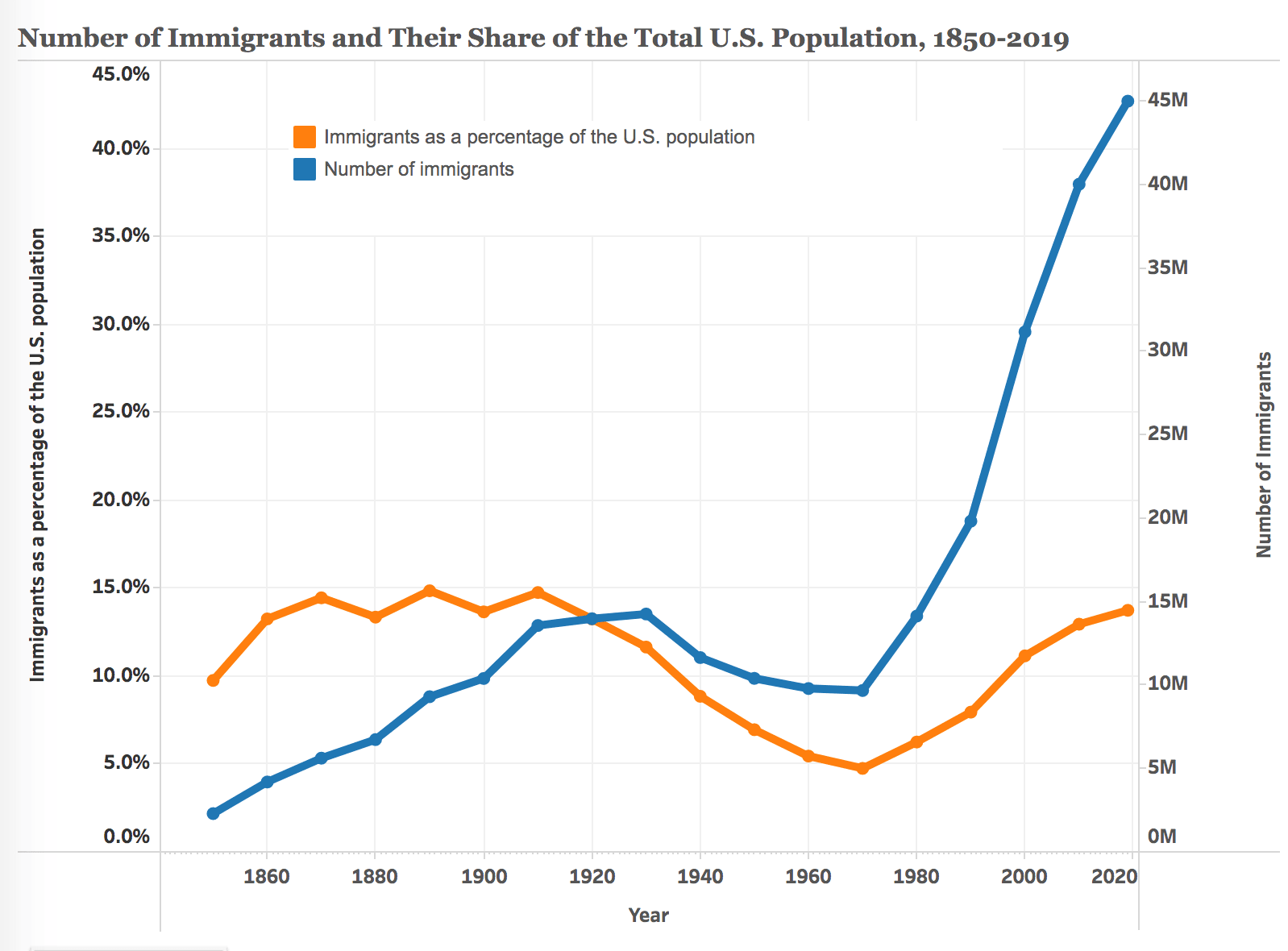 For perspective, in 1970, foreign-born residents living in the U.S. totaled 9.6 million. Since then, the foreign-born population has grown 376 percent.

The White House has been proactive in trying to grow the foreign-born population.

As a result, Biden has boosted naturalization rates.

The U.S. continues to have the most generous immigration system in the world — expected to bring in 15 million new foreign-born voters by 2041. About eight million of those voters will have arrived entirely from “chain migration” whereby newly naturalized citizens can bring an unlimited number of foreign relatives to the U.S.