77 employees of the city of Los Angeles have been placed on unpaid leave for bucking its coronavirus vaccine mandate, and another 700 staff members could follow in the coming weeks.

Los Angeles mandated all city employees receive the jab no later than December 18th or get an approved exemption.

Until then, unvaccinated employees have to submit to two COVID-19 tests per week, and $65 per test will be deducted from their paychecks. Employees have to get tested during their free time, and testing has to be conducted by the city or a vendor of the city’s choosing. Third-party tests will not be allowed.

“It may cost us some money up front but it has cost us a lot of money to lose people to COVID when they’re out. That has cost us arguably even more,” the mayor added.

Last month, Garcetti warned that city employees who defy the restrictions “should be prepared to lose their job.” 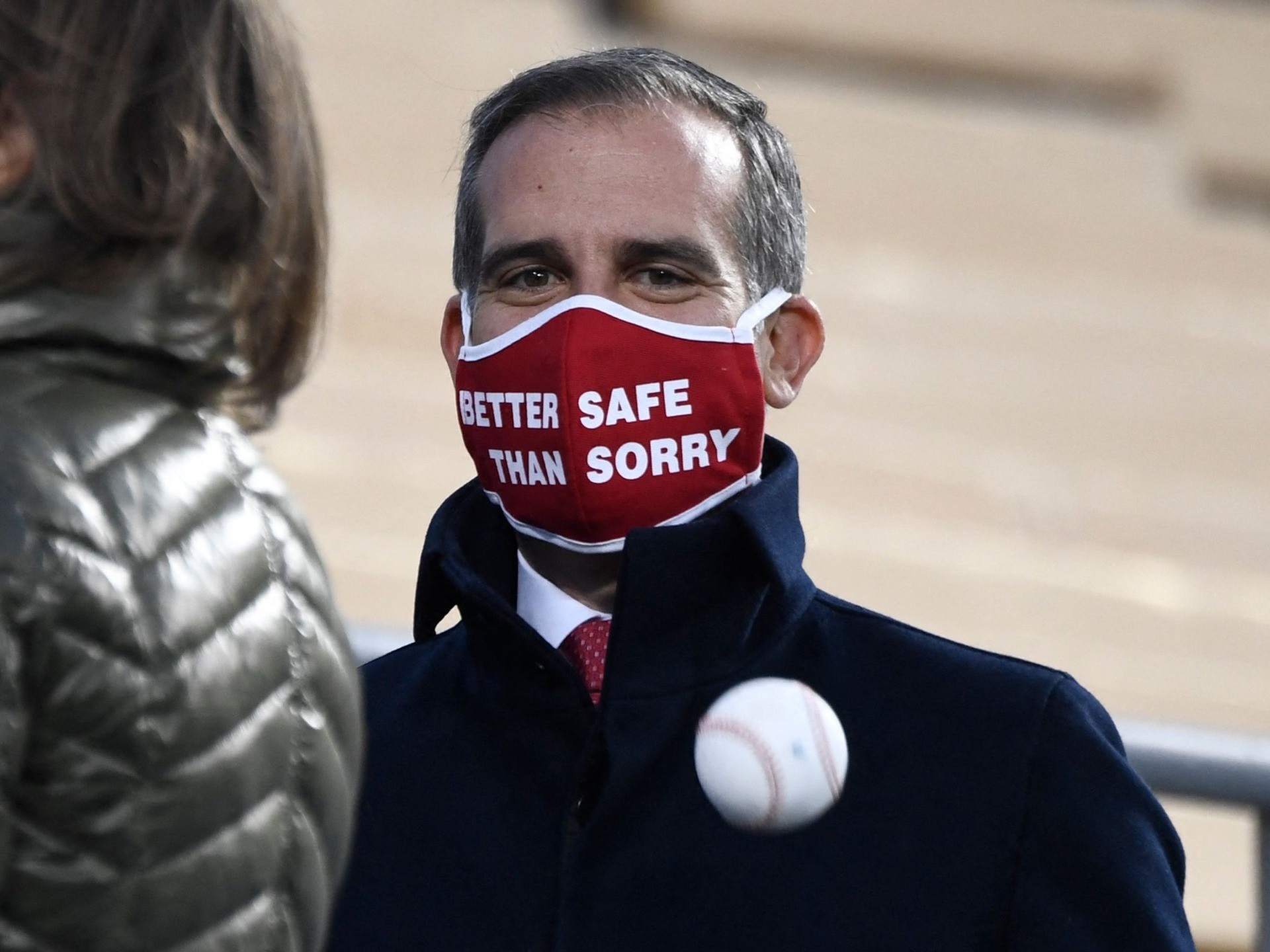 Los Angeles Mayor Eric Garcetti (R) stands with Dee Dee Myers, Senior Advisor and Director of the Governor’s Office of Business and Economic Development, before the State of the State address is delivered by the Governor of California at Dodger Stadium in Los Angeles, California, on March 9, 2021. (Photo by PATRICK T. FALLON/AFP via Getty Images)

Los Angeles County Sheriff Alex Villanueva affirmed recently that he will not enforce a vaccine mandate requiring officers to be inoculated against the illness or be fired.

Villanueva expressed concern that the mandate could spark an exodus in the department, stating that the Los Angeles County Sheriff’s Department (LASD) is already facing severe staffing challenges.

“It’s actually disrupting our ability to provide public safety services to Los Angeles County,” he said during a press conference at the time.