“Never has religious liberty been more seriously threatened than it is today,” writes Dr. Donohue, noting that the culprits behind the latest offensive are Biden’s Office of Civil Rights (OCR) and Department of Health and Human Services (HHS).

Donohue observes that a draft memo by OCR to HHS leaked to selective media outlets “indicates the Biden administration is planning to revoke the Trump administration’s policies governing religious liberty, including conscience rights.”

Leading the charge is HHS Secretary Xavier Becerra “who has long record of trampling on religious liberty,” Donohue states, and who as California Attorney General “sued the Little Sisters of the Poor for resisting the HHS mandate of the Obama administration.” 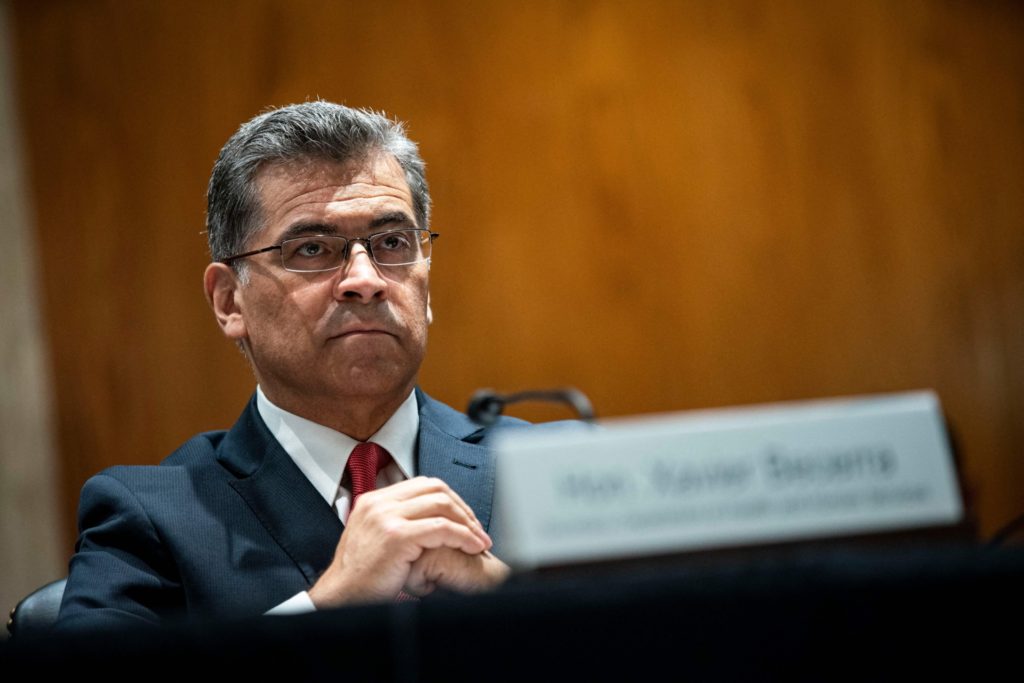 US Secretary of Health and Human Services (HHS) Xavier Becerra testifies before a Senate Appropriations Subcommittee hearing titled “The President’s Fiscal Year 2022 Budget Request for the US Department of HHS,” in Washington, DC, on June 9, 2021. (Photo by AL DRAGO/POOL/AFP via Getty Images)

According to the leaked memo, OCR argues that the Trump administration “took an expansive view of the use of RFRA that resulted in negative impacts for underserved communities,” which means that the previous administration blocked attempts by “radical homosexual and transgender activists to impose their secular agenda on religious institutions and agencies,” Donohue adds.

Meanwhile, Becerra is “actively seeking to gut a wide range of religious liberty exemptions that lawmakers and the courts have granted,” Donohue asserts. “He is doing an end run around legislators, appealing to the courts to satisfy his agenda.”

Recent court filings indicate the Biden administration is pursuing “transgender rights” and “abortion rights,” which demands “the destruction of religious liberty exemptions put in place by the courts, lawmakers and administrative agencies.”

“More than any other entity, it is Catholic institutions that are under the most severe attack,” Donohue observes.

“If Biden gets his way, Catholic doctors and hospitals will lose their autonomy,” he adds. “They will either have to shut down or bend to the anti-Catholic norms of his administration.”

Donohue also denounces Biden’s invention of a purported right of “socially infertile” single persons and homosexual couples to receive fertility treatments, on the grounds that these people cannot “reproduce via sexual intercourse due to social factors.”

Donohue argues that there are several pieces of legislation written by Democrats, such as the Equality Act, that are “designed to crush Catholic institutions, but they have been stalled in committee due to their lack of public support.”

“That is why OCR and HHS have elected to bypass Congress and seek court approval for their extremist policies,” he states.