A federal judge on Monday issued a nationwide injunction on President Joe Biden’s executive order to halt oil and gas operations on all federal lands in the name of fighting so-called climate change.

Louisiana Attorney General Jeff Landry led the lawsuit joined by 12 other states and reacted to the court’s decision, calling it good for America.

“This is a victory not only for the rule of law, but also for the thousands of workers who produce affordable energy for Americans,” Landry said. “The President’s Executive Order abandons middle-class jobs, cripples our economy, and hits everyday Americans where it hurts the most – their pocketbooks.” 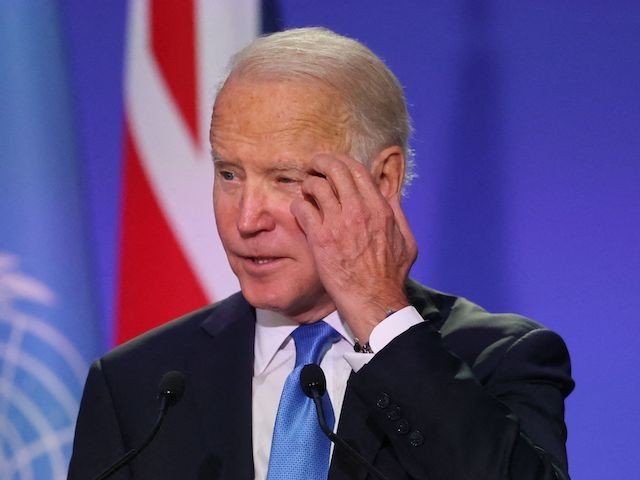 In last week’s oral arguments, lawyers from Attorney General Landry’s Office said that Biden Officials cannot legally halt all lease sales because Congress, by statute, has commanded that such lease sales happen on a regular basis. They cited the Outer Continental Shelf Lands Act and the Mineral Leasing Act as explicitly prohibiting the Biden Ban.

“By executive fiat, Joe Biden and his administration have single-handedly driven the price of energy up – costing the American people where it hurts most, in their pocketbooks,” Landry said when the lawsuit was filed. “Biden’s executive orders abandon middle-class jobs at a time when America needs them most and put our energy security in the hands of foreign countries, many of whom despise America’s greatness.”

The lawsuit stated, in part:

The Outer Continental Shelf Lands Act and Mineral Leasing Act set out specific statutory duties requiring executive agencies to further the expeditious and safe development of the abundant energy. In compliance with those statutes, the Department of the Interior has for decades issued leases for the development of oil and natural gas on public lands and offshore waters.

“For decades, Congress has embraced responsible development of our natural resources as a means of achieving energy independence – a matter of national security,” Landry said. “They have discarded vulnerable dependence on foreign oil, which is why the court should reject the Biden Ban.”

In addition to Louisiana, the following states joined in the lawsuit filed on Wednesday in the United States District Court for the Western District of Louisiana: Alabama, Alaska, Arkansas, Georgia, Mississippi, Missouri, Montana, Nebraska, Oklahoma, Texas, Utah, and West Virginia.

Biden and other Democrat leftists claim that the fossil fuel industry must be shut down to save the planet from so-called climate change. Under former President Donald Trump, the United States was energy-independent for the first time since 1957 and no longer relied on foreign energy sources.

In this Nov. 3, 2015, photo, the Keystone Steele City pumping station, into which the planned Keystone XL pipeline is to connect to, is seen in Steele City, Neb. The Obama administration says Nov. 4, it is continuing a review of the proposed Keystone XL oil pipeline, despite a request by the project’s developer to suspend the review. (AP Photo/Nati Harnik)

Since taking office, Biden has not only halted oil and gas production on public lands but also shut down the Keystone XL Pipeline, which created energy and jobs and benefited the economies of numerous western states with public land.

The case is Louisiana v. Biden, 2:21-cv-00778 U.S. District Court for the Western District of Louisiana.

Editor’s Note: At the time of publication, this article incorrectly stated the United States became energy-independent under President Donald Trump for the first time ever. The article has been updated to accurately reflect previous times of energy independence in U.S. history.