Most Americans agree that the government does not have the right to force Americans to violate their religious beliefs — a topic that has risen to the spotlight as President Joe Biden attempts to force Americans to get vaccinated for the Chinese coronavirus — a Summit/McLaughlin and Associates survey released on Tuesday found.

The survey asked respondents, “Does the government have the right to force people to participate in practices that violate their religious beliefs?”

An overwhelming majority, 75 percent, said “no,” while 16 percent said “yes,” and 10 percent remained unsure or refused to answer. Notably, there is no true partisan divide in opinion, as a majority of Republicans (84 percent), independents (78 percent), and Democrats (64 percent), agreed that the government does not possess that right. When taking just those who offered an opinion into account, 81 percent said the government does not have that right.

The survey then asked respondents if religious exemptions for the Chinese coronavirus vaccine, specifically, should be “respected and protected in America.” Sixty percent said “yes,” while 27 percent said “no,” and 13 percent offered no opinion. A majority of Republicans and independents agree with that sentiment, as well as a plurality of Democrats. 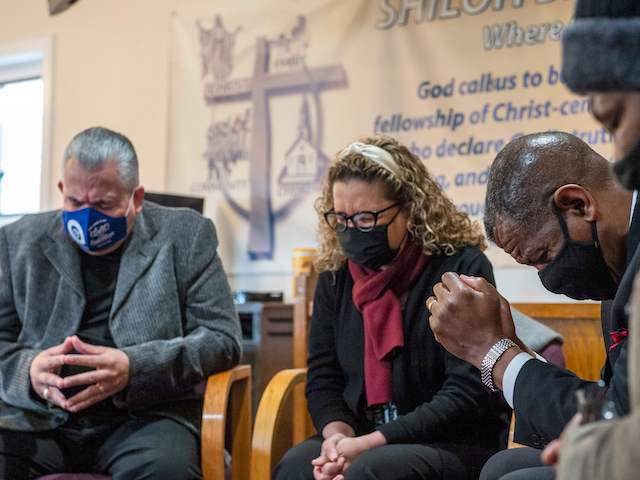 Moreover, 64 percent of those surveyed agreed that rights are “given to us by our Creator and not by the government.” Once again, a majority of Republicans, independents, and Democrats share that view.

The survey coincides with controversial remarks offered by Dr. Anthony Fauci, who said during an appearance in CBS Sunday Morning that former President Donald Trump had a “misplaced perception” about people’s individual rights during the pandemic.

“One of the things that to me was most difficult to accept is that we put together a good plan for how we were going to try and dampen down the spread of infection early on, thinking that that was accepted by everybody,” he said.

“And then, the next day, you have the president saying, ‘Free Michigan. Free Virginia.’ I didn’t quite understand what the purpose of that was, except to put this misplaced perception about people’s individual right to make a decision that supersedes the societal safety,” Fauci continued, describing it as “one of the things that, I think, went awry in all of this.”