Just two days after a red wave swept state and local elections across the nation, Biden released the details of his Covid vaccine mandate threatening millions of workers and small businesses. Biden couldn’t do his job, so now he wants Americans to lose theirs. The Republican National Committee is committed to fighting this egregious overreach every step of the way and has already filed a federal lawsuit to stop this unconstitutional decree.

Biden’s mandate would force small businesses with as few as 100 employees to require their workers to be vaccinated, strictly tested, or fired. He’s also forcing a similar mandate on our nation’s frontline health care workers, threatening their careers after they risked their lives to lead us through a pandemic. Between this and other regulations Biden has pushed, more than 100 million American workers will be under some type of Biden vaccine requirement — that’s two-thirds of all workers in the country.

Biden’s mandate is blatantly unconstitutional. Weaponizing the federal government to force private businesses to fire hardworking employees if they do not comply is a stunning abuse of power to accomplish his political agenda. Giving unelected, unaccountable bureaucrats the power to mandate vaccines for nearly one-third of the country is deeply undemocratic, and the White House knows it. Biden’s Chief of Staff Ron Klain practically admitted that they are using these regulations as “the ultimate work-around” for federal vaccine requirements.

But the mandate is not only unconstitutional. It flies in the face of individual rights. Making Americans choose between medical freedom and their livelihoods is a violation of personal liberty. While I am pro-vaccine, the Biden administration does not have the authority to force hardworking Americans to make a very private decision that could cost them their jobs and their ability to provide for their families. 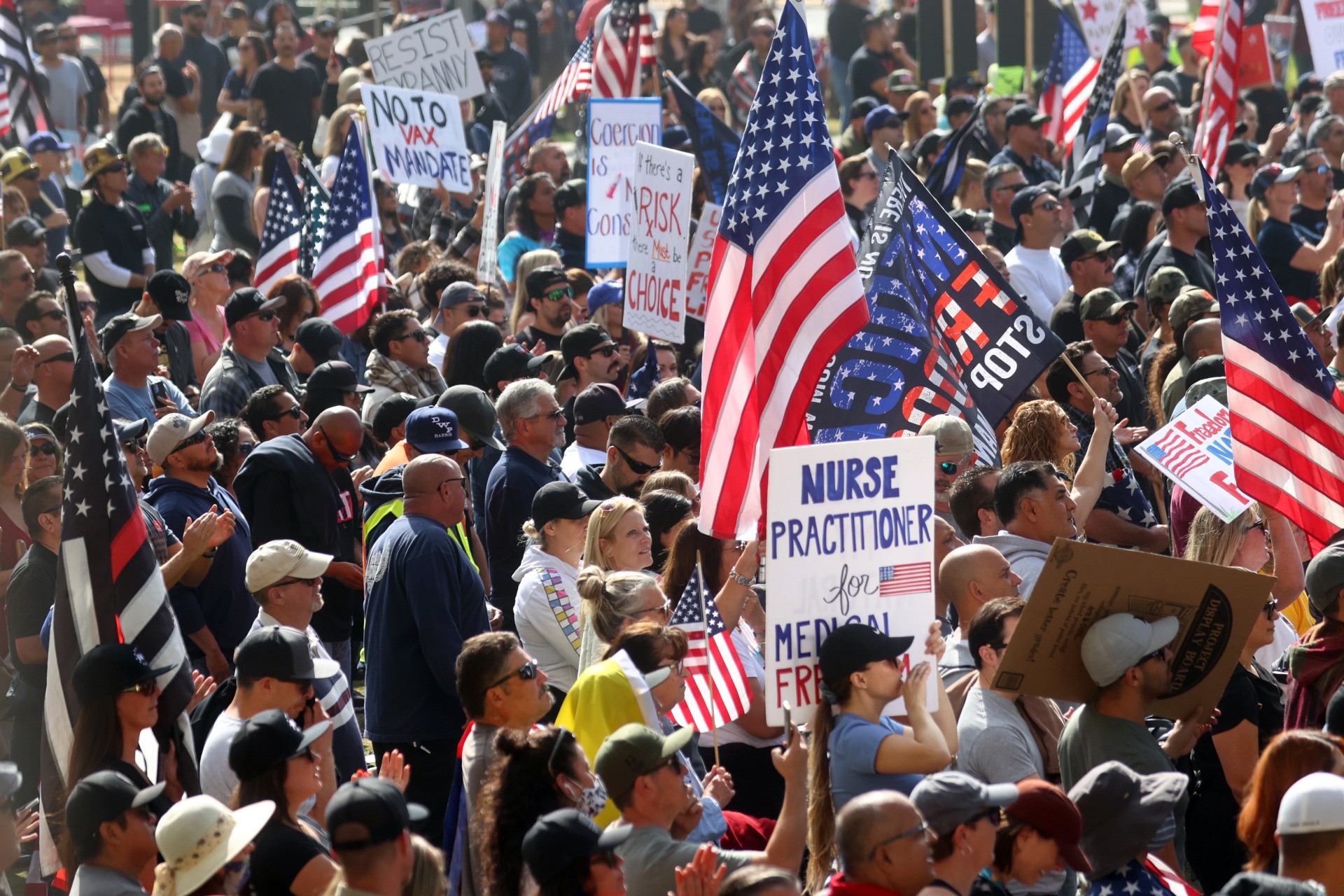 There’s an economic cost, too. Biden’s failed policies have already caused prices to skyrocket, driving up costs for businesses and making it difficult for them to retain their customers. Now Biden’s mandate would punish small businesses already stretched thin by Democrat lockdowns, labor shortages, and policies that paid workers to stay home rather than return to their jobs. Businesses who refuse to comply face fines ranging from $14,000 all the way up to over $136,000. That’s a heavy burden for businesses that are already struggling to stay afloat.

And yet, Biden had the audacity to assert, “Vaccination requirements are good for the economy.”

That’s obviously not the case. Already, half a million shipping containers with $24 billion worth of goods are stranded off the coast of California, unable to unload thanks to a labor shortage. The mandate will only make things worse. Some truckers are warning that this mandate would cause many drivers to quit, compounding the worst driver shortage the industry has seen in almost 40 years. Railway employees are also threatening to strike over the mandate. As the American Trucking Association put it, the mandate could “cripple the supply chain.”

In an aerial view, container ships are anchored by the ports of Long Beach and Los Angeles as they wait to offload on September 20, 2021, near Los Angeles, California. (Mario Tama/Getty Images)

Biden claims his vaccine mandates are “emergency” actions to protect workers, but if that’s the case, why don’t his rules go into effect until January? It’s clear what this is really about: attacking our frontline workers, first responders, small businesses, and the rights of the American people.

Biden’s attempt to force Americans into getting onboard with his agenda is divisive and unacceptable. That’s why the RNC is suing the Biden administration over its unconstitutional vaccine mandate. This is about so much more than a shot. It’s about defending the principles of limited government and individual freedoms that built America and made it great. We will maintain every legal option to fight this authoritarian overreach.

Ronna McDaniel is the chairwoman of the Republican National Committee (RNC).