Colorado is ushering in vaccine requirements for certain indoor events amid an uptick in coronavirus cases, an increase of 11 percent in the last two weeks, an amended public health order updated Sunday reveals.

Per the public health order, indoor gatherings of more than 500 people in Adams, Arapahoe, Boulder, and Jefferson counties, as well as the cities of Denver and Broomfield “shall require all individuals 12 years of age or older to be Fully Vaccinated to be admitted to the Indoor Event.”

Notably, the requirement does not apply to houses of worship. However, event venues that already have a vaccine and/or testing requirement in place may continue to operate in that manner until December 1, 2021. After that, those attending indoor events of more than 500 people in those specific areas must show proof of vaccination; a negative test will not permit admission.

The policy goes into effect November 19 and will last until December 31:

All unseated, private Indoor Events of greater than 500 individuals in all county and municipal government jurisdictions are strongly encouraged to implement a mandatory vaccine policy for all individuals, or at a minimum require the individual to produce a Negative COVID-19 Test to be admitted into the Indoor Event.

Colorado is currently reporting a daily average of 3,192 coronavirus cases, or 55 per 100,000, according to the New York Times’ map, last updated Monday. Meanwhile, Florida — where there are no mask requirements or vaccine mandates in place — is continuing to report the lowest case rate per capita in the nation, tied with Hawaii at seven.

Meanwhile, school districts in the Centennial State are struggling to operate because of teacher shortages — an extension of issues spurred by the pandemic. 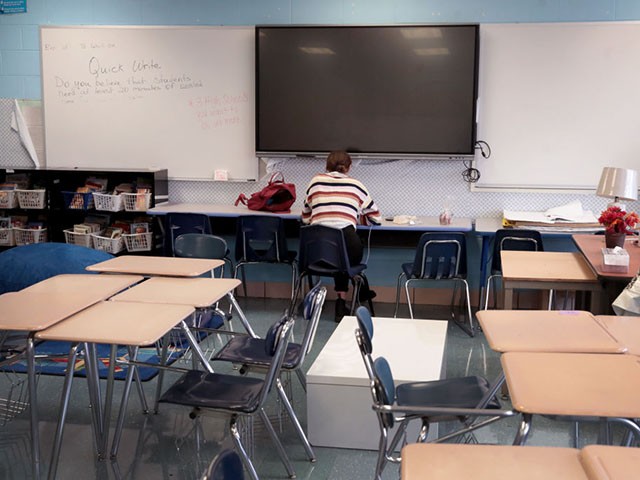 In Colorado, both the Boulder Valley School District and the Adams 12 Five Star School District, which is in Democrat-run Denver, canceled class on Friday because they did not have enough teachers to man the classrooms. In Boulder, 486 teachers reportedly took the day off, “leaving about 200 classrooms empty,” according to the district’s spokesman Randy Barber.

“Denver Public Schools has switched three schools to remote learning for the rest of this week and will close all schools on Nov. 19 for a preemptive mental health day, starting Thanksgiving break early for 92,000 students,” according to the report.

The vaccine mandate follows the more drastic action taken in areas such as New York City, which is mandating vaccines for all city workers and requiring proof of vaccination from individuals to participate in basic indoor activities, such as dining in a restaurant or going to the gym.